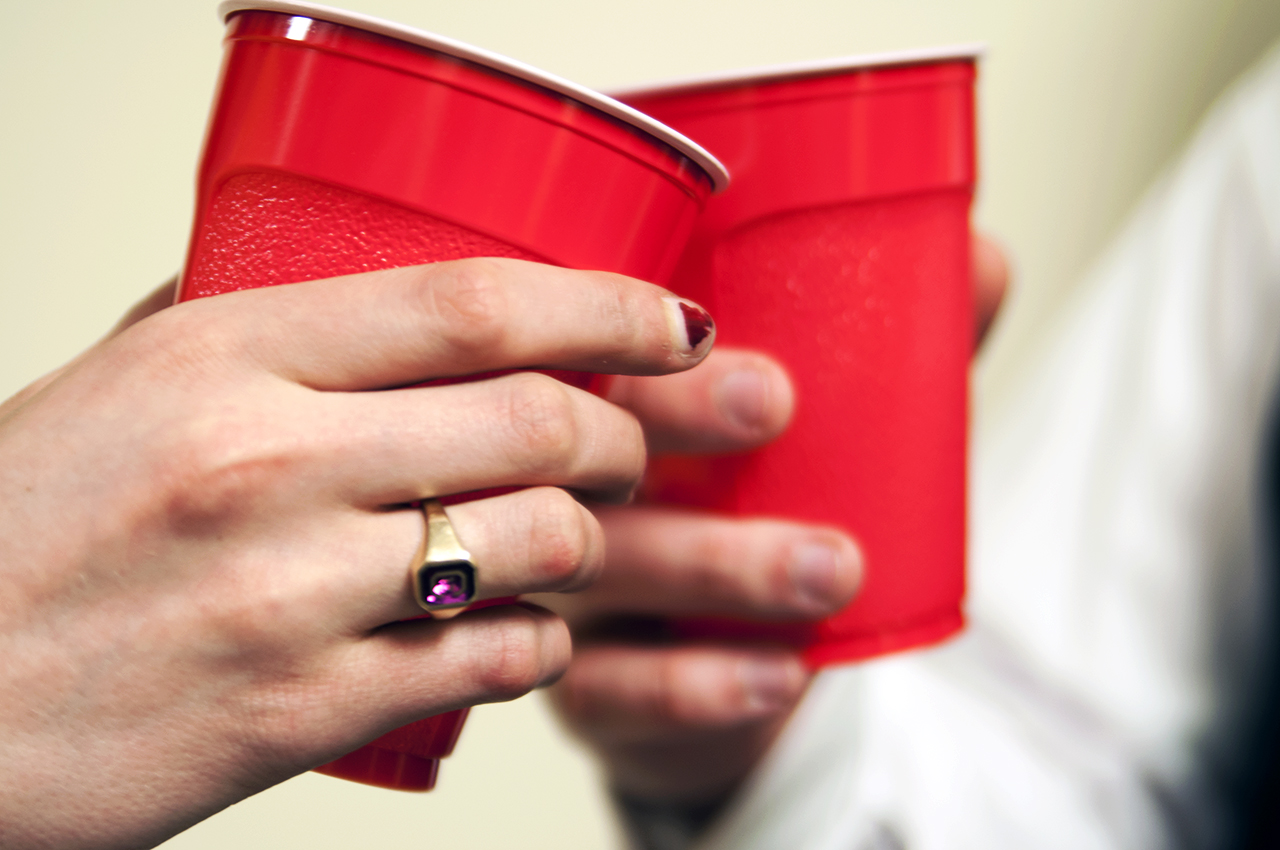 After she left for fall break, senior Natalie Dillemuth got a call from her roommate saying they had gotten an alcohol violation. Dillemuth, who lives in the campus townhouses, was fined $100 for having Mike’s Hard Lemonade in the apartment.

“I know that it was our fault for getting the violation because we shouldn’t have had (the alcohol),” Dillemuth said. “I think it’s kind of stupid because I’m legally allowed to have it.”

College drinking is seen often in movies and TV shows and, for some students, is part of the allure of college. However, most campuses have policies that restrict or prohibit drinking on campus.

Concordia has a strict “dry campus” drinking policy, explicitly stating in the student handbook that “the possession, use and/or sale of alcohol or illegal drugs by any student or their guest is not permitted on campus.”

So far this academic year, there have been 78 alcohol violations, and last year there were 161 violations.

Concordia’s drinking policy isn’t completely unique. Some schools, including St. Olaf College, have a very similar policy. According to their handbook, “the possession, distribution or consumption of alcoholic beverages is prohibited on the St. Olaf campus, on land owned by the college, and in college-owned honor and language houses.”

However, other schools, such as Gustavus Adolphus College, have different policies.  Gustavus’ student handbook states that the school prohibits the “possession or consumption of alcoholic beverages by persons under the age of 21. Providing alcohol to a minor, or assisting a minor in any way in obtaining alcohol… is also a violation of State law.” However, according to their handbook, alcohol use on campus by someone who is 21 years old or older is permissible.

Gustavus and other schools like St. Johns University align their alcohol policies with State and Federal drinking laws, prohibiting underage consumption along with possession and distribution.

Concordia’s alcohol policy is designed with those laws in mind but still doesn’t allow possession for students over 21 years old.

“If you look at the age of our student population, the number of people who are of legal drinking age is fairly small,” said Sue Oatey, vice president of Student Affairs.

She says that only 25 percent of seniors are living on campus, so most of the students are under the age of 21.

“That plays a part in conversations when you talk about a completely dry campus,” she said.

Dillemuth said that the ease of living on campus outweighed not being able to have alcohol on campus.

“But I’m looking forward to graduation so that way I can drink or even possess alcohol,” she said.

Drinking policies need to be enforced and understandable to students in order to limit the consequences of binge drinking. According to the Center for Disease Control and Prevention, binge drinking is defined as drinking five or more drinks in the span of about two hours.

According to the Century Council, an organization that strives to diminish binge drinking, drunk driving and underage consumption, 41 percent of 18 to 25-year-olds report binge drinking. The rates of binge drinking are highest among this age group.

Some of these are college students just starting college and potentially experiencing alcohol for the first time.

Oatey said this is one possible reason for some of the more serious incidents that have occurred this year involving ambulances being called to campus.

“My concern is if people become ill, often times friends feel like the best thing to do is to bring them home,” she said.  “But if no one is there to watch them, they can become ill and asphyxiate themselves.”

When students are in situations where they made need medical assistance, Jasi O’Connor, the director of Residence Life, says that the school doesn’t allow other students or staff to watch students who are in danger. If staff members determine that urgent care is needed, an ambulance may be called, and students can be taken to the hospital.

There are many other reasons to prohibit alcohol on campus besides health. Campus Security is often an underlying factor in determining alcohol policies.

“By prohibiting alcohol on campus, we can hopefully limit things like vandalism, violence and sexual assault,” O’Connor said.

The annual Clery Act Report, a yearly report that combines crime statistics with policies on campuses, illuminates on how alcohol affects those issues. The 2012-2013 Report for Concordia shows that in the last three academic years only one act of vandalism was reported and four instances of sexual assault.

Concordia looks at policy violations on a situational basis. Depending on the severity of the violation and how many times a violation has occurred, the penalty may be different.

If a student is in possession of alcohol, they are fined and required to take an eCHUG assessment. eCHUG is an online survey that assesses the amount of alcohol students use and offers statistics about alcohol usage.

There are incidents on campus when rumors of high levels of intoxication circulate, but those are isolated. Concordia has fewer violations than many of its MIAC peers, and the policy may be the reason behind that. However, student perception of the policy is mixed.

Junior Jenna Rosvold, who is 21 years old and lives on campus, says the policy is irrational and not well thought out.

“It’s unfair for those of us who are actually 21,” she said.

Junior Nicole Pachan, who also lives on campus, believes that it should be altered for those who are 21 year old.

“If it’s contained in your room or apartment, then you should be able to (drink),” she said.

Sophomore Ashley Robideau says she doesn’t care about the policy because she doesn’t drink, but she feels bad for those students who get in trouble because their roommates are possessing alcohol.

“I think it could be enforced in a better way,” she said.

Dillemuth believes it’s annoying as well as an inconvenience.

“When I cook dinner for my friends, I go to their apartment,” she said. “That way, we can have a glass of wine.”

This article was submitted by Mykayla Zwiener, a contributing writer. She can be reached at mzweiner@cord.edu