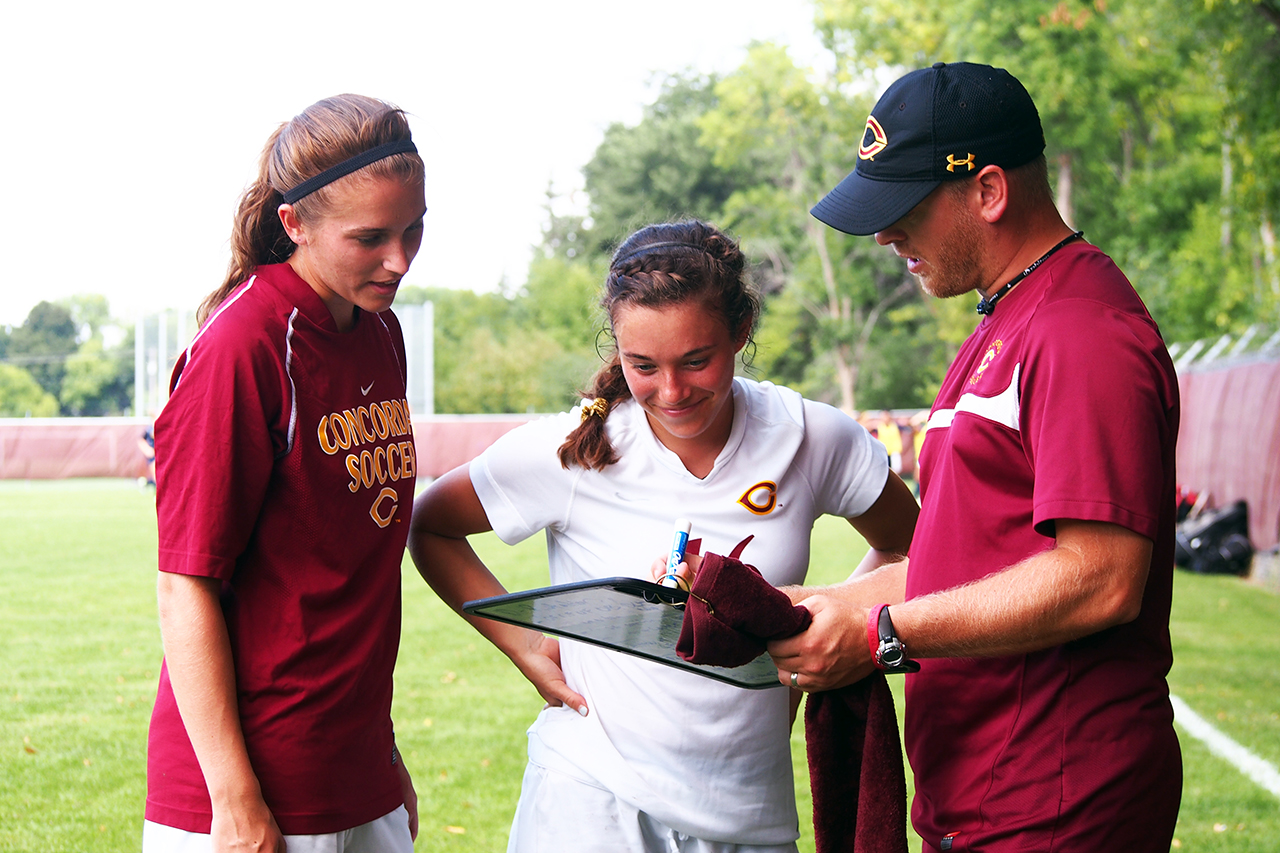 As the fall sports get the ball rolling, the women’s soccer team kicks off their season with new head coach Kevin Roos. A new head coach and 11 freshmen joining the program make this season one for major transitioning. Roos, Jess Scherr and Baylie Young all identified team chemistry as one of the main focuses this season.

Roos said, “In order for our program to be successful I think (team chemistry is one of the most important things.” When asked what team goals have been set for the season, team chemistry was at the top of the list for Scherr, one of the captains this season. Young, a sophomore defensemen, said that the team has a list of goals that are posted in their locker room. Along with building strong camaraderie, winning the MIAC championship, winning the playoffs tournament and making it to nationals made the list.

When it comes to the transition, once again Roos, Scherr and Young are in agreement about the rest of the coaching staff. They identified assistant coach Betsy Olesen, as a key piece in making this transition a smooth one. Olesen, like Roos, is a Cobber alumna. She played four years on the Concordia women’s soccer team. The 2013 season is Olesen’s seventh season coaching the women’s team. She brings a sense of familiarity to the returning players and knowledge of the traditions and routines of the team. “It has been a crucial part in this transition, having (Olesen) here,” Roos said.

When taking into consideration the 11 freshmen on the team, the upperclassmen have a lot of ways in which they welcome and incorporate them. The upperclassmen pair up with the freshmen during warm-ups and other drills to help make them feel comfortable and apart of the team.

Playing games, pulling pranks and hanging out together outside of practice are all ways they get to know the freshmen. Young remembers coming into the team as a freshman last year. “We were all so nervous… (But) the upperclassmen were all so welcoming,” she said. Scherr noted how silly the team is in general. “We are all super weird,” she said, adding that “They are as weird as we are,” referring to the freshman with a genuine smile on her face. “You can be yourself,” Young said.

Roos said the team places high value on always keeping the atmosphere fun. He said the way that the team acts toward each other is one of the things that excited him about the job. “For a lot of the girls it feels like family for them, their best friends are right there, and I think it’s important to have that,” he said. He pointed out that, of course, there are times to be serious, but he enjoys seeing how much fun the girls have together.

Whether it is getting used to a different coaching style or welcoming the freshmen into their soccer family, the team is adjusting well, Roos said. They have achieved their first regular season win against Stevens Point 1-0, and are prepared to take on their next opponents; Eau Claire in Wisconsin on September 14. The team’s next home game is September 21 against Gustavus.