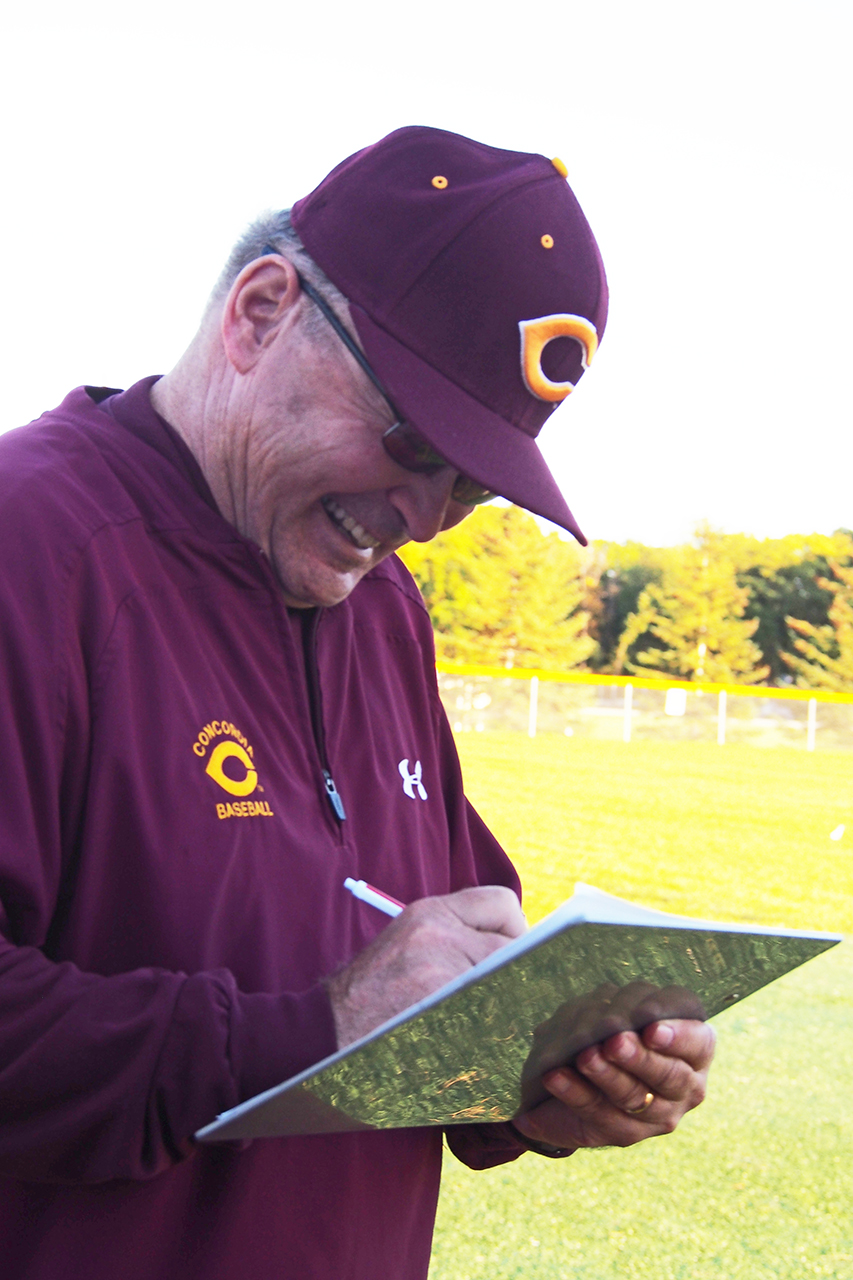 For the past 36 seasons, Bucky Burgau has held the role of head coach for Concordia’s baseball team. Burgau’s coaching style has enabled Concordia to win 662 games and 403 MIAC tournaments. At the end of this season Burgau will be switching roles with the team’s assistant coach, Chris Coste.

Junior Mike Rose was not shocked when Burgau announced Coste would take the role as head coach.

“After practice he told us,” Rose said. “I think everyone thought Chris would take over.”

Coste’s current position has allowed him to be concerned with the coaching side of things. He feels the role he is taking on will be a smooth transition since Bucky has already allowed him to make game decisions.

“Bucky’s let me act as head coach by (enabling) me to do what I think is right,” Coste said.

Burgau thinks the knowledge Coste has gained over his first two years will enable him to continue bringing success to the baseball team.

“Chris has done a bulk of the recruiting,” Burgau said. “Any good coach knows how to manage stuff, and he’s had a good amount of input.”

Even with all the wins Burgau has experienced, he feels the diverse group of men he has coached have been his favorite part of being head coach.

“Despite what is said, the younger generation has not changed,” Burgau said. “Coaching the players that have gone through here has been great.”

Not only has Burgau done exponential things for Concordia’s baseball program, he has also helped players such as Rose.

“He changed my mindset of (making sure) you do everything you can on the field,” Rose said.

“I’ve seen the impact the Concordia athletic department has had on Bucky’s family,” Coste said. “That’s what I want for my family and myself.”

Currently Coste has been able to focus on the coaching part of things. However, taking on his new role will add a little more responsibility. Coste will now be in charge of scheduling games, organizing travel and being more involved with the game strategy.

Coste has experienced a variety of coaches. However, he feels creating an exciting environment will help him allow the team to continue on their victorious track.

“The best coaches find a way to make their sport fun,” Coste said. “The common theme among coaches is to motivate, (instill) confidence, prepare the team. Bucky did this and it’s what I’ll try to do.”

Burgau is very pleased he can continue to be part of the baseball program. However, he is looking forward to spending some time with his family.

“I really want to spend some quality time with my wife and grandkids,” Burgau said. “Reducing my role will also (enable) me to enjoy the purity of baseball more.”

Burgau hopes Coste sticks with his current involvement with the team and continues to enjoy the game of baseball once he takes his new role.

“Do your thing, be yourself,” Burgau said. “Enjoy the ride.”