Students participate in Take Back the Night 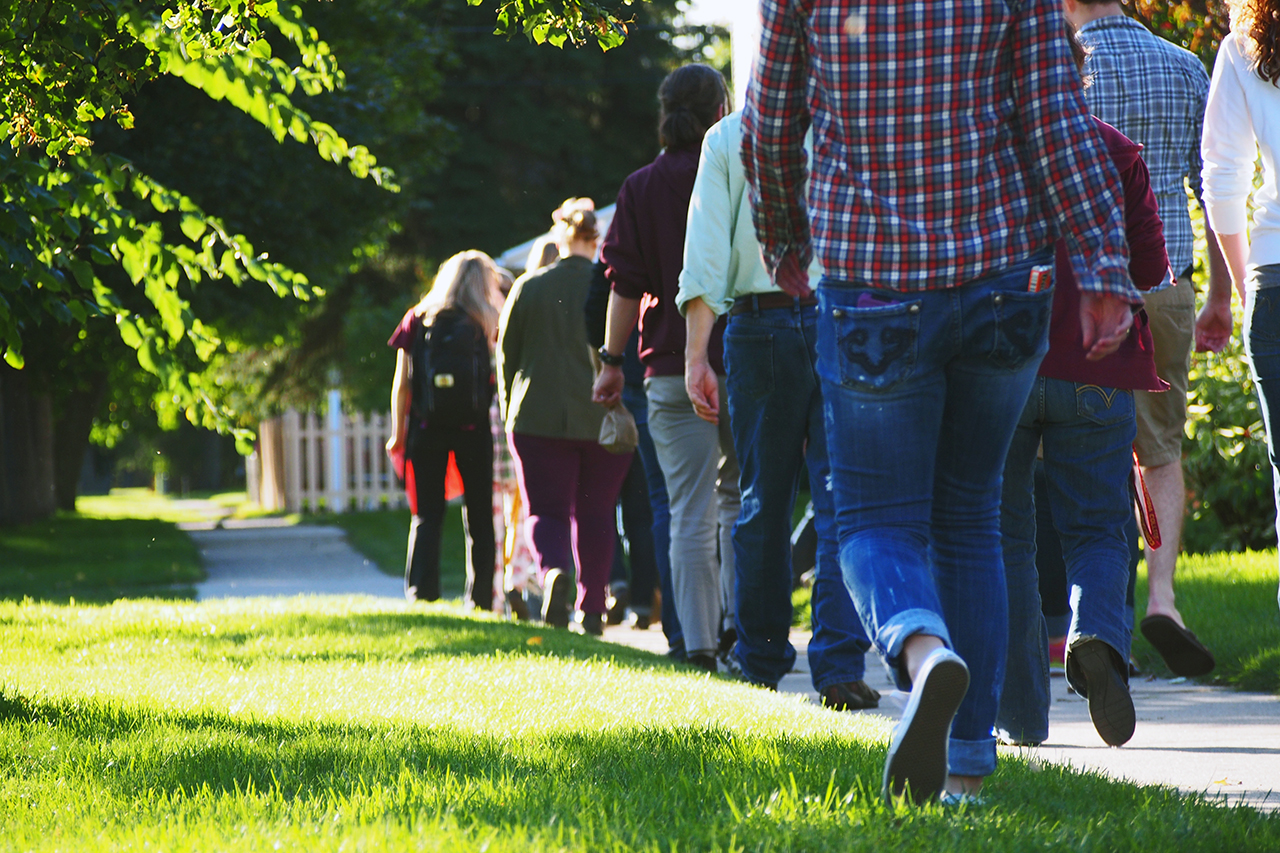 Around 40 Concordia students marched in Take Back the Night to raise awareness and spark dialogue on rape and domestic violence on Oct. 1.

The Rape and Abuse Crisis Center in Fargo, N.D. teamed up with Concordia’s Student Government Association and Campus Service Commission to march down Broadway in Fargo to protest the sexual assault and domestic violence that occurs in the Fargo-Moorhead area.

According to Michael Chambers, Concordia’s student government programs and events commissioner, the event occurred at night to reclaim safety in the dark both literally and figuratively.

“You shouldn’t have to worry about where you’re parking your car simply because you’re walking alone at night,” Chambers said. “You should feel just as safe as in broad daylight.”

Protesters met at the bell tower and walked to Island Park in Fargo to meet up with other members of the community. At the park, they heard the story of a sexual assault survivor and reflected on those who have lost their lives due to these crimes.

After the sun went down, the group marched down Broadway, loudly protesting and drawing as much attention as possible, according to Chambers.

There were no rape or assault incidents reported on campus last year, according to Concordia’s Campus Public Safety Report released last week. Campus Security has not received any reports of statutory rape or aggravated assault in the past three years.

Chambers was quick to point out that just because assaults are not reported does not mean they are not happening.

“Your neighbor, your friend, your sister or cousin could easily have a connection with sexual abuse or domestic violence, and you wouldn’t know,” he said.

Less than 50 percent of assault victims actually report the crime, and of the crimes, reported only 3 percent of rapists will ever spend a day in prison, according to the Rape Abuse and Incest National Network.

“Society and offenders tend to burden the victim with stigmas of ‘you were asking for it,’ ‘your skirt was too short,’ or ‘you were teasing and flirting,’” Chambers said. “When victims speak up, they have to relive the incident so many times, and it can be emotionally exhausting.”

A female survivor of sexual assault was asked to share her story with the participants and gladly obliged to raise awareness, according to Chambers.

The event was hosted by the Rape and Abuse Crisis Center in Fargo, N.D. to raise awareness in the community about these crimes. This is an annual event.

According to Chambers, for change to happen, Concordia students need to be aware of these incidents.

“This is an issue that happens on our campus and goes unreported,” Chambers said. “This needs to be addressed. We’re only going to move forward if we have these conversations.”