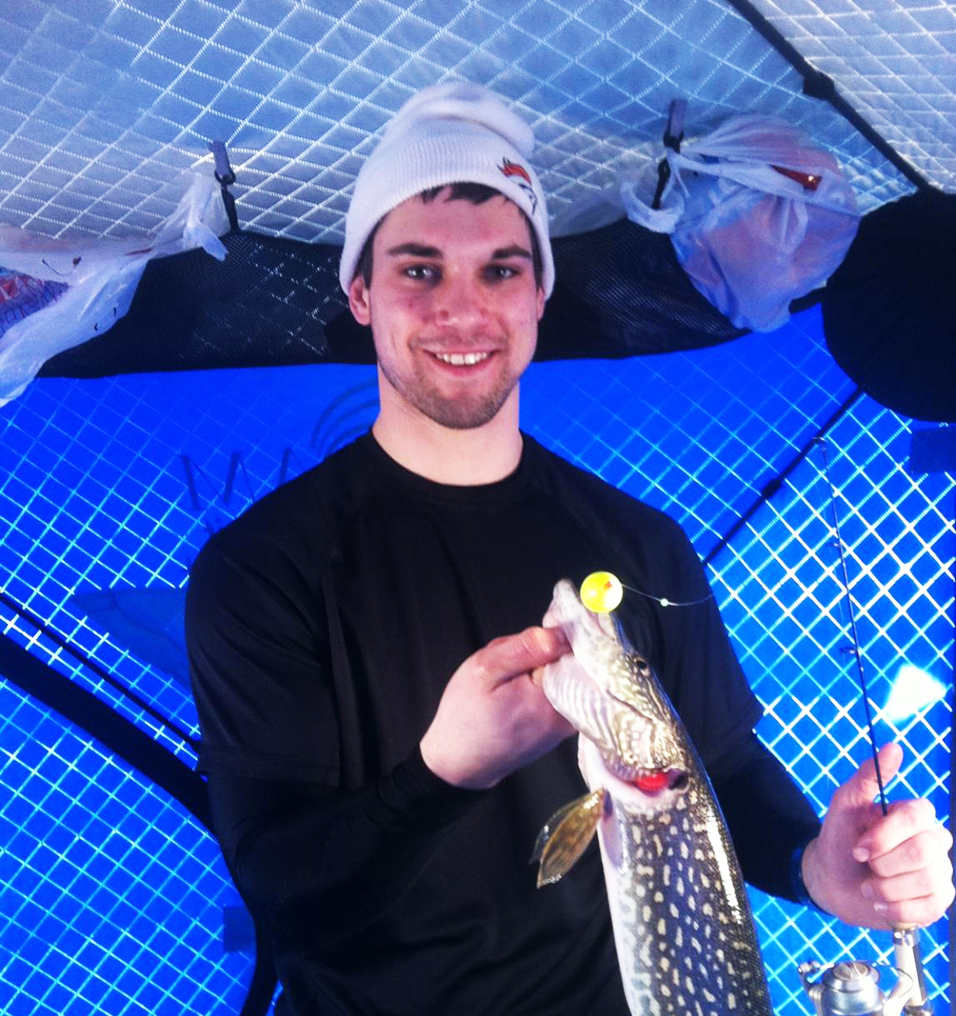 Although many of us are already counting down the days until we can go outside without having to bundle up, three fellow Cobbers are embracing the cold.

These individuals have grown up enjoying the chilling months because freezing temperatures means they can go ice fishing.

Ever since senior Chris Rud can remember, he has gone ice fishing with his family.

“My father and grandfather got me into it,” Rud said. “You can typically go from September to April.”

Senior Luke Gotta has also been ice fishing since he was a child. Throughout Gotta’s ice fishing career, he has had a variety of ice fishing adventures.

“I typically fish on the lake that my grandfather lives on,” Gotta said.

One of Gotta’s favorite memories is tip-uping in Canada on Lake of the Woods.

Tip-uping enables fishermen to know when a fish has accepted the bait.

This past Christmas break, senior Emily Royer devoted a week for some quality time on the lake.

“I went to Canada for a week with some of my friends and did some ice fishing,” Royer said.

Although Rud is no longer living at home, he still makes time to go ice fishing.

“I typically try to go every weekend,” Rud said. “Recently (my friends and I) have been making a rally to go about every Thursday night.”

Waiting to catch a fish may take some time, but making sure you are entertained is a must. One of the ways Royer and her family do this is by creating a variety of challenges for each other.

“(One time) my father dared me to eat a fat head minto,” Royer said. “They’re the bait for the fish and tasted like day old salted sunflower seeds.”

Rud stays busy by playing a variety of games and listening to music.

“I like to play what are the odds,” Rud said. “It’s also fun to jam out to music… typically One Direction.”

According to Rud, catching a fish of any size or type is a call for celebration.

“I’ve only caught seven fish,” Rud said. “When you get the fish it’s a good experience, (and calls for) celebration.”

Despite the chilling temperatures outside, Royer and Rud agree having a portable shack enables them to stay warm. However, because of the excess weight food brings, Rude has become accustomed to not having a lot of food while fishing.

Although the current cold spell has its downsides, Rud, Royer and Gotta’s way of making the most of it not only enables them to get outdoors but also helps them keep their family traditions going.