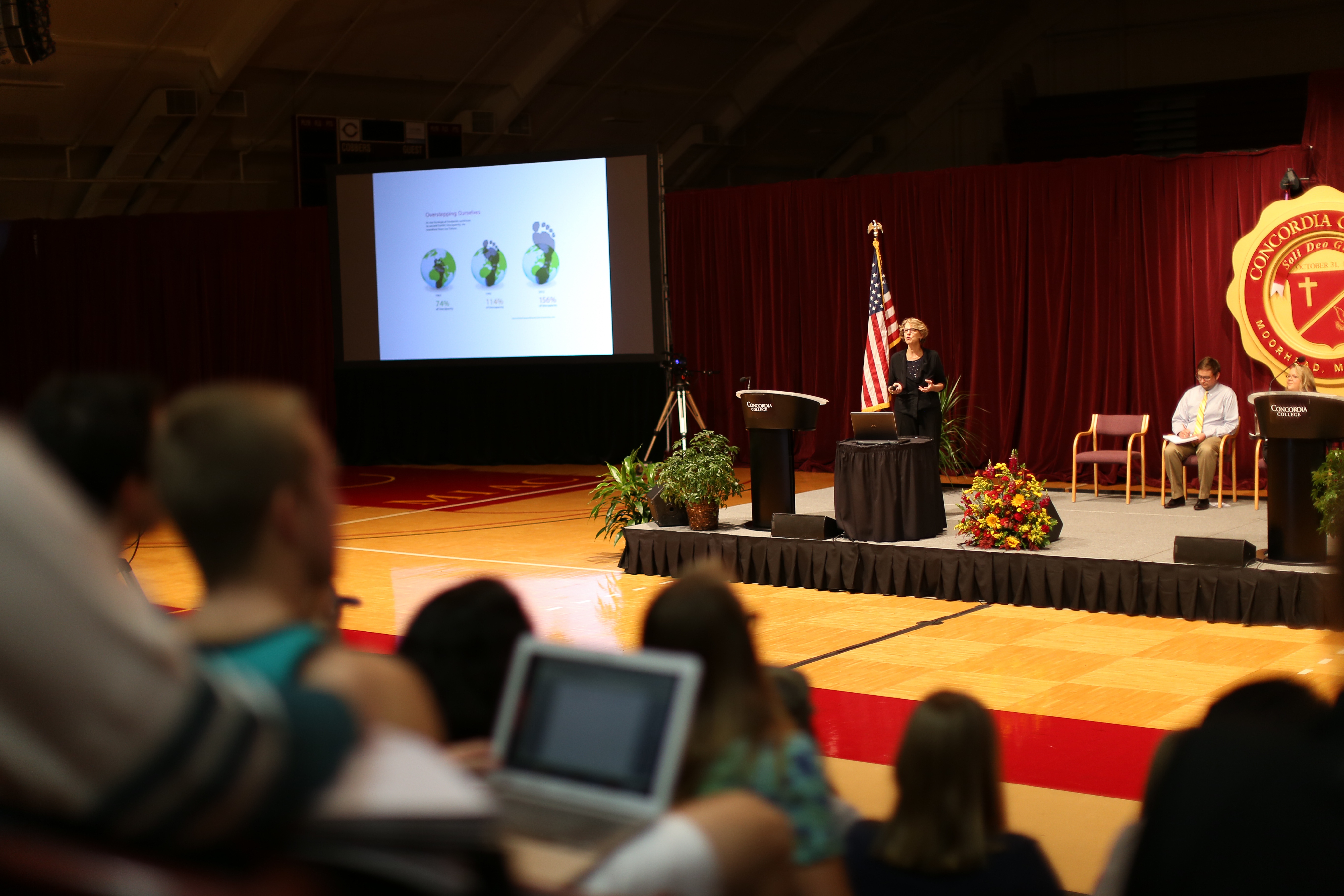 In accordance to Concordia’s symposium theme of sustainability, Schor, Economics Professor at Boston College, spoke about the current state of the environment and how it will soon refuse to carry our energy-hungry lifestyles. However, Schor wasn’t focused on the negatives.

Schor spoke of the “trade-off” with which we usually associate environmentalism.

“Historically, we have addressed one [issue] and the expense of another,” Schor said. “We really need to get out of that mentality.”

Schor gave Germany as an example, a country with 50 percent renewable energy and a thriving economy based around the production and installation of solar and wind generators.

Schor then presented her idea of restructuring western lifestyle and the surrounding economy using a four-step approach, offering several suggestions along the way.

She began by addressing the American lifestyle and its lack of free time for sustainable living. According to her studies, more free hours would allow for things like food cultivation and preparation, efficient transportation and self-sufficiency.

Free time would derive from fewer work hours. As all businesses experience productivity growth, they should focus on less labor instead of expanding. Though the idea contrasts from our current ponzi scheme ideology, Schor assured the audience that the economy could back it up by raising product price and quality.

With that in mind, Schor explained the need for what she called “High-Tech Do-It-Yourself.” With more hours of the day to practice sustainability, people should implement technology to both grow their own food and create their own energy through solar and wind power. According to her, people should strive to make their own products and avoid going to the store to buy cheap, disposable ones.

“Where have all the cigar-rollers gone?” Schor asked when suggesting high-quality, handmade products that are locally made.

Schor moved on to suggest “a new way of consuming” by sharing products and creating new ones together.

Some of the world’s most well-known products such as Firefox and Wikipedia exist because of communal efforts without pay. Shared space, goods and services can greatly reduce the amount of energy and resources needed to accomplish tasks. Schor mentioned Concordia’s new “CobBikes,” a shared bike rental system for students. With less demand for products and energy, our economy will require fewer work hours, fueling her recommendation of fewer work hours.