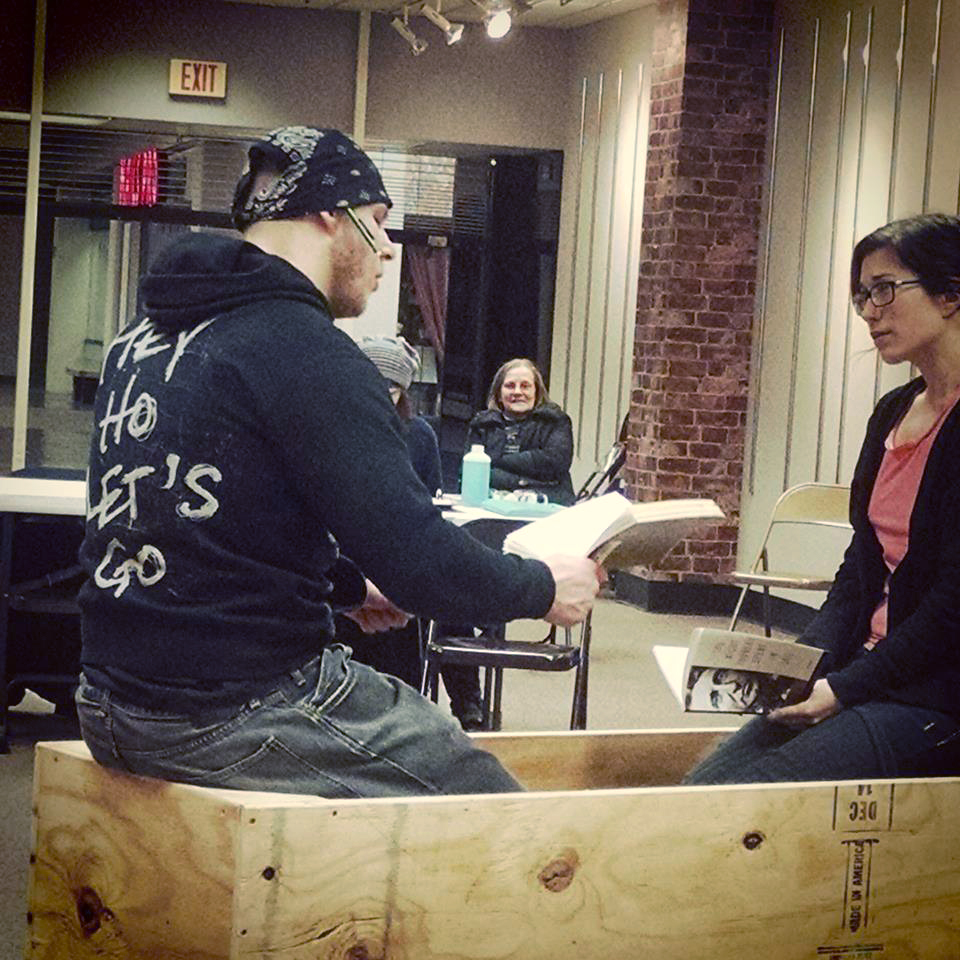 Following the Tin Roof Theatre Company’s performance of “The Night Thoreau Spent in Jail” on Saturday, March 21, there will be a Folk Jam Fest featuring original compositions by Jared Hoeft, a 2013 graduate from Concordia College.

Howard Taubman of the New York Times described the ideological relevance of the play to contemporary audiences, stating “this play and its protagonist, though they are of the 19th century, are speaking to today’s concerns: an unwanted war in another land, civil disobedience, the interdependence of man and nature, education, and the role of government and the governed.”

According to Hoeft, The production that night will consist of two segments: the first segment  will focus on Thoreau’s famous act of civil disobedience when he refused to pay taxes to the United States Government because he was opposed to their involvement in the Mexican War and was thrown into jail for doing so. The second part of the production, according to Hoeft, is called the “Folk Jam Fest” and will feature a variety of music composed by Hoeft that relate to Thoreau and his experiences.

Hoeft, who graduated with a Bachelor of Music degree with a concentration in music theory and composition, as well as a minor in mathematics, says that though composing music for the play has been daunting, it also has had its rewards.

“I hope that every person in the audience learns something new about Henry David Thoreau,” Hoeft said. “I’ve learned many interesting things about him while working on this project and I hope this event will provide similar historical education in an entertaining and exciting way. I hope my music shows audiences that non-modern poetry can be set to music in a way that makes it sound timeless, rather than old.”

Before composing the music, Hoeft read the poem several times aloud to get a better understanding of its innate musicality.

“I wanted to get a feel for how the poem flowed, where the natural dividing points between sections seemed to lie and how the content of the poem changed and progressed throughout,” he said. “At the same time, I listened to “Woodstock” by Joni Mitchell, and figured out how to play it by ear.”

With that base-line knowledge of both works, Hoeft delved deeper.

“With Thoreau’s words and Joni Mitchell’s musical language in my head, I started improvising and singing the words,” he said. “I quickly came up with most of the musical ideas for the piece, as I often do; the more arduous part of the process is forming these ideas into a cohesive unit.”

In addition addition to his song setting of “Nature,” Hoeft will also premiering an original song, “Voice with No Name,” and two piano solos, “Flight” and “Blind Again” for the production.

“These pieces offer musical contrast but make sense together in the context of the show as a whole,” Hoeft said.

According to Director Karla Underdahl, the Folk Jam Fest is set to take place after the performance on Saturday, March 21.

One of the biggest challenges of the production, according to Underdahl, is grasping the intellect of Henry Thoreau, who was an American author, poet and leader of transcendentalism, an anti-intellectualism movement that began in the 1800s.

“He has so much to say and has all these metaphors behind what he is saying,” Underdahl said.

Though Thoreau lived in the 1800s, Underdahl believes that his experiences transcend time and should not be considered archaic.

“What Henry Thoreau has to say is something we all should take to heart and learn from,” she said. “Henry Thoreau was the 19th century hipster. He was totally unique and his own person and I think [people] today will connect to that.”

2015-03-12
Previous Post: Cobber grad nominated for Teacher of the year
Next Post: Fishing for feminism on the internet