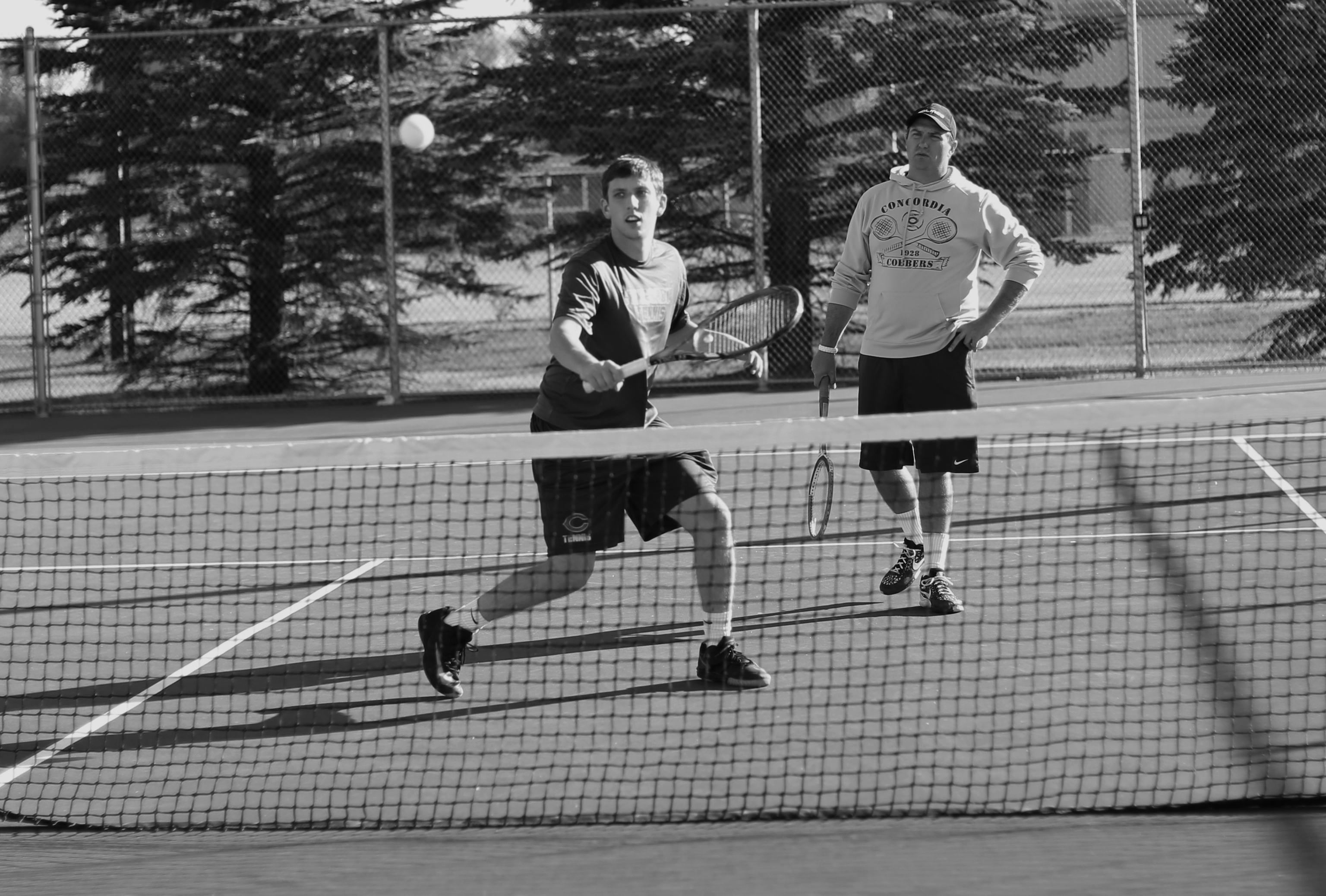 Although NCAA sanctioned play doesn’t start until the spring, the men’s and women’s Cobber tennis teams are preparing for competition happening in the fall. The Intercollegiate Tennis Association’s Division III Regional Championships held at Gustavus Adolphus will provide both Cobber tennis teams a chance to play against some of the Midwest’s best.

Schools from throughout the upper-Midwest will compete in the Midwest Regional hosted by Gustavus Adolphus. The women will take the courts Sept. 25 through 26 and the men will play Oct. 2 through 3.

According to their website, the ITA is a governing body of college tennis that oversees men’s and women’s varsity teams at all levels of play. It also provides a set of national rankings.

The 64-player draw provides competition outside of the usual MIAC school competitors and the large draw usually makes for some close matches according to Jade Haseltine, a junior on the women’s team. The draw, or tournament bracket, also provides a chance for the Cobbers to gain confidence going into the spring season.

Sophomore Isaac Toivonen says that the weekend should serve as a nice prelude to the NCAA season.

“I think it would be good if everyone got a win,” sophomore Isaac Toivonen said. “It’d be good to go into the [NCAA] season with one win under our belts.”

Toivonen says that he would like to make a run in the tournament like he did last year when he made it to the second day.

“I got a pretty favorable draw last year,” he said.

For senior captain Austin Storm, the weekend at the ITA Regional Championships provides an opportunity to have fun and learn the new strategies the men have been working on during fall practice. According to Storm, a winning a match will depend on the draw.

“We’re going to be playing some schools we won’t play again and they’ll be tough,” he said.

For the men, the fall has served as a time to work on the strategic aspects to the game. Positioning of double’s partners, ball placement, and set plays have all been the focus of improvement, according to Storm.

The weekend will also give the men a chance to see Matt Engum, a junior transfer from Purdue University, compete for the first time as he fills the void left by Zach Biggar, who graduated.

For the women, consistency has been the focus of fall practice according to senior captain Brittany Glatt.

“We’re trying to make the other person hit one more ball,” she said.

The focus on consistency not only means working on getting balls back into play and committing less unforced errors, it also extends to the mental aspects of the game.

“We need to not beat ourselves,” Haseltine said.

The women’s team has struggled in recent years as they continue to rebuild from the sudden departure of head coach Troy Hansted, who left after receiving another job offer in the fall of 2012. After Hansted’s departure, three women transferred out leaving the women’s program depleted.

But this year won’t be a year of looking in the past, according to Glatt.

“I feel like we’re more united as a team this year and we’ll come out showing a lot more confidence,” Glatt said.

ITA Regional Championships will provide newcomers Lisa Newmann and Breann Adamek their first taste of competition at the collegiate level.

“They both have strong tennis abilities,” Haseltine said.

The work ethic and dedication they bring to practice every day has not gone unnoticed either.

“They both really want to get better,” Glatt said. “They both have a really good work ethic and it keeps the rest of us accountable.”

Having won only two matches last year, the women look to compete at a higher level against some of the tougher schools in the conference.

“We’re looking to be a lot more competitive,” Glatt said.

The men are also looking to bounce back after a winless season last year.

“There are a few teams that we can definitely beat,” Storm said. “We lost some matches last year that we should have won,” Toivonen added.

The NCAA season for both men’s and women’s tennis will begin in January.