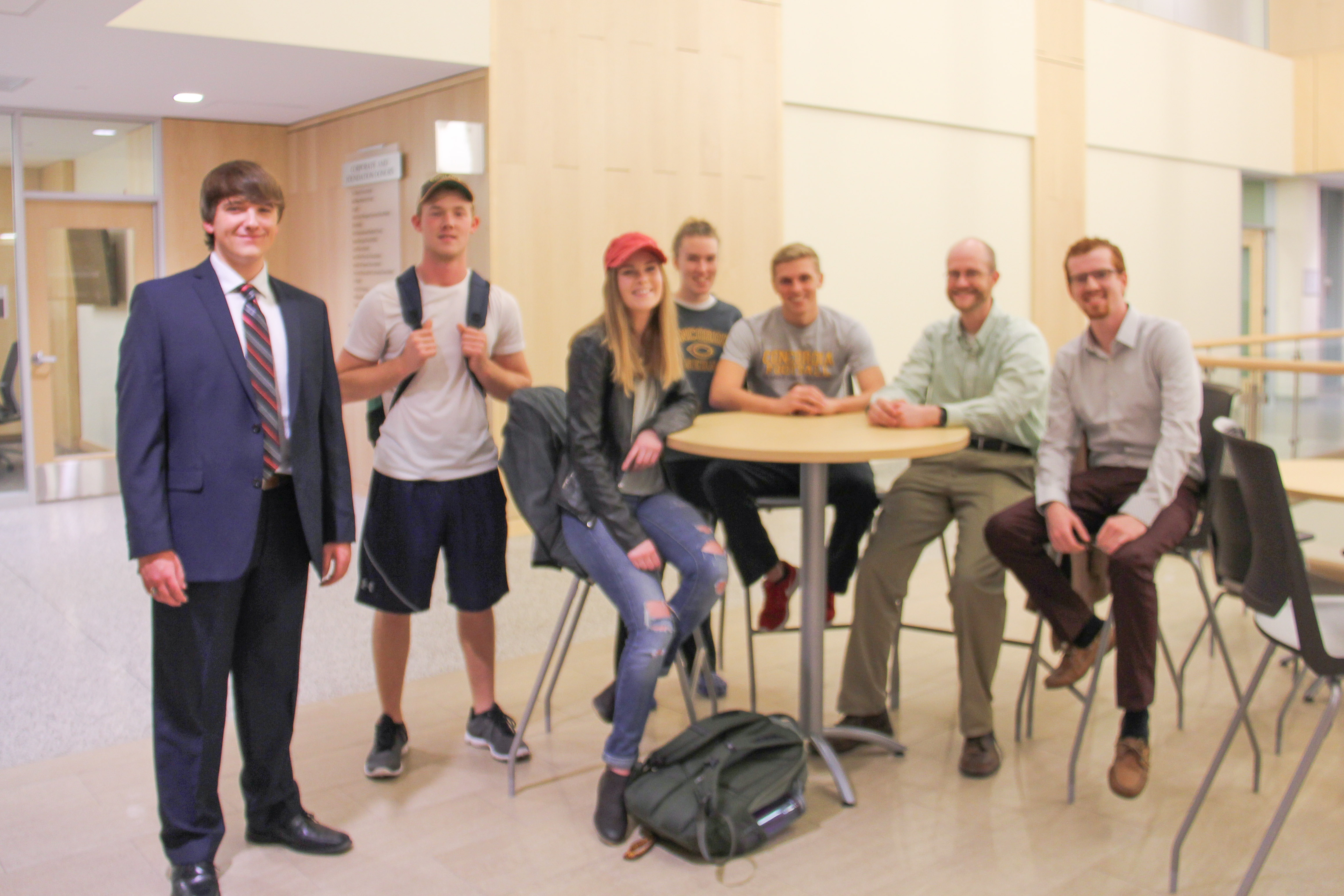 Entrepreneurial Inventing Club produced a hunting duck decoy as a way for students to get real world experience with inventing.

Entrepreneurial Inventing Club provides a collaborative environment for students to invent and create products that could receive patents, according to Michael Thompson, president of the club.

“[It’s] a place for students to have hands-on experience in their field,” Thompson said.

Students in the club have created an in­novative duck decoy, a product that is in the process of receiving a patent. A group mem­ber had listed complaints about their hunt­ing gear and the club brainstormed how to fix that, according to member Jacob Rose. Infor­mation on the specifics of the invention can not be stated due to the fact that they have not yet received a patent.

“It’s an innovative duck decoy,” Thompson said. “We’re doing some interesting things on a front that hasn’t been touched for a while.”

First, they brainstormed ideas and came up with the most feasible ideas with their giv­en abilities. Then, they worked it down to two or three products and brought it to a vote for the best idea.

The goal for this first invention is to make a more convenient duck decoy for waterfall duck hunters, Thompson said.

The brand new club chose this idea for their first product because they wanted to choose something they could produce within their skill set. Some of the other ideas may have been too tech-heavy to tackle for their first project, said Dr. Nathan Axvig, advisor of the club and assistant professor of mathemat­ics.

“At the meetings, it is everybody hands-on making stuff, doing stuff, throwing out ideas,” Axvig said. “It’s a collaborative effort.”

Next, they began research and assembly of the product. Since they have finished making the second prototype, they can move forward with the process of applying for a patent.

Member Noah Bowman’s dad, who asked to keep his name anonymous, is a patent lawyer and has agreed to help the club get through the process of applying for the pat­ent for their duck decoy invention. A patent would cost an individual around $20,000 dollars when going through a patent lawyer, according to Thompson. By working with Bowman’s dad, the club cuts their patent fees down to $500 dollars, Thompson said.

Thompson foresees the club applying for the patent within the next month. The amount of time this process could take var­ies. The goal is for the club to have something deliverable by the end of the year that they could possibly show at Celebration of Student Scholarship, according to Axvig.

Because of complications with the po­tential for this club to make a lot of money through patents, the club was denied to be­come an official SGA sanctioned club on cam­pus and is not officially affiliated with Concor­dia yet.

If they get approved for a patent, they have the potential of making $20,000 dollars, Thompson said, although this number could vary based on what the patent is worth when it is analyzed. This money could come from three different places. If they licensed the patent, they could make an agreement with a company that the company would make the product and sell it while the group would re­ceive payments from each sale or other pay­ment plan. They could also sell the patent for a fixed price. Otherwise they could made the product and sell it themselves. If the club obtains the patent, they would need to have a discussion about where the funds would go as well as the marketing and development is­sues.

Rose said they could also look at more efficient manufacturing methods, debating whether it should be produced in the U.S. or overseas. Then, they would need to make sure it is being made properly and ethically.

There is also the chance that they will not receive the patent.

“It’s great when you get something that works, so it’d be great to get the patent,” Ax­vig said. “I think the primary goal is to get stu­dents feet wet though. People say no to you all the time in the real world. If we don’t get the patent, failure will be a good learning experi­ence.”

Even if they don’t get approved for a patent on their product, they still gained the valuable experience of working with a team, bringing science and business together to create and invent a product.

“It’s a place where people can come from different areas and interact,” Rose said. “Our goal is to prove that multiple disciplines can come together and form an idea and make it happen.”

The students try their hand at inventing new products, taking them from the ideas phase all the way to the building phase.

“Students look at from tooth to tail, what product development looks like,” Axvig said. “It gets students hands dirty in the real world. It’s also a good place for students to express creativity.”

Axvig is impressed with the group’s efforts and enthusiasm for what they are doing. His role is to provide a sounding board for ideas.

“The group is very much self-propelling,” Axvig said.

Currently, the club meets once per week on Mondays at 7 p.m. in the Offutt School of Business. There are 12 members on the email list and about six of them are active, Axvig said.

The idea for Entrepreneurial Inventing Club was something Thompson approached Axvig with this summer. This club began meeting at the beginning of the semester and members have found out about the club by word-of-mouth.

They have not quite figured out where this money will go yet, but if they were to gener­ate funds, they would need a more structured way to decide where the money would go, ac­cording to Axvig.

They have been toying with the idea that they would establish scholarships for mem­bers of the club while some of the money would go back into the club to help with fu­ture project costs.

“We know for sure they want to be orga­nization that continues in the future,” Rose said.