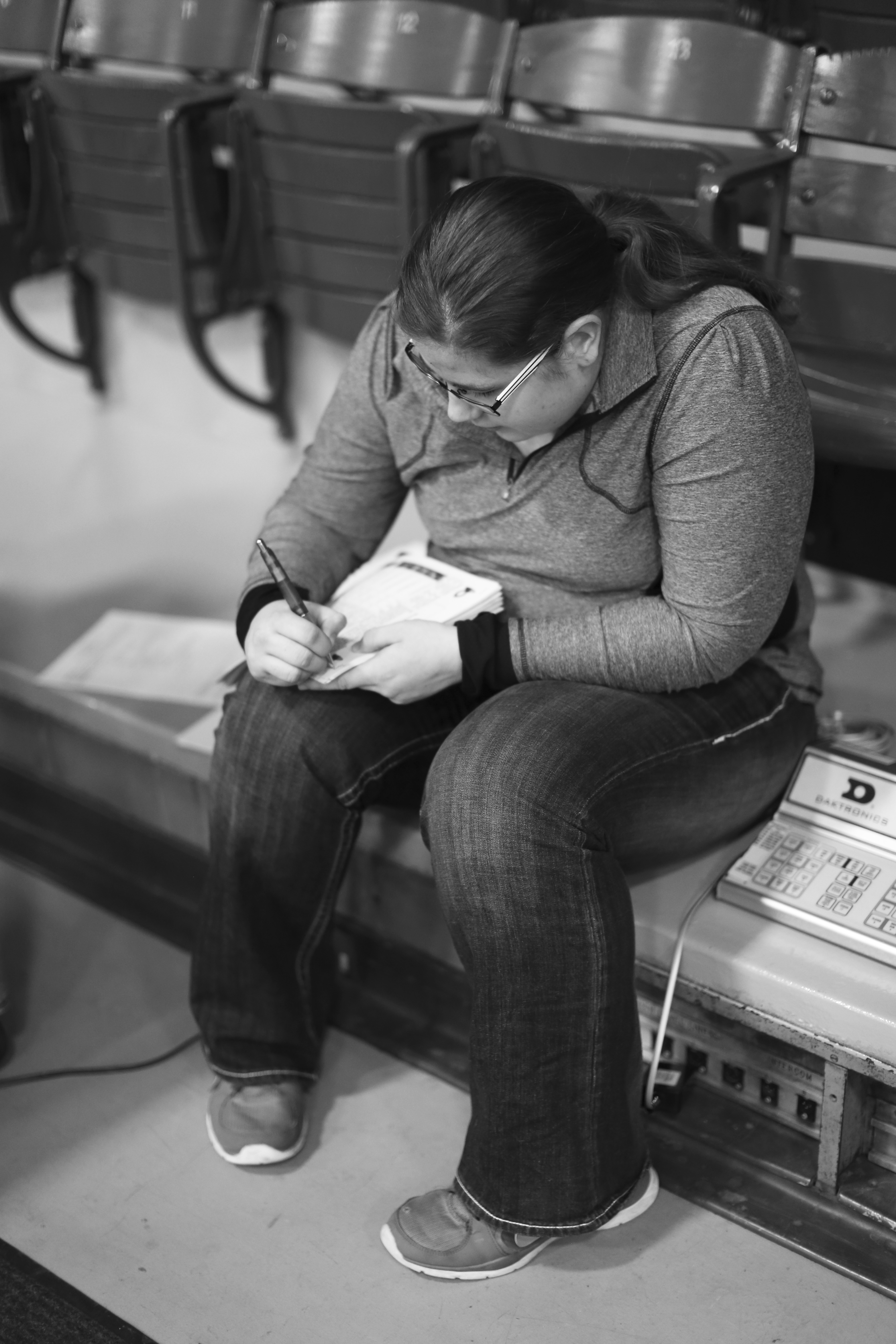 Every member of a sports team program has a role in the success of the team. Whether you play during the games, cheer on the sideline bench or sit next to the coaches and help with the stats, every person in the program has a specific role. Even the student managers.

According to the student managers, they put in just as much time as those that actually compete. They go to practice every day, they go to all the home games and they put in all

the same hours the players do.

“I would show up like 15 minutes early to practice,” said Aleah Schwitter, former softball student manager. “I would tape the bases down on the floor, bring out the catching gear and the bats. If they were doing batting cages I would set those up also.”

The softball season starts the first day of February, while the field is still blanketed with snow, resulting in a lot more work to be done in preparation for practice.

“When we moved outside it was less work because the field was already set up,” Schwitter said. “Once we moved outside there wasn’t a whole lot to do so I just did what they asked — ran errands — that kind of stuff.”

Every practice is a little different, meaning every student manager’s role varies.

For men’s basketball manager Phillip Onkka, he gets thrown into the mix of practice every once in awhile.

“I set up and take down practice, participate in any drills that they need me for. Any parts of practice, it depends what we are doing that day,” Onkka said. “They won’t let me shoot though, but I wish I could.”

Like the tasks they do, the reasons behind why they choose to manage vary.

“I managed basketball for five years at my high school,” Kreft said. “I actually suck at basketball, but wanted to be a part of the team.”

For Schwitter, it was a chance to be social with a variety of people.

“Since it was my freshman year, it was a good way to meet girls that I didn’t necessarily know,” Schwitter said. “I was expanding my horizon in that way.”

While Kreft and Schwitter did not participate in the sports they manage, Onkka played basketball before managing.

Onkka played basketball throughout high school and originally planned to continue his playing career as a Cobber, but plans changed.

“I tore my ACL in high school so my first year [at Concordia] I was kind of a manager slash getting work study because I couldn’t play,” Onkka said. “I played my second year, but it hurt too bad to keep going and I resumed my role [as manager].”

While they may not be running up and down the court or involved in hitting practice, they are just as much involved and spend an equal amount of time being the manager.

“It is a big commitment,” Schwitter said. “To like practice every day and it’s not your own practice.”

Attending practice every day and games on the weekends eat up a large amount of free time that they could spend doing other things.

“I have to wake up from naps to go to practice. That stinks sometimes,” Kreft said with a laugh.

While being a student manager is a time commitment it is a campus paid job where they get paid for practices and games, but to some, it’s more than just a paycheck.

For Onkka, it’s to be around a group that he has grown connected to.

“I just love the game,” Onkka said. “Being involved with the team. When they win you feel like you’re a part of it. Even though your role isn’t huge, you are still part of it.”