Just one way? I say nay

By: Ayah Kamel
In: Columns, Opinions
With: 0 Comments 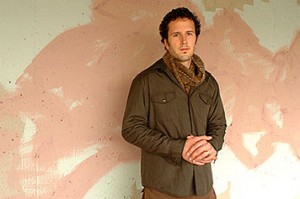 That lyric from Mason Jennings’ upbeat ode to religious pluralism has been lodged in my mind all week as the idea of absolutism has been brought up several times in various settings around campus.

During Thursday’s Soup du Jour conversation, Dr. Andrew Lindner of the sociology department asked attendees to consider why many in the Concordia community and the Midwest region as a whole find the existence of atheism to be a threat to Christianity. In her Society and Human Sexuality course, after a discussion on attempts in this country to codify a strict, puritanical conceptualization of morality into law, Dr. Natalie Peluso urged our class to push ourselves to think beyond a binary understanding of right and wrong, good and bad.

All over the globe, conflicts arise out of the search for an objective ‘right’ way to do things. In this country, opponents of granting rights to same-sex couples argue that homosexuality is wrong. Worldwide, followers of different religions conflict violently over the question of who is right and who is wrong. Sometimes, there is nothing at stake in these violent conflicts other than the attempt to prove a point.

Last September, Reverend Terry Jones of Florida threatened to hold a Quran burning to commemorate the terrorist attacks of 9/11. Amidst a media flurry condemning the planned burning, Reverend Jones ultimately agreed to abort his plan. Just last month, however, Jones decided to put the Quran on ‘trial’ for crimes against humanity. A jury of 12 of his church members found the Quran guilty and sentenced it to burning. This time, the burning was carried out. Muslims around the world, angered by the act and the implication that the Quran is not the holy word of God, have responded with anger. Protests have even resulted in a dozen deaths of civilians and UN officials in Afghanistan. All of this because one man cannot accept plurality.

What did Reverend Jones gain from his trial of the Quran? Nothing, except for making a statement that he believes that the Quran is wrong. What did protesters in Afghanistan gain from turning violent? Nothing, except for making a statement that they believe the Quran is right. On both sides, there is a clear refusal to accept that there may not be a right and a wrong, but does the question of right and wrong matter? Why does anybody have to be wrong?

It is hard for us to understand the legitimacy of difference because we fear that if others cannot be proven wrong, we have no way of proving ourselves right. If we want to push past the conflicts of our world, we need to move beyond the black and white question of right and wrong, and embrace the reality that we are not, nor will we ever be, all the same. More importantly, in matters of belief that do not cause anybody harm, we don’t need to be the same. We can believe different things about the world and still work together.

In fact, believing different things often enhances the experience of collaboration by bringing into conversation a greater diversity of perspectives. Mason Jennings’ question is an important one; ultimately, there isn’t just one way, and that’s okay.

Ayah Kamel is a senior Political Science and Global Studies major from Fargo. She has been verbally spouting opinions since she could talk and is happy to be able to write them down as a member of The Concordian’s opinion staff. Although Ayah does not yet know what the future holds for her, she has latent dreams of becoming the next Nicholas Kristof.