Oscar Buzz: Worth it?

By: Julie Guggemos
In: Film/TV, Variety
With: 0 Comments 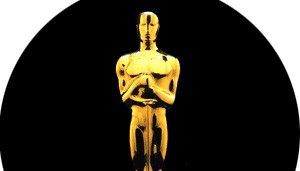 They’ve been talking about it for months. And by they, I mean the media, your hairdresser and that kid who never shuts up in your 8 a.m. class.

CNN’s “Headline News” previewed the types of dresses the starlets would wear. Lots of bright, poppy color, they speculated. In early February, Mike Myers and Dana Carvey, as Wayne Campbell and Garth Algar, gave their top Oscar picks on a renewal of the “Wayne’s World” sketch during “Saturday Night Live.” “USA Today” even ran a series about Oscar in the week prior to the show.

On Monday, the morning after the live telecast, “Good Morning America” and “The Today Show” dedicated airtime to Oscar recap. “The View,” as advertised just before the Academy Awards began, also featured information on “Winners and Losers,” “Glitz and Glamour” and “Who Wore What” on their Monday morning broadcast.

The 83rd Annual Academy Awards have come and past. As has all but the reruns of the frenzy about the fashion and the speculation. Now that it’s all over, was all that buzz worth the hype?

When Greg Carlson, a film professor in the communication studies and theatre art department at Concordia, was young, his family gathered on Oscar night to watch the telecast, and he continues the tradition with his family today.

“In my memory I can think of very few times when I’ve missed the live telecast,” Carlson said.

Carlson does not watch the awards for validation of which films were the best. Comparing the films is like comparing apples to oranges, he said; each movie is so different.

Lauren Johnson, a freshman at Concordia, also watches the award show every year because it is tradition.

Johnson said she always watches the Academy Awards when she is at home and continued the tradition this year at college. Johnson’s pre-show predictions rang true after the awards were announced. She was rooting for Colin Firth and Natalie Portman to win in the Best Actor and Actress categories (both won), and her pick of “The King’s Speech” took home the Best Picture award.

The show is all about the movies for Johnson.

“I’m not the big dresses and spectacle kind of person,” she said.

Johnson said she loves the entertaining moments of the show, including the presenters and the random skits.

One of the random skits in this year’s show was when host James Franco trumped onstage in a Marilyn Monroe wig, a fuchsia strapless gown, matching gloves and a diamond necklace to join his tuxedo-clad co-host Anne Hathaway.

Katie Wilson, a freshman, did not watch the Oscars this year. She said last year’s show was a disappointment because “Avatar” was an over-advertized let down, and called the movie “Space Pocahontas,” because it lacked creativity.

While some winners deserve awards, she said, the Oscars tend to over promote movies for ratings.

Wilson said she also does not like that the Oscars are so prestigious.

The Academy of Motion Picture Arts and Sciences is comprised of movie professionals from actors and executives, to hairstylists, public relations representatives, writers and sound editors.

“They give all the preference to all those snobby people in the academy [to choose winners],” Wilson said.

Wilson’s roommate Jill Baldwin, a freshman who also chose not to watch the show, said she does not purposely avoid the show, but it is not on her radar.

“I love TV and movies as much as the next person,” Baldwin said, “but I don’t care who wins awards.”

Wilson agreed and added that the show is too long for her busy schedule.

“There’s more important things to worry about than movies,” she said.

Krista Wimmer, a freshman, said the Oscars are also a tradition in her family. She watches every year to see the actors and does not care so much about the production and writing awards.

“If I don’t know the people,” Wimmer said, “it isn’t as significant to me.”

Wimmer had not seen the nominated movies this year, because movies are too expensive and too time consuming for her busy student schedule, she said.

“It’s probably been two years since I’ve been to a movie theater,” Wimmer said.

Regardless, Wimmer said she enjoys the red carpet pre-show, and if she has time she tries to watch as much of it as she can.

“I’m in love with some of the dresses,” she said as she pointed to a poster of Lady Gaga on the wall of her dorm room.

Although Gaga was not at the Academy Awards, Wimmer looks for similar spectacle-causing fashions during the event.

Carlson said he tries not to be too cynical of the hype that surrounds the show.

“That has as much to do with the Internet and rapid expanse of media,” he said.

Because of the Internet and social media, Carlson said, entertainment and news outlets have gone to all-day broadcasts that need filler. The Oscars are no different; coverage for the event on Entertainment Television this year began at 1 p.m. on Oscar afternoon. With that demand for material to fill air time, Carlson said, there is a constant search for more to cover. It even goes beyond the live broadcast. Twitter explodes with of-the-moment information and live blogs capture each blink during the show.

“The coverage is a predictable dimension of the way media evolves in general,” Carlson said.

Carlson said he takes the extravagant coverage with a grain of salt; it is part of how the films are nominated in the first place, he said.

One positive effect of the telecast’s popularity, Carlson said, was how the Oscars provide movie fans with suggestions of good films to view, some which otherwise many not have gotten much attention.

Christian Bale, winner for the Best Supporting Actor award, alluded to this during his acceptance speech.

“So many movies are just brilliant but no one ever knows about them,” he said.

The Academy Awards hold a long tradition that is unlike any other award ceremony, Carlson said. The Oscars can rely on prestige and that glimmer of continuing the standard of excellence Old Hollywood has set.

The lifetime achievement and memoriam segments, Carlson pointed out, are standard at each year’s airing, despite what changes producers make to the telecast.
The 2011 show was lackluster, but it had its moments.

For this year’s show, Carlson said he appreciated 94-year-old Kirk Douglas’s handling of an entire segment, considering he is a stroke survivor.

“I thought he was charming and he was funny,” Carlson said. “One of the things the academy does well is they link the present to the past.”

Billy Crystal, eight-time host, made a welcomed appearance and introduced a hologram of previous host Bob Hope from the first televised ceremony in 1953.

Carlson said this year’s “younger, more hip” hosts show producers are taking risks with the telecast, trying to rejuvenate the show after so many years. He said he approves of this attempt to try new things and appeal to a larger audience, even though this year’s hosts were nowhere near the greats of the past.

“[Hathaway and Franco] were OK,” he said. “They were adequate. They weren’t a complete disaster.”

Which just may sum up reactions to the show overall. Some parts stunk, others were sweet, and all of it was Oscar.

Colin Firth joked about the prestige that comes with Oscars in the opening line of his Best Actor acceptance speech.

“I have a feeling my career has just peaked,” he said.

Winning an Academy Award is a career-defining moment, and the whole world is watching; the telecast is aired in over 200 countries. It is a rare honor to be recognized for your contribution to an art form.

A poignant moment in this year’s Oscars for Carlson was Steven Spielberg’s speech before announcing the Best Picture award. Spielberg pointed out that while the winner would join the elite list of Best Pictures from the past, the other nine nominees would join greats like “Citizen Kane,” “Grapes of Wrath” and “Raging Bull,” none of which won the award.

“It was one of the only moments that had an electric punch for me,” Carlson said.

Was this year’s event worth the hype from media outlets around the globe? It doesn’t matter. The Oscars are a spectacle steeped and held high by their long tradition in the film industry. Viewers who have been raised to appreciate them will continue to for as long as the awards are offered, as long as filmmakers produce good work worth being honored on the World’s Stage. It never mattered whether this year’s show was a snooze fest or the most enthralling event ever seen. It’s the Oscars.