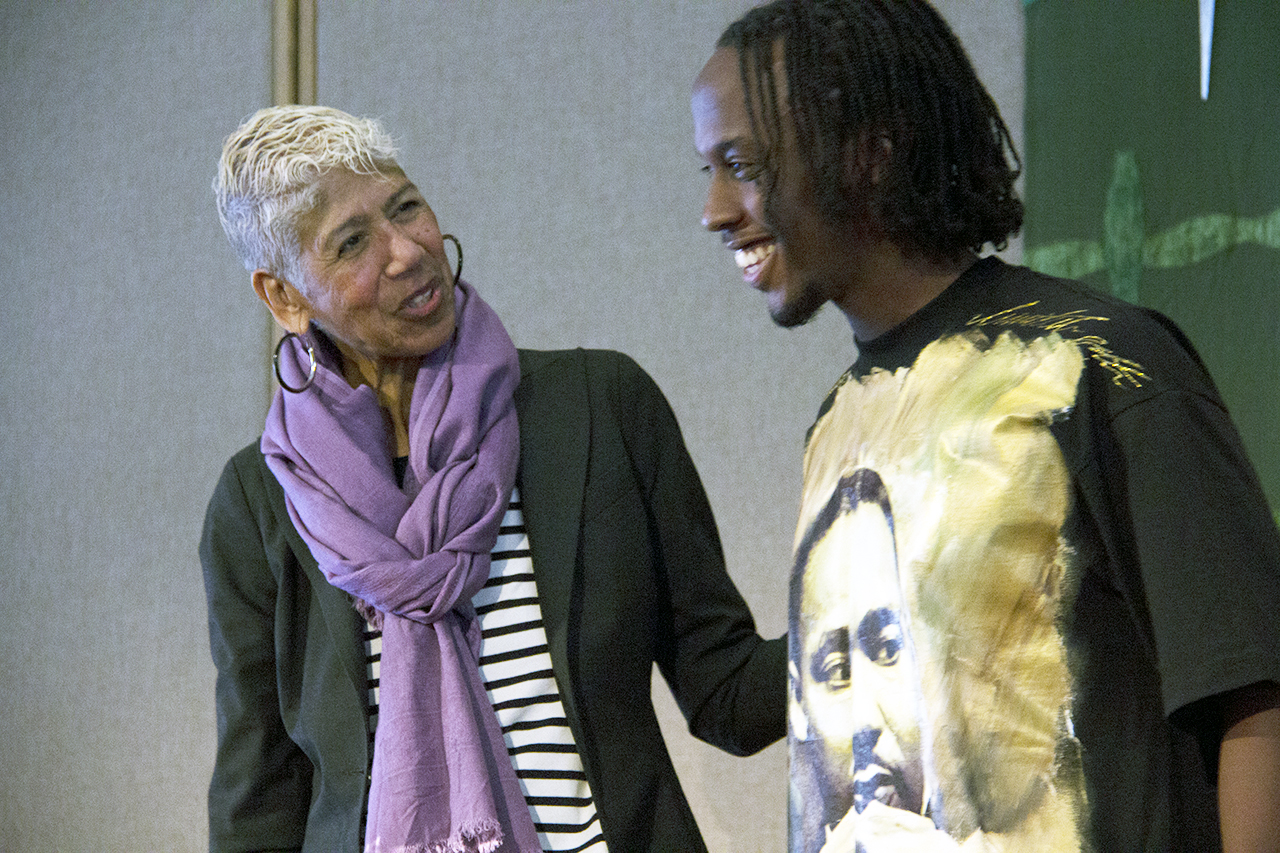 Shakti Butler, Ph. D., and Ericka Huggins, former leader of the Black Panthers, journeyed from their homes in California to share their experiences. The two are close friends.

Butler, who spoke after chapel at 10:30 a.m., began her session by inviting audience members to set down all of their belongings, sit upright, breathe deeply and think about their skills and experiences with social justice. She then invited audience members to share their skills with the group.  Some shared included empathy, emotion, optimism, love, honesty and curiosity.

Butler’s presentation, titled “Love, Justice and Evolution,” brought up a variety of different issues relating to social justice. She first described how racialization, as well as other oppressive forces, can be viewed as a system. This system includes internal factors such as bias or prejudice and external factors such as institutions or interpersonal relationships.

She said, in order to make change, “you have to understand what it means to interrupt a system.”

Butler later said that change can be achieved through education and community involvement.

Huggins mirrored Butler’s audience-centric approach in her presentation by asking audience members to greet each other using a traditional Zulu greeting. The greeting roughly translates to saying ‘I see you’ and responding with ‘I am seen’. Later in her presentation, Huggins asked audience members to think about how they did or didn’t act out their beliefs in daily life.

Huggins continued the theme of introspection in her presentation, which was titled “The Importance of Melding Spiritual Practice and Social Justice.” Huggins, who had spent two years incarcerated in response to her work with the Black Panthers, said that she spent most of that time teaching herself to meditate.

“Social justice with no spiritual work goes flat… Spiritual practice itself is not generous,”  Huggins said.

Both of the presentations were focused on showing audience members how they can try to be more involved in social justice.

“This is not about being nice people,” Butler said. “It is about really being able to sniff around and figure out ‘where do I need to grow?’”

The presentations were part of larger celebrations of MLK day that included a video showing hosted by Science Academy on Sunday night and a series of concurrent sessions and panels on Monday.

Chris Banken, who led the planning committee for the day’s events, said that he hoped the events would expose students to more diversity.

“Even though maybe you don’t have a problem with racism in your life, it’s still present,” Banken said.