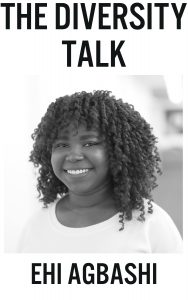 According to enrollment information for fall 2016 found on the Concordia College website, 2,066 undergraduate students returned to Concordia to start the fall semester, international students made up 4 percent and students of colour made up 8 percent of the admitted population student population. Let me break it down: this means that there are approximately 85 international students and 167 students of colour within the student population of 2,066 students here at Concordia.

Each year, there are about 25 to 40 new international students. Of these new students, approximately half are either here for a semester or just a year; after the first year, some might also decide to leave because it wasn’t a good fit for them. One of the main reasons international students and even minority students decide to leave Concordia is because “they don’t feel like they fit in.” This, along with the high tuition, makes very good grounds to move away from Concordia.

Every year I hear talks about getting more diversity on campus, which is great, but it is not enough to get these students here; they need to be retained and welcomed into the community. In as much as there is a “Minnesota Nice” behavior, many of us realize after a month that this behavior is just something many people put up to avoid awkward situations. Concordia does a great job in making the numbers seem great, but the reality on campus is very different. Stating that there are students from 28 different countries sounds very convincing to make anyone come here, until you arrive and realize that those countries make up about 3 to 4 percent of the population, which is very little in reality.

When I came here as a freshman, there were about 45 international students who came here as the class of 2018. Fast forward to my junior year, there are just about 10 international students left in my class. The other 35 students were either here for a semester or a year or left Concordia entirely. I have heard many people say, “It doesn’t make sense to leave because it’s not diverse enough, and if everyone leaves then who will create diversity?” Well, the problem here is that we all come here envisioning Concordia as a “diverse” campus and we don’t ever imagine that we will ever have to struggle with diversity. That same year, almost every single member of the African Student Union and Black Students Union either graduated or left Concordia, and as expected, those clubs couldn’t hold anymore, because almost all their members were gone.The Black Student Union, however, returned in the fall of 2016 with about 15 students as members.

One idea I have to solve this problem is that Concordia could put more effort into recruiting students who will be here for four years, because these are the students who make up the actual diversity that the college is trying to portray. I don’t know the financial aid package for each year, but maybe something could be done to make it more affordable for students to stay here all four years. As students, we try to have a diverse range of events and activities, but there is only so much we can do to make events that we don’t even know a lot about when the support needed is hardly there. I mean, don’t get the wrong idea: the international community works hard to help, but the college as a whole has to do something different to create the diverse Concordia that they envision. Personally, it’s not just about getting more diverse students; it’s also about having a faculty that is diverse enough for minority students to feel comfortable. It’s one thing to state numbers and put up “diverse” pictures on the college website; it’s another thing to actually follow up with these advertisements.