We are all responsible for encouraging conversation

By: Emma Garton
In: Columns, Opinions
With: 0 Comments 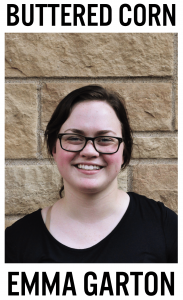 Shit happens. But lately, it has felt like a lot of shit keeps happening in quick succession, not only at Concordia, but in the world as a whole. Trump threatens the livelihood of thousands of immigrants, we lost a Cobber, natural disasters have devastated multiple areas, and another mass shooting took the lives of 58 people. The shit that’s happening really sucks. But, as clichéd as it sounds, it gives us a learning opportunity and a chance to grow as individuals, as a school, and as a country. Obviously, this learning opportunity doesn’t balance out the tragedy, but it’s the phoenix that rises from the ashes. Without it, so much is lost and nothing is gained. So, what is Concordia College, a school that champions “influencing the affairs of the world” doing to encourage the growth of its students?

The responsibility of ensuring growth out of tragedy doesn’t necessarily fall on the shoulders of any person or department in particular. How do we foster an environment of honest and open discussion on this campus? There so many different factions of campus that have the power to lead the charge. The easy answer, President Craft, sends out his emails when disaster strikes, and reminds students of the resources available to them, and urges us to help those in need. That’s a good start. But how many of you sit down for lunch in Dining Services and strike up a conversation with your pals about the email you woke up to from President Craft?

Professors probably come next in this chain. Professors are the ones, after all, who determine the academic environment in which students are expected to learn and develop new ideas. With each of the disasters I mentioned, I have had one professor – the same one every time – take the time to discuss them in class and give students a more structured opportunity to formulate their thoughts and hear from their peers. Of course, as my luck would have it, this is a Spanish class, and my absolute lack of command of the language has a tendency to hinder my ability to participate. But that’s my own fault. Professors have to ultimately decide what is more important: sparing 30 minutes to have thoughtful and meaningful conversation about difficult topics, or teaching us for the 17th time in our college careers about Maslow’s Hierarchy of Needs (seriously, how does Maslow weasel his way into every single subject?). You can probably tell which option I advocate for. Don’t let school get in the way of your education.

The last, and probably most important group on this chain is the student body. In the end, our reflection and growth depends entirely upon ourselves. So, yeah, you should sit down to lunch and ask your pals about their thoughts on current events. You don’t need to do this 24/7. You’re allowed to have fun and goof around and still be an engaged and thoughtful individual. But failing to take advantage of the intelligence of your peers would be a shame. To graduate having only talked with your friends about your weekend plans to “get hammered” once again is a waste of four years. Not everyone at Concordia is a genius with fresh hot takes on every single issue. But, everyone at Concordia has different backgrounds and has had different experiences that allow them to bring an entirely unique point of view to any conversation. I know I can’t completely wrap my head around complex issues like gun control without participating in dialogue, and I don’t think I’m alone in that.

I understand that these conversations aren’t easy. They aren’t convenient, and they don’t have simple solutions. You can’t turn them into a multiple choice question on an exam. You can’t make them into an inside joke to laugh about for a few weeks. But the benefits of this difficult dialogue is far longer lasting than any test grade or joke. These conversations are what mold the beliefs that we carry for the rest of our lives and pass on through every interaction we have.

Shit happens, and it sucks. Make it suck a little less.

And with that, I leave your corn buttered.