By: Andrew Rudser
In: Campus, News
With: 0 Comments 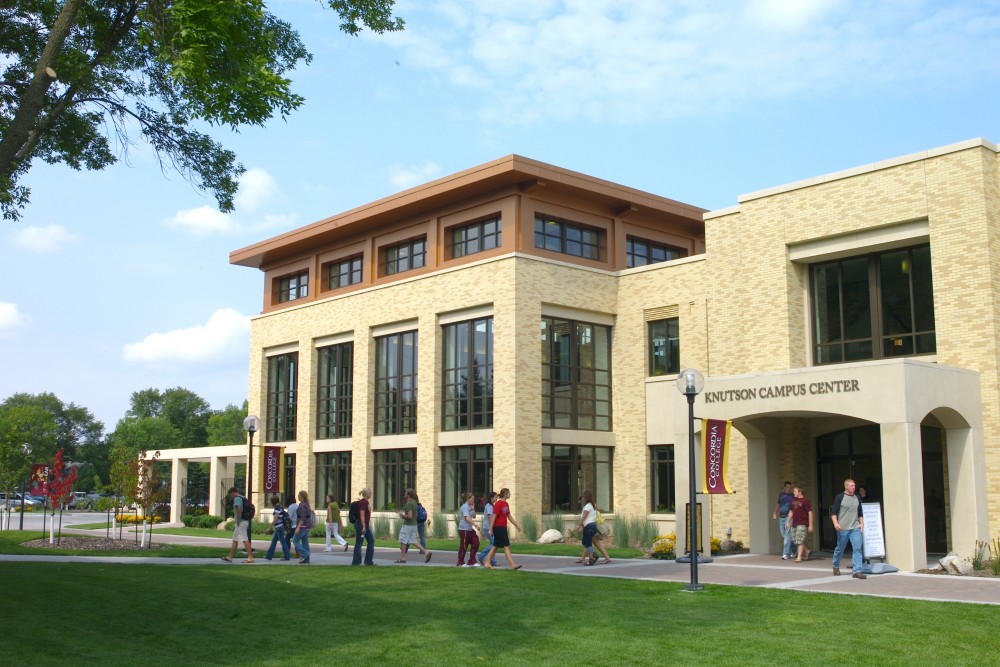 Students and faculty at Concordia recently celebrated the Martin Luther King Center’s relocation to the Wall Student Lounge in the Knutson Campus Center. The King Center serves as a space to promote mindfulness regarding diversity and social justice, and is also a place for important events to be hosted by student groups or administration. It was previously located in the basement of Park Region Hall, but the administration decided that in an effort to make it more accessible and visible to the student body, it could do with a change. The Wall Student Lounge was chosen as an appropriate location because of its central location on campus.

Although conversations for relocation only began during the fall of 2017, there were many on campus who had desired the change for a long time. President William Craft shared how his thoughts for the change had formed several years ago.

“When I first arrived at Concordia, it struck me as odd that the King Center was on one end of campus,” said Craft. “So even before we began discussing the move, it was always a thought.”

Formal planning for the relocation began shortly after protests were held against the administration in the fall of 2017 by We Wear Beanies Too, whose membership is comprised of leadership from several on-campus minority groups. Student Sade Allison is the co-founder of the group, and discussed their role is supporting the relocation.

“We Wear Beanies Too had issued several demands during our protests, and one of them was for moving the King Center to a more central location,” said Allison. “We thought this would be better for the student body.”

The administration listened to their concerns, and immediately began discussing the possibility for relocation. In the following weeks, the college looked for potential spaces which would be accessible, visible, and central to most of the student body. President Craft asked Chief Diversity Officer Dr. Edward Antonio to help coordinate the move, and he wasted no time in preparing. One important aspect of the process was getting input from students.

“We wanted to work in consultation with the students, so that they could better understand the process and get a chance to address the needs,” said Antonio.

One of the challenges that he faced was navigating the different expectations and desires by both the student body and administration. A significant amount of time was dedicated towards researching potential locations that would fit all of their criteria. After a while, it became clear that no option was better than the Wall Student Lounge in the Knutson Campus Center. One reason was because the lounge had become relatively inactive in recent years.

“The Wall lounge needed to be used more, so it was good to have this project,” said Antonio.

Another benefit of the lounge is its availability to many students on campus, and also its visibility. Students can see the lounge through the Atrium and can gain access to it via several hallways.

President Craft was enthusiastic about the space’s potential as well. However, he needed to confirm the change with Carl and Carol Wall, the Concordia graduates who funded the lounge’s creation. To his delight, they were more than enthusiastic and approving of the college’s approach, and even donated further funding to help make the transformation possible. The Walls were present at the public reception celebrating the relocation on Jan. 18.

At the event, Glory Kom Petnkeu ’19, the lead commissioner of the Diversity, Equity, and Inclusion Commission, and Dr. Earl Lewis ’78, chair of the Concordia Board of Regents, both spoke about their excitement for the new seminars, workshops, and intercultural events that the center will be hosting. As of now however, Antonio is not sure when exactly the King Center will open again. The installation will remain in process for several months as more furniture and art are moved to the lounge.

When the King Center does open again, everyone hopes that it will be a safe place for students to gather. Antonio emphasized how it also needed to be a space that can inspire mindful thinking,