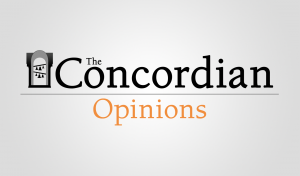 SGA recently purchased 14 iPads with the remainder of their 2012-2013 budget.  But why, I ask, do the members of SGA need iPads?  In the recent article in The Concordian, their reasoning was explained as “an effort to go green.”  With the use of iPads, there wouldn’t be a need to use as much paper in printing, and SGA members would be able to take notes during meetings.  I may be the only one who thought of this, but why couldn’t SGA members simply use their personal computers?

Not only would using their own laptops cost no money, but also, the functionality of laptops far outweighs iPads for the uses described in the article.  iPads are designed for a single user and wouldn’t allow a user to log in and save data.  Users can use the Internet but that’s about it. To download apps would require an Apple account, which is user specific and requires credit card information.   Users could type up notes using Pages, but if they wanted to keep that information they would have to email it to themselves.  It would be much easier to do all of these things on a computer in the first place, rather than borrowing an iPad to use only during meetings.

Another option for taking notes, rather than using Pages would be to use online word processors like Google Docs, but this could also be done on a laptop just as easily.  If SGA is concerned with some of their members not having laptops, there are many places around campus were students can check out computers for a short period of time including Digital Media Services and the Knutson Info Desk.

Not only are iPads not practical for their intended use, they are also incredibly expensive.  An iPad 2 starts at $400.  Even accounting for a bulk purchase discount of around $20 dollars for each of the first 10 iPads, the cost would total $6,200.  Add to that the cost of the keyboard cases, which are around $60 per iPad, that comes to a grand total of $7,040.

The budget for SGA comes from the Student Activity Fee, meaning that every Concordia student contributes money to fund SGA, thus contributing to this iPad purchase.  In The Concordian article Levi Bachmeier, current SGA president, was quoted saying, “We were trying to decide how can we most responsibly invest (the left over money) into our organization to promote long-term growth.”  But how will investing in iPads create long-term growth?  Functionally, iPads are not the best choice for SGA, and I’m sure that the SGA members were informed of this fact during the discussion process before ordering.  Furthermore, technology becomes outdated very quickly. In a couple of years, the iPads will need to be replaced if SGA want to continue using them during their meetings.  That means an added cost down the road.

At the last SGA meeting held on Friday, April 19, the 2013-2014 budget proposal was reviewed and approved by the current SGA members.  Surprisingly, the total budget was the same amount as for the 2012-2013 school year.  Why, when SGA had a $7,000 surplus, do they require the same amount for next year?  SGA doesn’t require this same amount and should amend the budget to a more reasonable figure.

It is not in the best interests of the student body for SGA’s money to be spent on iPads rather than on something that will directly benefit the campus community.  I call on SGA to reevaluate their need for iPads and take more care in where they spend their money in the future.

Emilie Bowman, 2014, is The Concordian’s Web Editor and Graphic Designer. She is a senior hailing from Bemidji, Minn. and is double majoring in Healthcare Management and Scandinavian Studies. In addition to The Concordian, Emilie is also involved in the Scandinavian Club, Concert Choir, and is the Student Manager of the ITS Solution Center.