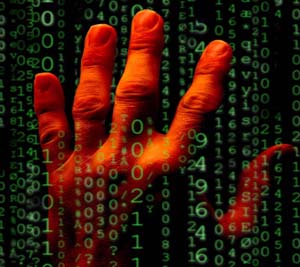 I’m fortunate enough to have grown up geek when I did. I’ve never had to convince anybody that technology was the way of the future like Steve Jobs and Bill Gates often had to do. Still, every so often, there are signs of resistance from the tech-less generations that came before us. Usually it’s people like my grandma—the digital immigrants. She’s 75-years-old and just got her first cell phone two weeks ago. But even at 75 she understands the importance of technology today.

I’ve always tried to align myself with those who understand the importance of technology—that’s one of the reasons I came to Concordia. The library was swiftly adding more online resources; the communications and marketing department was developing a new Web site; and most importantly, the college had hired a forward-thinking chief information officer to gracefully usher in the changes our college desperately needed.

In the last few days though, I’ve started to question all of that progress. The elimination of the computer science program not only questions the future of the students currently enrolled in a computer science major or minor; it’s a sign that our campus has lost a bit of its footing as a technologically-minded institution. This frustrates me because places like Concordia are where our world’s future is decided. Without tech-savvy graduates of today, we simply won’t have the technological innovation of tomorrow.

The foundation of the 21st century has already been decided. We are the digital age. We’re making advances in technology every day that will change the way future generations will interact with the world around them.

Perhaps my words are too lofty—after all, the argument can be made that the entire computer science program only has a handful of majors and minors. What difference could just a few computer science graduates each year make, right?

As we each sat as wide-eyed freshmen in Memorial Auditorium, we were given the charge to become the leaders of tomorrow—I guess Concordia doesn’t believe computer science majors can be those leaders.