Americans around the country are counting down the days until ‘House of Cards’ returns. Aaron Sorkin’s ‘The Newsroom’ was just renewed for a third season. Sorkin’s most famous show, ‘The West Wing’ goes down in history as one of America’s greatest television series.

Politically-themed television shows are incredibly popular and held in the hearts of many Americans. The thing is, these shows carry more weight than we give them credit for. At this point, political shows are able to draw in a wider spectrum of viewers, they pull in those individuals distrustful of mainstream news sources, and they have the ability to present political topics in a more personal and nuanced way than three minutes of news airtime can.

A record-high number of Americans do not trust mainstream news. However, instead of watching a news source they’re distrustful of, they instead either switch off the news, or they move to a news source they completely agree with. Liberals migrate toward MSNBC, and conservatives toward Fox News. Self-selected news sources that reiterate exactly what individuals want to hear does little to nothing for their awareness of the world around them. And even when Americans do watch the news, segments are often limited to a matter of a few minutes, and generally give snippets of the full story or a quick update regarding a larger story.

Americans don’t trust mainstream news, and when they do, it is often lacking. However, instead of shifting to a legitimate news source after realizing that they’re being misled or need to dig deeper to find more information, Americans tend to just tune out.

However, sometimes these individuals will be willing to switch the channel to political fiction. Republicans will watch the Democratically controlled White House of ‘The West Wing’, Democrats will happily watch homeland security win out over civil liberties in ‘24’, and everyone comes together to bemoan the terrible comedy of ‘1600 Penn’.

These shows allow viewers to understand the rationale of those across the political aisle. A greater understanding of the other party’s mentality comes across, and viewers understand underlying values and assumptions that bring about certain policy positions.

We live in a culture that lacks true empathy. While we certainly see empathy within individuals and within some organizations, our country is ultimately ruled by a bootstraps mentality in which we believe in ‘every man for himself.’ To be able to see from the eyes of the ‘Other’, even for 42 minutes, and even just every once in a while, does a great good for society. 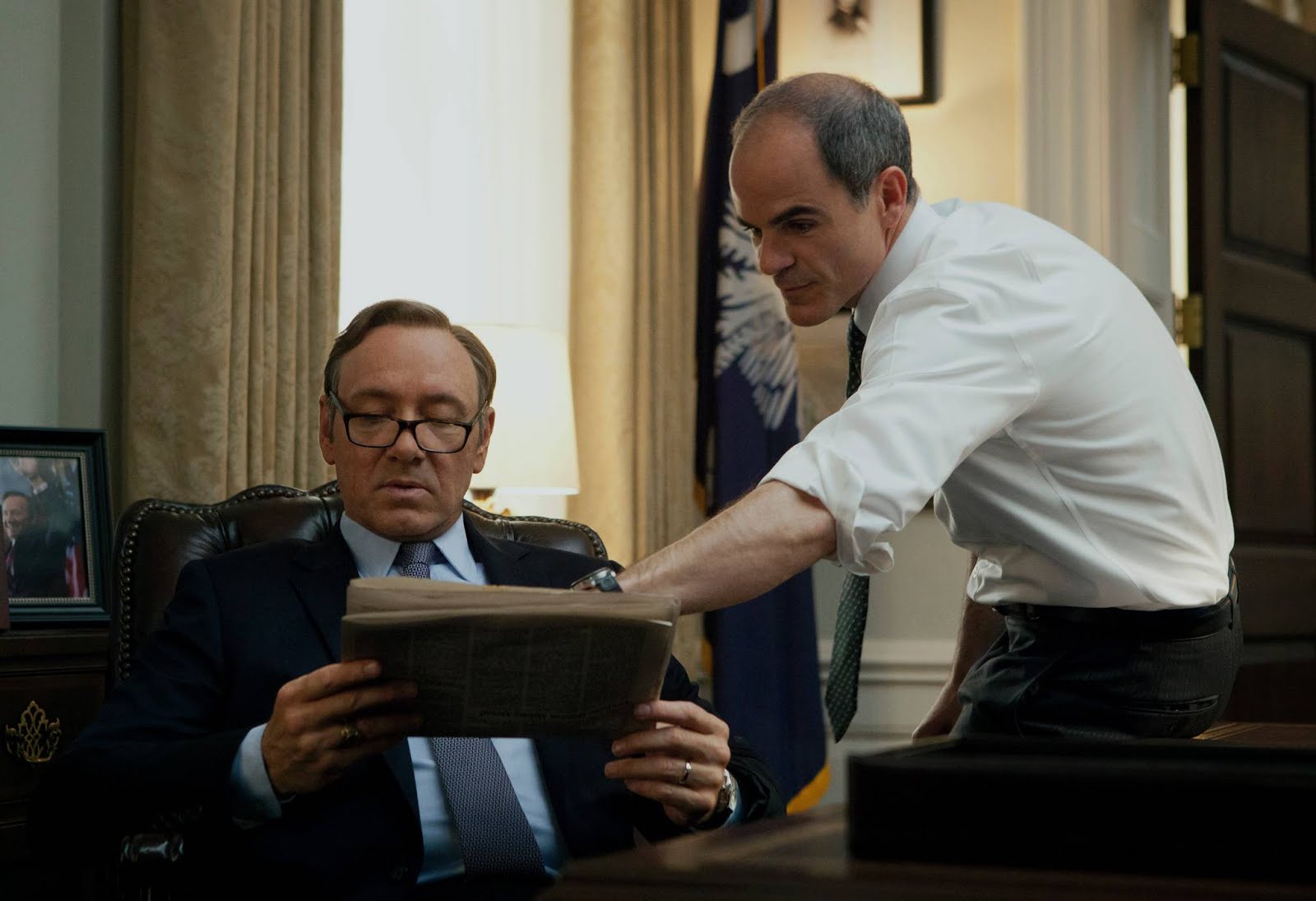 ‘House of Cards’ presents viewers with a morally depraved politician– clearly a work of fiction not born out in reality.

Americans spend an average of 2.8 hours per day watching television. They spend about half of their leisure time sitting down in front of their tv, absorbing themselves in the lives of other people, fictional or ‘real’. They’re doing this instead of reading: 15 to 19 year olds on an average weekend will spend 7 minutes reading for pleasure. Sadly enough, it’s becoming more and more difficult to teach empathy through literature. Instead, we may have to turn to the screen.

It’s not a bad thing that politically-minded television shows have emerged as their own genre. They show close-up personal narratives of particular policies and their implications. These shows allow Americans to understand where others are coming from, and make politics and governmental functions on the whole more accessible to laypeople.

Bootstraps Culture looms large in modern American life, and especially American politics. With that culture innately comes a lack of empathy, which we’ve seen come up far more than once or twice in recent legislation. American culture focuses on individualism and the differences of its population, as opposed to other cultures that have a more homogenous people. Our culture is lacking an ability to feel for the ‘Other’ on a deep and personal level. Narratives, either through literature or via screen, are incredibly important in shaping society to care for the lives of their fellow citizens. To become an empathetic society, we need to see from the eyes of the Other. If we can do that through Netflix, then so it goes.