By: Contributing Writer
In: Trends, Variety
Tagged: technology in the classroom, Twitter
With: 0 Comments 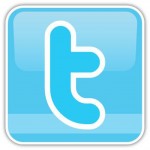 Religion professor Adam Copeland was looking to expand a class he teaches beyond the boundaries of the typical classroom setting, so on the first snow day of the year, Thursday, Jan. 9, Copeland hoped to conduct Religion and Pop Culture through the social media platform, Twitter.

Since the beginning of the year, Copeland has facilitated discussion on Twitter before every class period by asking questions about assigned readings. When the blizzard hit, Copeland was inspired to hold a full class period on Twitter rather than canceling class, but decided against it when his students showed a strong opposition to his idea. Yet, when he brought up the idea in class the next class day, his students expressed a willingness to participate in the future.

On Feb. 13 Copeland held a one hour class period through Twitter. He sent out 10 questions centered around an assigned book and on two videos that touched on the relations between social media, religion and pop culture.

Over the span of one hour, Copeland sent out 491 tweets, and every 7 seconds students were posting their own responses. Kari Taylor, a senior and sociology major, said students were tweeting from various places. Some were sitting in the Maize, some at the University of Minnesota and others in their bed or at a local coffee house.

Austin Nelson, a senior religion major, thought the Twitter discussion was beneficial to him because it required him to be constantly engaged in the class material with his fellow students, making it impossible for him to leave the conversation, whereas in class students can choose not to participate

“With Twitter, the discussion is layered, so you can put in your own ideas wherever in the conversation without feeling like you’re interrupting someone,” Nelson said.

Taylor believes the Twitter discussion was beneficial because it created an environment for free discussion.

Although Copeland believes Twitter was an appropriate media for his class discussion, he and his students recognized a potential problem that can accompany social media discussions. Both Copeland and Taylor struggled keeping up with various tweets.

“It was an interesting experience,” Taylor said, “(but) kind of headache inducing.”

The overwhelming amount of tweets brought an intensity to the discussion that encouraged Copeland and students to remain engaged in the conversation. Nelson was so busy keeping up with his classmates’ tweets, he lost track of time, and Copeland had to leave his office after the discussion to take a walk and relieve the tension he felt while participating in the Twitter chat.

Copeland said that if he used Twitter as a mode for discussion again, some aspects would need to be adjusted. He said one way to solve the discussion’s intensity would be to spread the time to three hours instead of one, allowing students to contribute without having to be present the whole time. He also hopes to see a wider variety of connections to social media in the student’s responses by utilizing the linking and images possibilities of Twitter to post essays, videos and other various forms of media.

2014-03-12
Previous Post: Experiencing a London pub
Next Post: An Enlightening Souvenir: The HILT brings the Everglades back to Concordia