A story of love, addiction, and rink rash 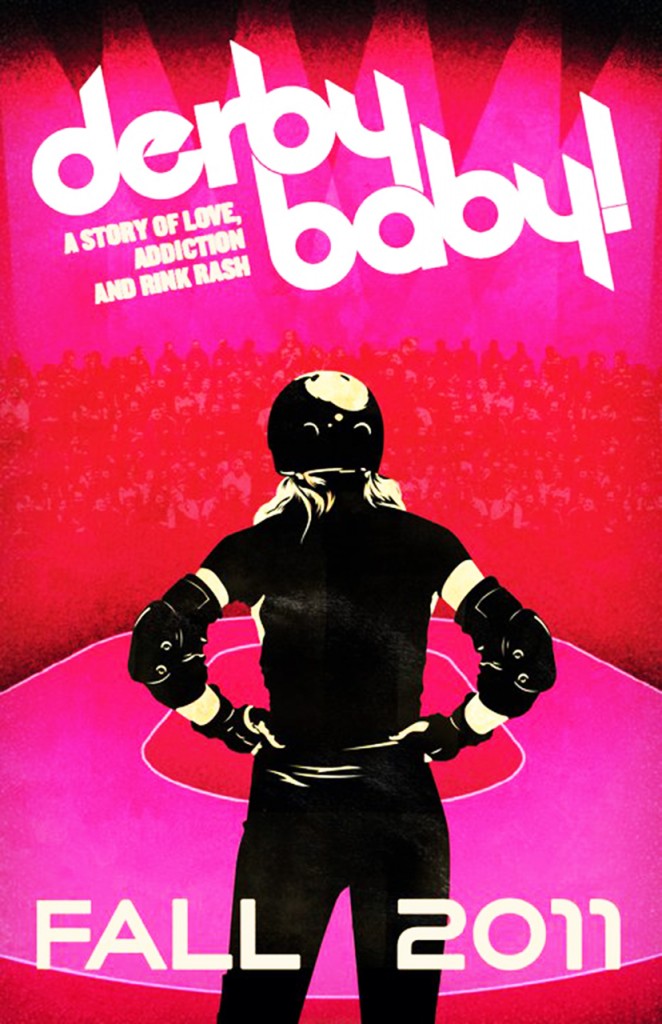 Let me kick this off with a suggestion. If you’ve never been to the Fargo Theater, go. It has a charming ‘50s character, and instead of commercials or previews, a man serenades the crowd with some tunes from the on-stage organ before the show. It was the perfect venue for the one-time showing of “Derby, Baby,” the new documentary about the only sport I know of that combines raw athleticism with raw entertainment in equal amounts.

The film was presented last Friday by the Fargo-Moorhead Derby Girls, a local roller derby league, and followed the history of roller derby, from its start in 1935 to its revival in 2001, and finally to the present trials it faces as the fastest-growing sport in America. The film was narrated by roller derby skaters from around the world. That’s right. Roller derby has become an international phenomenon.

Since its revival, roller derby has evolved into a five-on-five, hour-long, flat-track marathon of a race. Most important in the game is strategy. This, along with its requirements for all speeds, strengths and sizes, leaves roller derby wide open to any person willing to donate their time, energy and income to the sport.

The real draw to derby, however, is the personal connection it creates between people. Each skater featured in the documentary shared how they were drawn to the sport by its niche for every kind of athlete, but stayed because of the camaraderie and love between all skaters, regardless of league, age, gender or geography.

The documentary made it easy to see how such a strong bond could develop between skaters. The sport is completely self-sufficient. The skaters skate, own and operate their own leagues as volunteers, all while raising families and holding down jobs that actually give paychecks. Few teams have sponsors at all, leaving skaters to work together to supply jerseys, pads, skates and even venues for bouts out of their own pockets. With such immense amounts of tension and time together, skaters become sisters, and each skater knows she isn’t alone. It’s this feeling of belonging combined with an athletic component that turned roller derby into a global phenomenon.

As the sport becomes more and more mainstream, the world of derby has had to face its growing pains, and a divide has risen. With more than 30,000 skaters around the world and national and world cups being organized and played, many skaters see the opportunity to turn roller derby into a large-scale recognized sport, complete with all of the corporate sponsors, support and money that comes along with it. As many of the globally-recognized skaters said, who wouldn’t want to be paid to skate?

However, the documentary cited a number of sports authorities who said that for the sport to be taken seriously, roller derby would need to lose the character and culture that it has become famous for. For example, each skater chooses a name to skate under. While many names are family friendly, others are less so. Uniforms are often revealing. The crowd is never anything other than rowdy.

Which sums up the other side of the argument. Many skaters think that to take away the culture of roller derby would be to destroy it. Right now, skaters don’t have to answer to the censorship of an international corporate sponsor. It’s their game, their way. It’s draining and exhausting, but it allows the skaters to feel a sense of pride and ownership in the entirety of the sport. It’s still a sport based off of a culture, not the other way around.

Brady Hubbard, a longtime member of Concordia Residence Life and an avid supporter of the roller derby scene since the early 2000s, is nervous about the future of the sport. He, like many of the documentary’s skaters, loves that roller derby is a stark contrast to the traditional world of sports.

“It’s open and embracing. [Roller derby] will find a spot where you’ll excel,” Hubbard said. Right now, roller derby is all about the pure entertainment and welcoming environment in equal amounts as athleticism. That could be lost in a mainstream sport purely about picking and paying the best athletes.

“In a perfect world, there would be an in-between place,” Hubbard said after having seen the documentary. That space would be roller derby as it is, maybe a little more family friendly, supported by sponsors just enough to cover uniforms and pads.

The showing of “Derby, Baby” was attended by just over 120 skaters from seven different teams and their supporters. Throughout the film, they responded in regular derby fashion, with loud cheers of support for all the other skaters out there. Regardless of the future of roller derby, the culture and athleticism that the sport embodies was captured spectacularly, both by the documentary and its crowd.