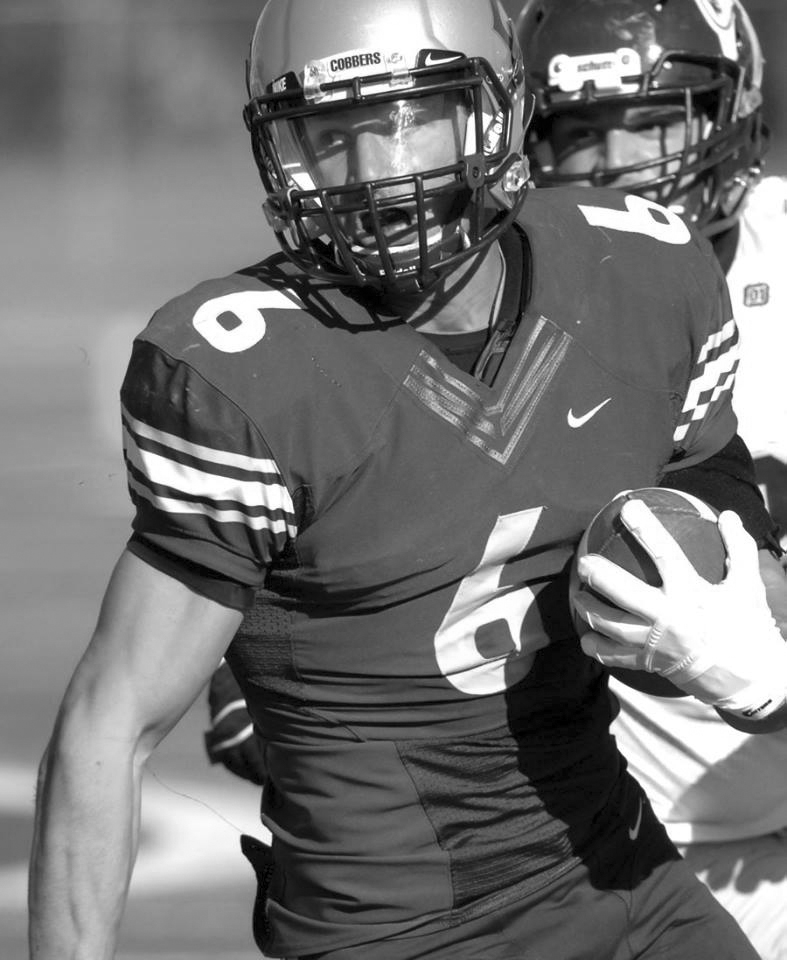 When the 2015 NFL season kicked off, there were 10 former Division III football players on active rosters across the league. As the 2016 season approaches, two former Cobber football players hope to add to that list.

Former wide receiver Brandon Zylstra and quarterback Griffin Neal have their sights set on playing at the next level.

Neal completed his Concordia career with school records in passing yards (5,614) and touchdown passes (47) in 2014 before playing semi-professional football in Hildesheim, Germany last season. On Friday, Neal signed a three-year standard rookie contract with the New Orleans Saints and will report to the team’s Rookie Minicamp May 13.

“It was pretty surreal. I’m just grateful they’re giving me the opportunity,” Neal told the Fargo Forum after his signing.

Zylstra, Neal’s teammate during the 2013 and 2014 seasons, finished his Concordia career with 1,932 receiving yards and caught 18 touchdowns in his 29 games with the Cobbers. Following the 2015 season, Zylstra graduated and moved to Arizona where he has been training with Neal.

“Working with Griffin has been so great for so many reasons,” Zysltra said in an email statement. “We are able to push each other every day and pool our resources together to get as much exposure as possible.”

Horan said that it was apparent right away after Zystra joined the Cobber football team in 2013 that he was a difference maker, and that teams at the next level notice that he has the potential to do the same for them.

Zylstra says that participating in the regional combine and the Pro Day has given him a chance to receive feedback from coaches and scouts.

Horan said that factors such as speed and his confidence in running routes are important for Zylstra to reach the next level, because opportunities like these do not always present themselves for Division III athletes.

Quarterback Michael Herzog found Zylstra to be a favorite target this past season because of Zylstra’s athleticism.

“Playing with him was very special because he really had the ability to make big plays anytime he touched the football,” Herzog said. “He had the ability to go up and make catches that most others couldn’t. It was very comforting to be able to stand back in the pocket and have some someone that I could literally chuck the ball up and more times than not he would come down with it.”

Horan said that Zylstra has received a contract offer from the Edmonton Eskimos of the CFL with a clause that would allow him to play in the NFL should the opportunity to do so arise.

Football north of the border looks slightly different. CFL fields are longer and wider, the end zones are deeper and in Canada the goal posts are at the front of the end zone instead of the back.

However, Zylstra says that he feels confident in his ability to adapt to these changes.

“Playing in the CFL will definitely be an adjustment,” Zylstra wrote. “They have many different rules that will take some time to get used to, but I am confident in myself that I will figure it all out.”