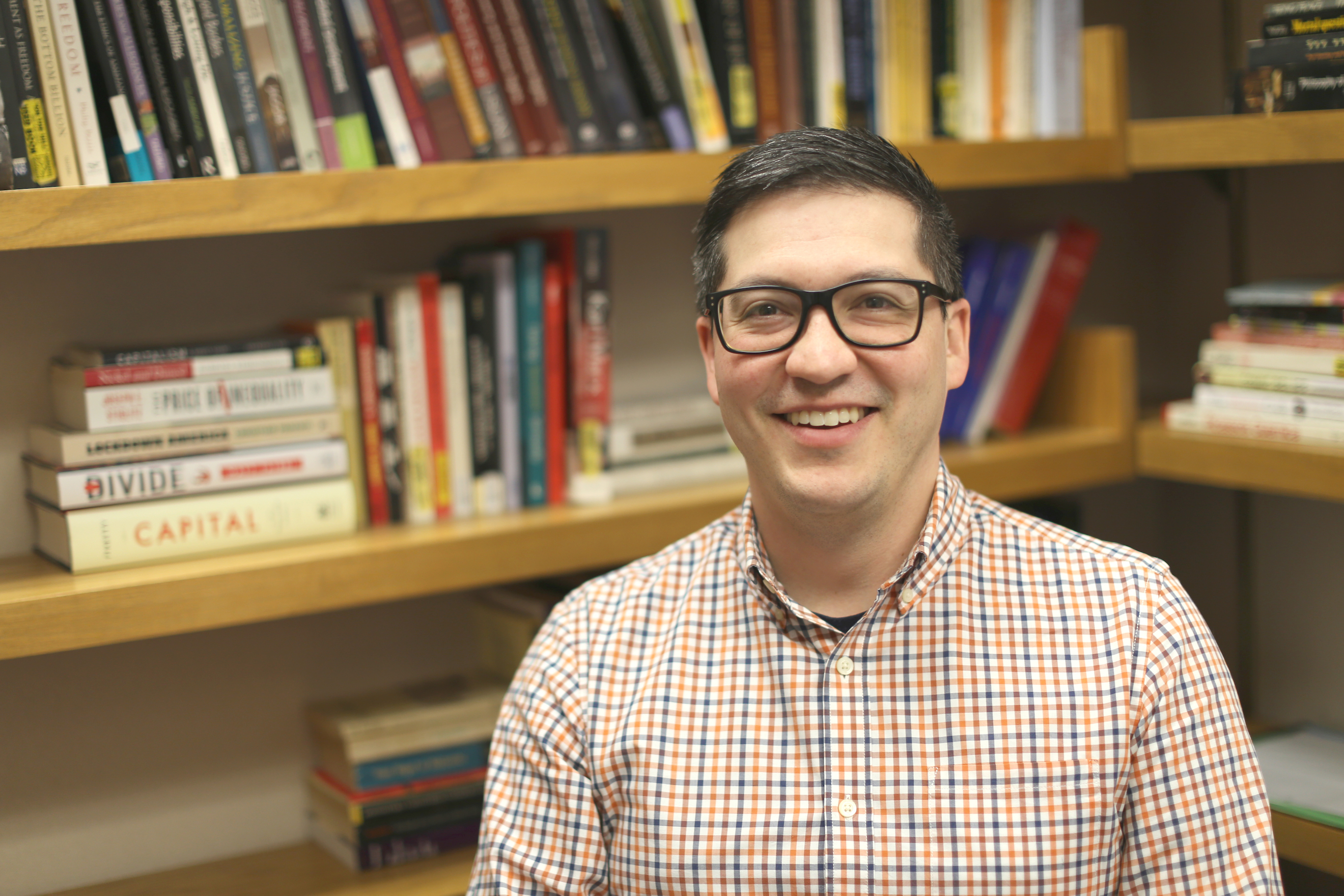 Cory Aragon, Associate Professor in Concordia’s Philosophy Department, is leaving at the end of the academic year for a position in California.

In coming to Concordia, Aragon sought to create opportunities for students to pursue the college’s mission through a social justice lens inside and outside the classroom.

“In my time at Concordia I’ve proposed and got on the books and taught some brand new courses, including my 100-level Seeking Justice in an Unjust World course, and my Philosophy of Race course,” Aragon said. “I tried to bring some classes that were on social justice and that students would find interesting and maybe impactful.”

Aragon has also organized the Philosophy Department’s bimonthly Philosophy Colloquium series, as well as contributed to the decision process for the annual Carus lectures in philosophy, which take place each fall.

There are a couple of major reasons why Aragon has taken a new position away from Concordia.

“One is to find a bit more opportunity for my partner,” he said, “to try to be in a place where there are lots of different kinds of economic and just personal opportunities that are harder to find in Fargo-Moorhead.”

The other primary reason was finding more time to pursue his research interests. Aragon has been working on expanding his dissertation for publication. The dissertation considers the question of individual moral responsibility for structural injustice.

“Eventually, someday, that will be a full book-length manuscript,” he said, “hopefully a published monograph at some point.”

Though Aragon is leaving Concordia under relatively positive circumstances, of his own volition, recent cuts to departments and faculty positions have been much-discussed and not uncontroversial, and Aragon expressed a degree of frustration with the process.

“I think it’s been tough for faculty in the process,” he said. “Because I think people have felt isolated, like there wasn’t enough information about what was going on, that even if you aren’t the one who ends up getting cut, I think for a lot of people that doesn’t sit right. And I know there are reasons for reasons for doing things that way, but from my perspective as a social and political philosopher it seems like it doesn’t really give people much influence or power in the process.”

Aragon also noted that philosophy is not too dissimilar to the disciplines hit hardest by the wave of cuts earlier in the semester. The department has a small number of faculty and a relatively small number of majors, and it doesn’t bring droves of interested students to campus. Last year one of the department’s faculty members, Susan O’Shaughnessy retired and was not replaced. In spite of those factors, Aragon added that he felt the department has so far been valued on campus as an important part of the college’s work.

Concordia is currently in the process of finding a replacement to fill Aragon’s position for next academic year.