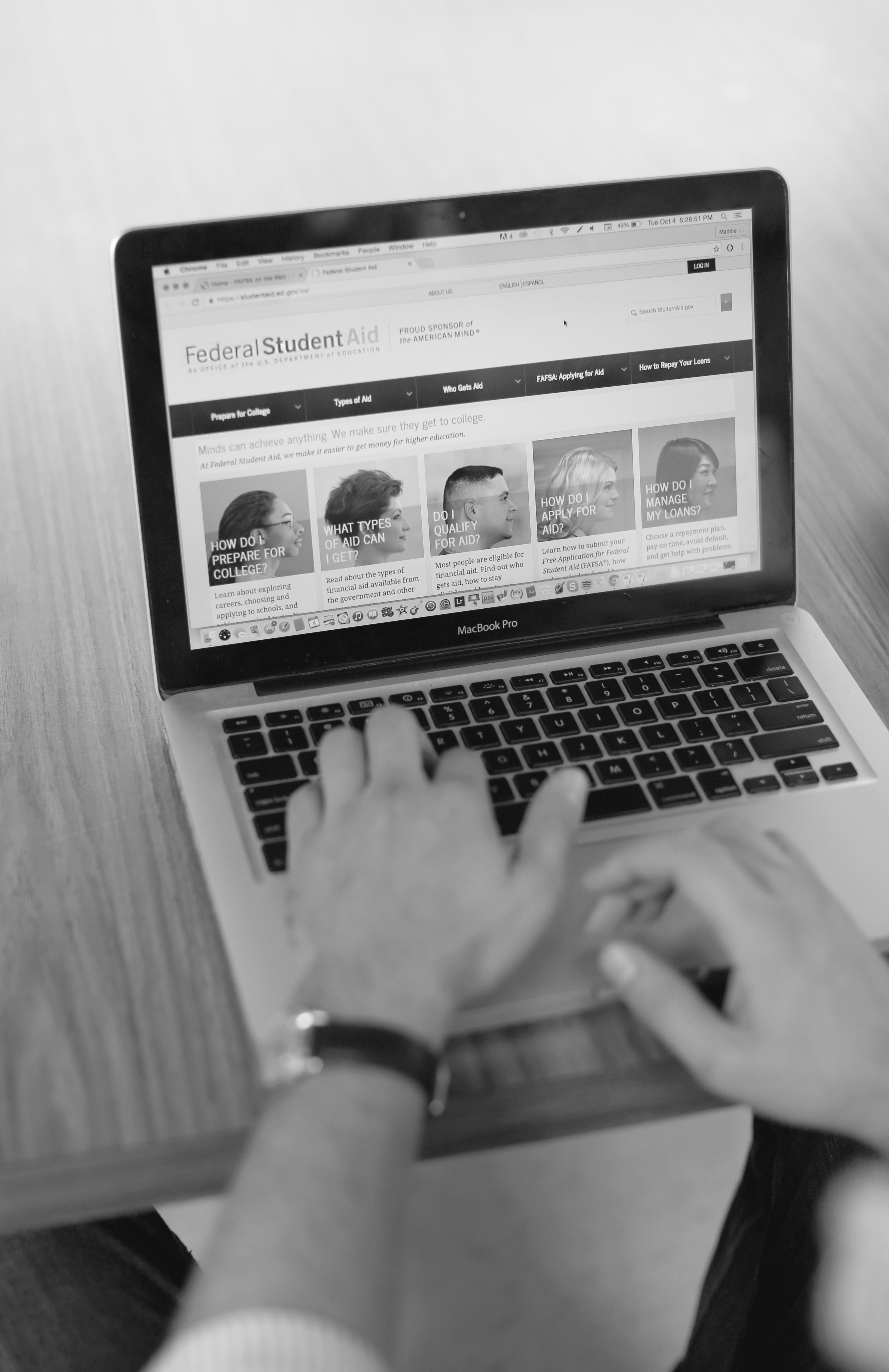 For new and continuing college students, things are about to change with the financial aid process. The federal government has changed the time that the FASFA applications will be made available from January 1st to October 1st, meaning three extra months to complete the application. The main reason for the change is to give students more time, as well as reduce the number of errors in the applications.

“Now what happens is the federal government has said that instead of releasing the FAFSA in January, we’re going to release it in October, a full three months earlier than it has been done in the past,” Addington said.

According to Karl Stumo, vice president for Enrollment and Marketing, part of the goal is to increase the amount of time that a student has to evaluate schools and their financial situation before the May 1 reply deadline. The only way to do that was to allow the FAFSA form to be completed earlier, he said.

“Because families can do [the FAFSA] earlier, we should try and make our financial aid awards earlier as well,” Addington said. According to Addington, nobody really knows how this is going to go. It is unclear whether families are actually going to do the FASFA earlier. Though there is a big publicity push to try and encourage families to fill out their FAFSA as soon as they can, Addington said.

“They’ll do their FAFSA earlier; we’ll be able to put an award together for them earlier, and that will give everybody a little more time to talk about financing higher education,” Addington said.

Stumo said that the FASFA changes are positive.

“It gives students more time to make a decision, to visit more campuses, and to talk to more admission representatives,” Stumo said. “It gives them more time to plan out exactly what their cost will be.”

Addington, too, thinks this is a good change. An issue with the old model was that a lot of families didn’t have their taxes done until April. Oftentimes families are estimating their information when they are filling out the FAFSA, meaning they have to go back and correct it. Sometimes people don’t do that, and sometimes it can be a long process, or they have to file an extension on their taxes for more time. It can really slow down the financial aid process and lead to a lot of errors, Addington said.

According to Addington, the federal government hopes taxes should be done and families should be able to use accurate information when they fill out the FAFSA. That should cut down on errors and follow-ups that have occurred in the past.

Addington anticipates that awards for continuing students will be done earlier than in the past, but probably not as early as Thanksgiving. The first semester grades need to be registered before Financial Aid can make awards for the students who will be back at Concordia for a second, third or fourth year.

“We have to get the first semester grades to check for what’s called ‘satisfactory academic progress’ before we can offer awards for the next year,” Addington said.

The new changes will not only affect students and their families, it will also affect the Financial Aid Office.

“In the past, from March until May, it was really crazy,” Addington said. “You’re doing hundreds of awards every day and trying to get them out to people. … The admission folks are calling those students, dozens of them each night, trying to explain the awards.”

Addington said that they anticipate that this process will be a little less intense, but longer, which has its ups and downs.

“It’s good in terms of the number of awards to do, but at the same time we’re still a little bit at the mercy of the federal and the state government for the Pell Grant Program and the Minnesota State Program,” Addington said.

According to Addington, this will lead to some needs to do revisions once those official programs get nailed down for the year.

If a student qualifies for the federal Pell Grant Program or the Minnesota State Program, there will be a note on the financial aid statement saying that the amount is an estimate and a final adjustment will be made, Addington said.

Addington said that the federal government then has to research and figure out the answer to those questions.

“There has been a lot of questions about, for instance, what happens with the second-year students when they are going to use the same income information as they did when they were first-year students,” Addington said. “In a lot of cases there will be changes.”

This is one of the challenges the Financial Aid Office will have to face. According to Stumo, the college has a regular appeals process where students can show changes in the families’ income or ability to pay.