An MLK Day message: peak humanity not yet reached 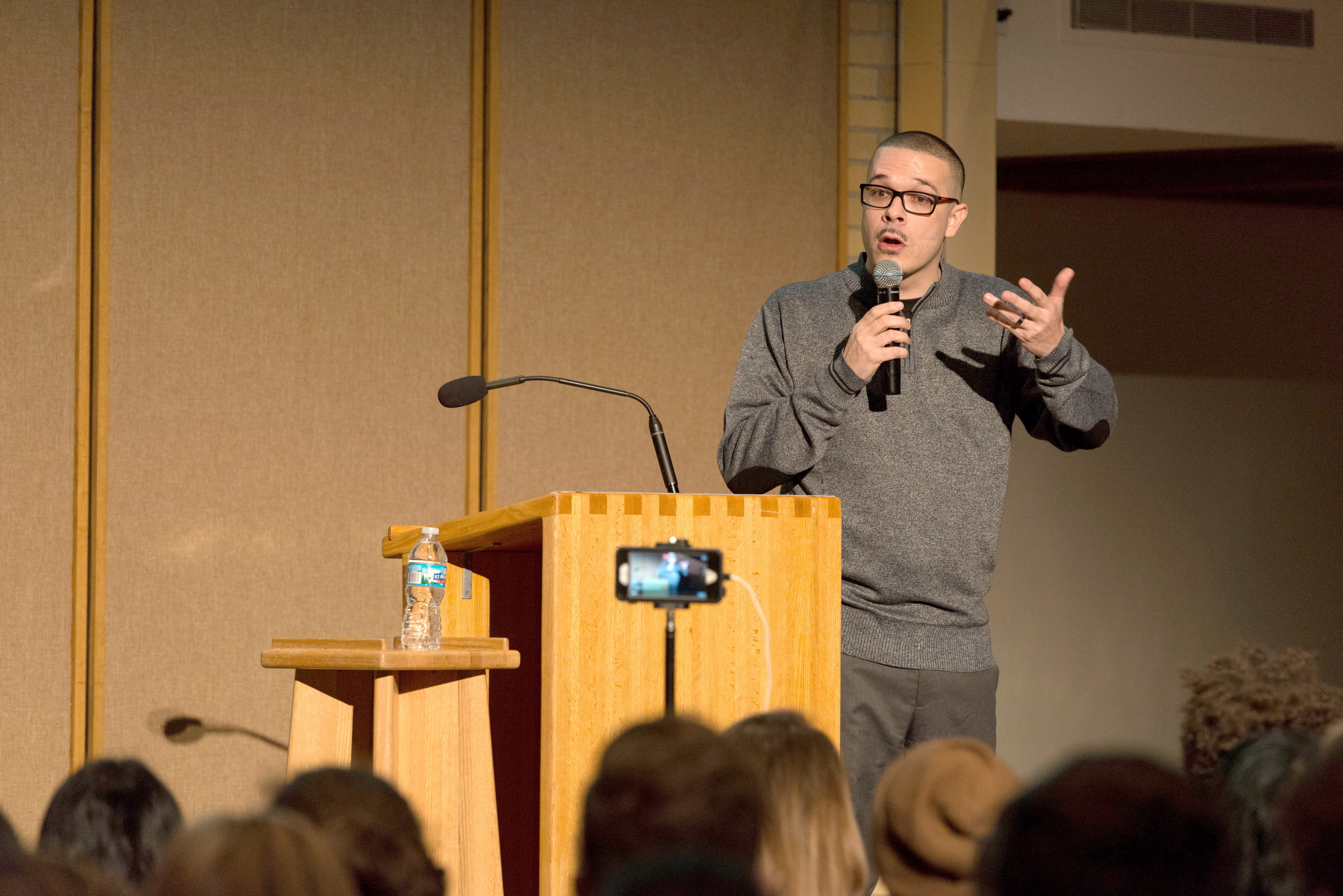 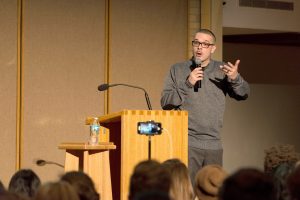 In a campus event that gained community-wide attention even before it happened, activist and writer for the New York Daily News, Shaun King shared his message on the New Civil Rights movement. The attendance was high enough as many students, faculty, staff and community members flooded to the Centrum for the Martin Luther King Junior day speech that event coordinators were forced to turn people away at the doors. Not because they were out of seats, but because they had reached the maximum number of people allowed to remain within fire code. Live streaming was available for those who could not fit in the room to see King speak. The video is still available online for the public and has been viewed over 150 times since he spoke on January 16. King’s main message for the night was that we have not yet reached peak humanity though some may believe that we have.

To support his point King cited and showed videos depicting violence against unarmed African Americans, discussed the issues surrounding indigenous peoples and their sacred lands, and discussed historical evidence showing the peaks and valleys in humanity.

Fitting with the theme of the day, King encouraged the audience to be uncomfortable, stating that change does not happen inside of our comfort zones.

King’s message fit well with the themes of similar discussions held throughout the day on campus as Concordia celebrated Martin Luther King Jr. Day. The morning started with yoga and continued with a special chapel service, a plenary session by Dr. David Creech and concurrent sessions throughout the day.