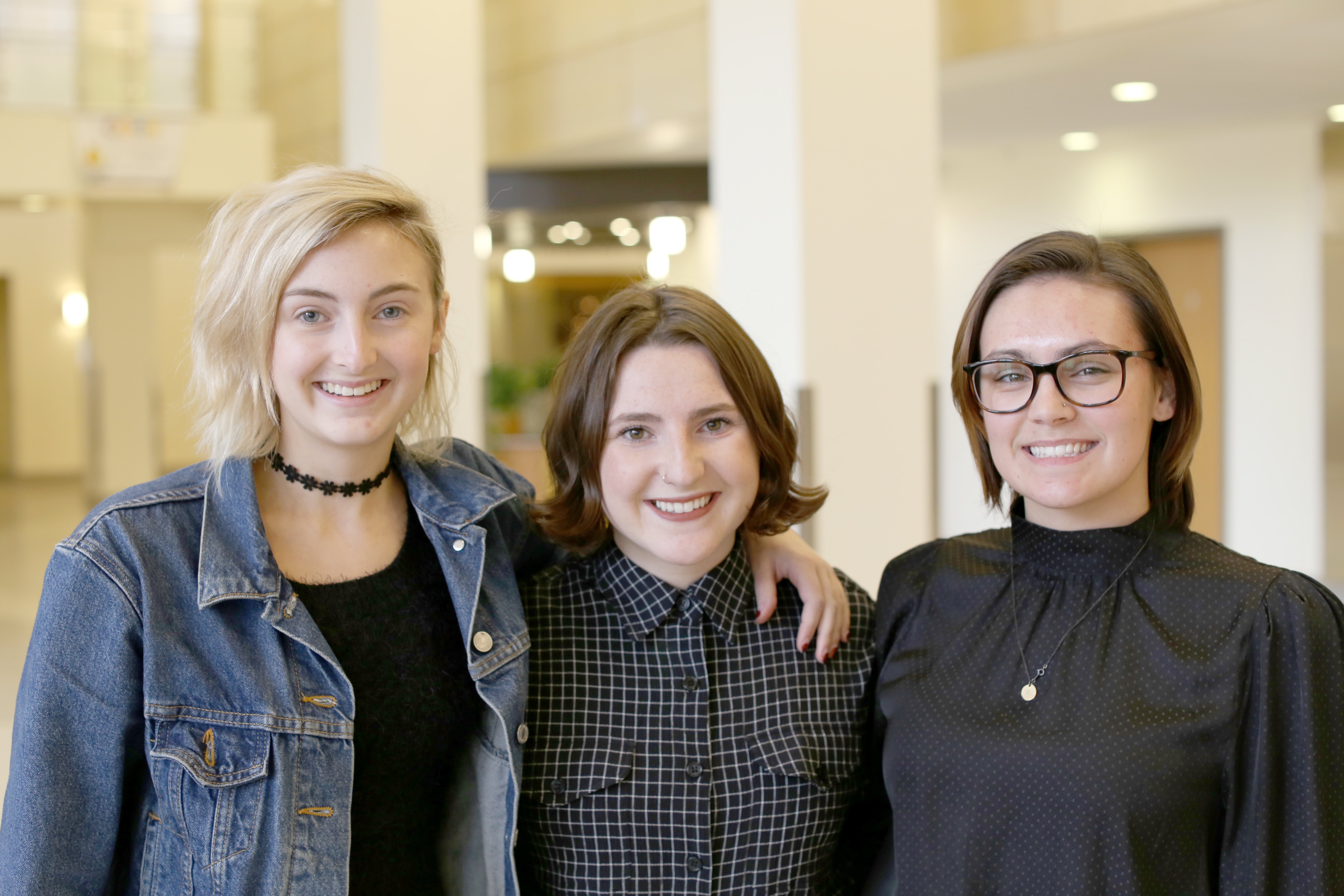 As graduation day approaches, many seniors are making important decisions regarding their future plans. Some graduates will be entering the workforce, and others will be going onto graduate school. A handful of Concordia students, however, will be preparing for their year-long internships working in Zhuhai, China, at the United International College. Four of these students include Jaron Dahle, Amy Crane, Samantha Ferguson and Megan Shelden.

Earlier this year, Concordia’s Global Learning Office provided this opportunity through an email sent to students who had studied abroad previously. Shelden, Dahle, Crane and Ferguson all jumped on this opportunity, but for different reasons. Crane, a double major in political science and global studies with a minor in women and gender studies, had previously traveled abroad on a May Seminar to South Africa, London, and Amsterdam. She was inspired to go abroad once more after a Concordia graduate who took this internship spoke in Crane’s senior seminar class.

“She said she learned a lot about herself and what she wanted to do,” Crane said. “I didn’t have any plans after graduation, and I have been feeling pressure to figure out what I’m going to do. … It just so happened that the application was due later that week, so I thought ‘why not,’ and applied for it.”

Dahle, a double major in English writing and Chinese, saw the internship as an opportunity to return to China, where he had spent a semester studying last year. Dahle fell in love with the culture and language while studying both at Concordia and abroad.

“I’m incredibly excited; I love China,” Dahle said. “I love the language, and writing the characters. It’s like art to me.”

Shelden, a triple major in French, Chinese and Global Studies, has planned to move to China since freshman year. Her study abroad experience in China last year intensified her desire to return.

“One of my main reasons [to go to China] is to work on my Mandarin, my Chinese,” Shelden said. “I miss the people, the food, the culture.” Crane, Dahl and Shelden will be working in the English Language Center, which Crane states is sort of like the equivalent of Concordia’s Writing Center.

They will also be working as teaching assistants, and will each lead an extracurricular club of their choosing to help students work on their English skills.

Meanwhile, Ferguson, a double major in environmental studies and global studies, gained an interest in global learning after she spent a semester in India, and gained further inspiration from her friends and peers at Concordia who have studied or lived in other countries. Ferguson will be working as a teaching assistant in an environmental awareness class that is required for everyone at the university to attend. Ferguson is excited to be able to use both of her majors to help others become aware about environmental issues in China.

Ferguson will be working with groups of students to come up with initiatives for events and programs to help make the campus more sustainable, as well as to grow awareness of existing sustainability initiatives. In addition to working with students, Ferguson will also be working in the Environmental Center helping staff members with their English skills.

“I think that the way that we frame how we talk about the environment is really important,” Ferguson said.

She also believes that teaching environmental language, especially in countries such as China where it is essentially nonexistent, is crucial because it allows others to be empowered when talking about those issues.

Despite the teaching that Shelden, Crane, Dahle and Ferguson will be doing, they also will be taking advantage of many learning opportunities. The interns are required to take a class on Chinese history, culture, and language, and will also have a chance to travel over breaks during the school year.

“I’m most excited to live in and experience a culture that is completely different than my own,” Crane said. “Having to make it on your own in a different culture will responsibilities she can seize while living in Asia. “We’re going to have a month and a half to two month break, so we’re all hoping to travel to Cambodia, Thailand, Korea, just do a whole bunch of traveling all around Asia,” Shelden said.

Besides having the opportunity to live in a new city, learn cultural differences, and experience new ways of life, Ferguson is most looking forward to the lessons she can apply to her future endeavors.

“I’m also excited to isolate environmental awareness in my mind. I am very motivated by justice issues – I like looking at the intersects between the social justice and environmental issue – but I think I need to take that hat off while I’m in China,” Ferguson said. “I think this experience will help me develop really important skills for the whatever future career I go into, such as to be able to take a bipartisan approach to environmental issues.”

Dahle says that while there are many exciting things to look forward to next year, there will also be challenging moments.

“I’m nervous about being a way for a year. I’ll definitely be missing family and friends, and cheese. … They don’t eat much cheese in China,” Dahle said.

Ferguson is also nervous about missing her friends and family.

“After graduating from college it’s already hard to keep in touch with people, but having a year where I have limited internet and limited texting and phone calls will have me further away from people than I’d like to be,” Ferguson said. “But having a year to figure out my own life, who I want to be and who I am, and what I want to pursue will also be very beneficial for me.”

Ferguson hopes her biggest takeaway will be establishing connections across the globe.

“I really want to branch out and get to know new world views, and hopefully inspire people about environmental issues,” Ferguson said.

Dahle is ultimately optimistic and thankful for this opportunity.

“I was the kid in swimming lessons who one day got out of the water, walked up to the high dive, and just jumped right in, and I survived,” Dahle said. “That is sort of a metaphor for what this experience will be.”