By: Casey Max
In: News
With: 0 Comments 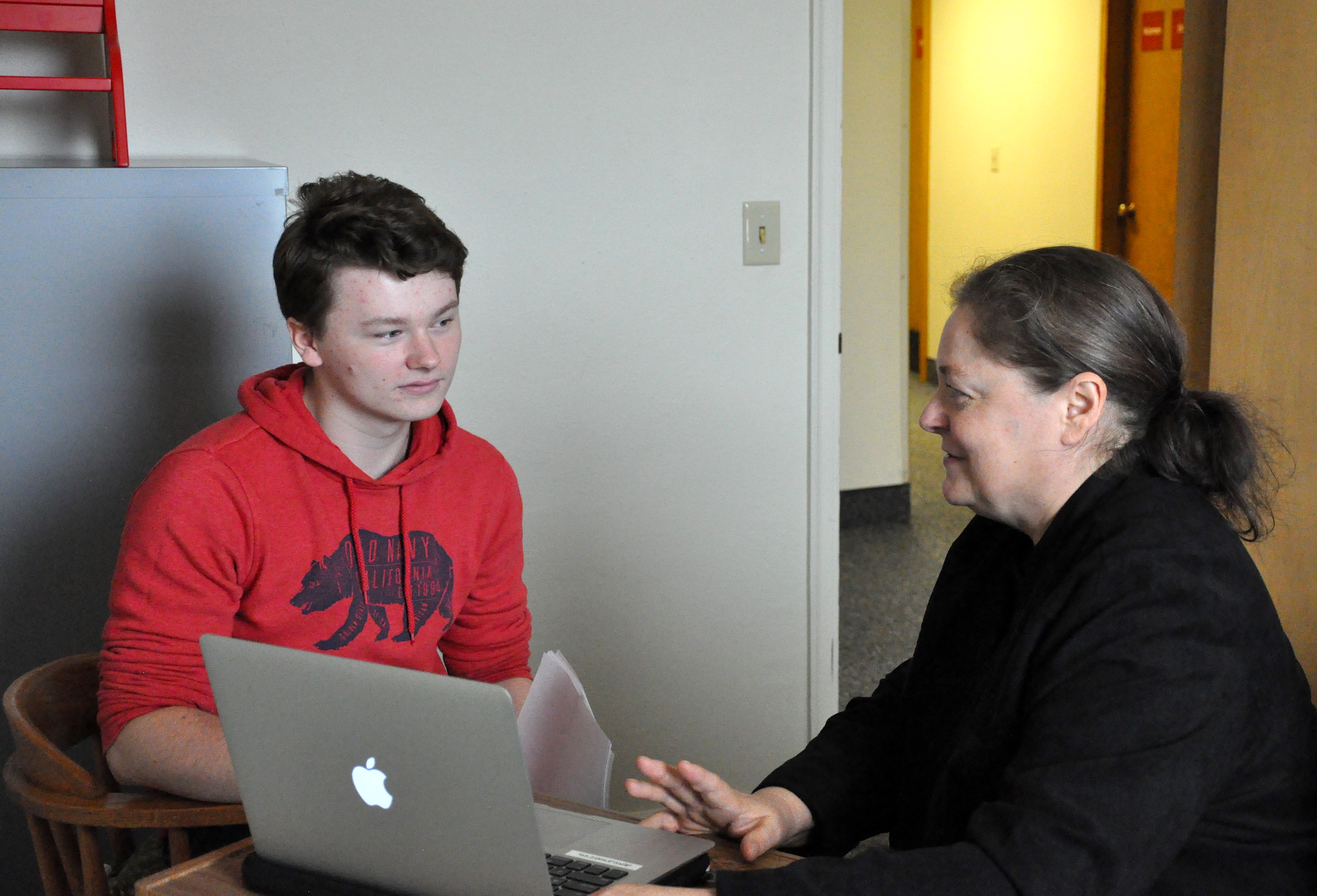 Archer and West had the opportunity to apply after Erika Strandjord, an English professor at Concordia, announced that she was leaving last spring. After living in the Midwest all of her life, Strandjord made a big leap by moving to California. It was for a good reason: finally living with her husband.

According to Strandjord, the number of higher education jobs for doctorate-holders is decreasing, which meant she and her husband had a hard time finding jobs close together. When Strandjord joined Concordia’s English faculty in 2013, her now-husband was still in graduate school. After graduation, he found a job at University of California-Davis working in research.

“After four years of living apart, two of them while we were married, it was time for us to live together,” Strandjord said.

West and Archer, currently on one-year contracts, are both teaching Inquiry Written Communication courses. In addition to IWC, West has taken over some of the classes previously taught by Strandjord, including Business Writing and Technical Writing. Both had a unique interest in Concordia that made them apply for the position: family.

West, who holds a doctorate in Rhetoric, Writing, and Culture from North Dakota State University, says her family traditions are one of the reasons she wanted to work at Concordia.

“I grew up on the Christmas Concerts, a number of my family members attended here, and another family member was a professor here,” she said.

Archer has a master’s degree, also from NDSU, with a focus on composition and rhetoric. After his wife was hired as Concordia’s first-year experience librarian, Archer decided to leave his position at Eastern Iowa Community College and apply to Concordia.

“It was something I wanted to investigate, mostly because of the liberal arts direction that Concordia takes,” Archer said. “I think it is an underestimated value these days.”

As the school year has officially started for Concordia, Archer and West both feel positive about their classes.

“Working here is a great pleasure,” West said. “The students are amazing, engaged, and very bright.”

Archer said that he is “living the dream” here at Concordia, and particularly appreciates the support he has received was a new faculty member.
“[Concordia] has more active and broad support in establishment as a first-year faculty,” he said. “There’s a community that I haven’t seen reflected in my previous institutions. It’s really great.”

At Concordia, just like first-year students get Orientation Leaders, first-year faculty members get a faculty mentor to help support them through their first year of teaching. West’s mentor is Dr. Jonathan Steinwand, professor of English and co-director of the environmental studies program, and Archer’s mentor is Dr. Dawn Duncan, professor of English and global studies.

““I really like Seth,” Duncan said. “I like his enthusiasm and his new ideas. It’s always great to have new ideas. I like how easy he is to work with and willing to try things.”

Strandjord was able to meet West during her last semester at Concordia.

“I really enjoyed our conversation,” Strandjord said. “She is really interested in teaching writing for college and for the world of work, and we had fun comparing notes about how we teach and what we teach.”

As for Concordia’s future in English, Strandjord has no worries.

“Concordia’s English department is strong and the faculty members in it are committed to the work of teaching writing and literature, so I think it has a bright future,” she said.