By: Brady Drake
In: Sports
With: 0 Comments 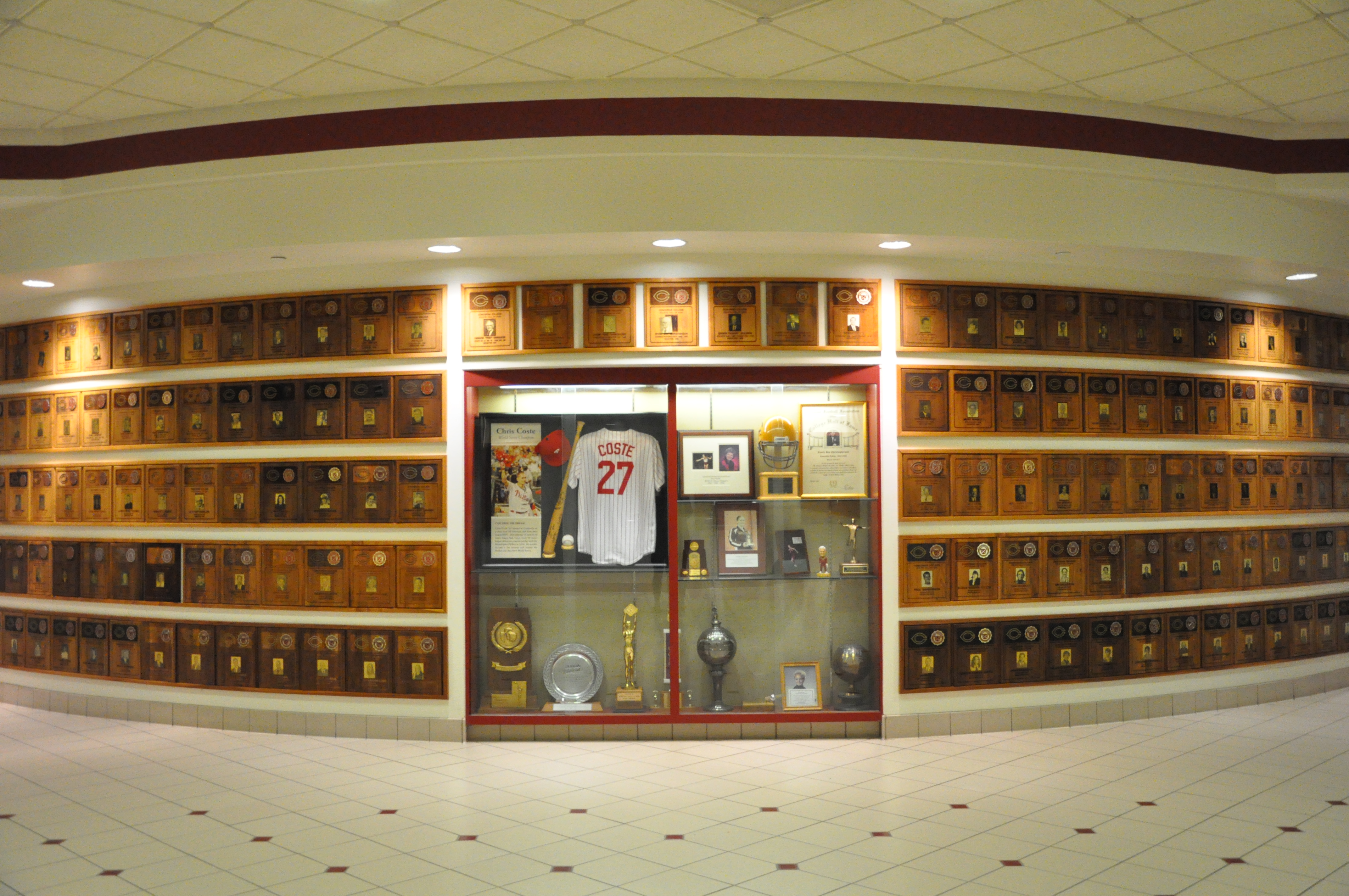 This Saturday, four new names will be added to the Concordia College Athletic Hall of Fame. One of the four inductees, Jim Cella, has managed to make a positive impact on all 20 of the school’s athletic programs despite never having competed as an athlete for Concordia College.

Many people often make the mistake of calling Cella “Sid.” The mistake stems from the acronym used for his title, sport information director, on social media. The @CobberSID Twitter account has become so synonymous with Cella that he makes sure to let incoming football players know at the beginning of fall camp that his name is in fact Jim.

As Concordia’s sports information director, Cella serves on the committee that selects former athletes and coaches for the Hall of Fame. The other members of the committee surprised Cella this year after easily selecting the first three members.

“Usually we want to have four candidates inducted,” Cella said. “We got Tory, Shawna, and Brandi right off the bat and so for the fourth I’m going, ‘Here are the ones we could do for the fourth, we can do this person, this person’s good, this track person’… I look up and everybody in the committee’s looking at me and I’m like, ‘What? We got to come up with a fourth.’ Then they look at me and start laughing and I go, ‘What? Do I need to do this, guys? We need a fourth.’ And they say, ‘We got a fourth’ and I say, ‘Really, who is it?’ And they all looked at me and said, ‘It’s you knucklehead.’”

Cella did not try to hide his emotional response to the surprise.

“I found out and then I broke down,” Cella said. “So then I called my wife and I could barely talk.”

Although Cella has a hard time imagining himself in the Hall of Fame category, deputy athletic director Rachel Bergeson thinks that Cella is an obvious selection.

“He is really a front-runner in some of the new endeavors in sports information directing, so a lot of people look up to him as a leader and come to him for advice,” Bergeson said. “He’s always willing to try new things as far as social media and he’s one of the better SIDs in the MIAC and all of Division III.”

Cella’s ability to stay up-to-date with social media trends is what sets him apart professionally, but students who have worked for him think it is his ability to teach that makes him a leader.

Austin Hawkins, currently a graduate assistant coach for the Winona State University Warriors men’s basketball team, worked for Cella while attending Concordia. Working for Cella opened doors for Hawkins, allowing him to intern in a role similar to that of an SID with both the Fargo-Moorhead RedHawks, an independent minor league baseball team, and the Rochester Red Wings, the triple-A affiliate of the Minnesota Twins.

“He cares so much about Concordia athletically and as a place,” Hawkins said. “He wants the athletes to be successful on and off the field.”

Though most current students know Cella as Cobber SID, he is also the winningest coach in Concordia men’s soccer history. During his 12 seasons as head soccer coach, Cella won 105 regular season games and back-to-back conference championships with titles in 1995 and 1996. He also was head coach of the women’s soccer team from 2000 to 2001 and served as an assistant coach for men’s hockey as well as softball.

After the 2001 season, Cella decided to step down from his role as head soccer coach and move into the SID role. Although he cannot completely let go of the coach in him—he still serves as an assistant coach with the men’s soccer team—he has clearly embraced his new role over the years. Cella subscribes to the thought that if you love your job, you will never work a day in your life.

The hall of fame induction is scheduled for 5 p.m. Saturday, Sept. 30 in Barry Auditorium.