Coste to return to Fargo-Moorhead RedHawks, this time as hitting coach

By: Kayla Dostal
In: Features, Sports
With: 0 Comments 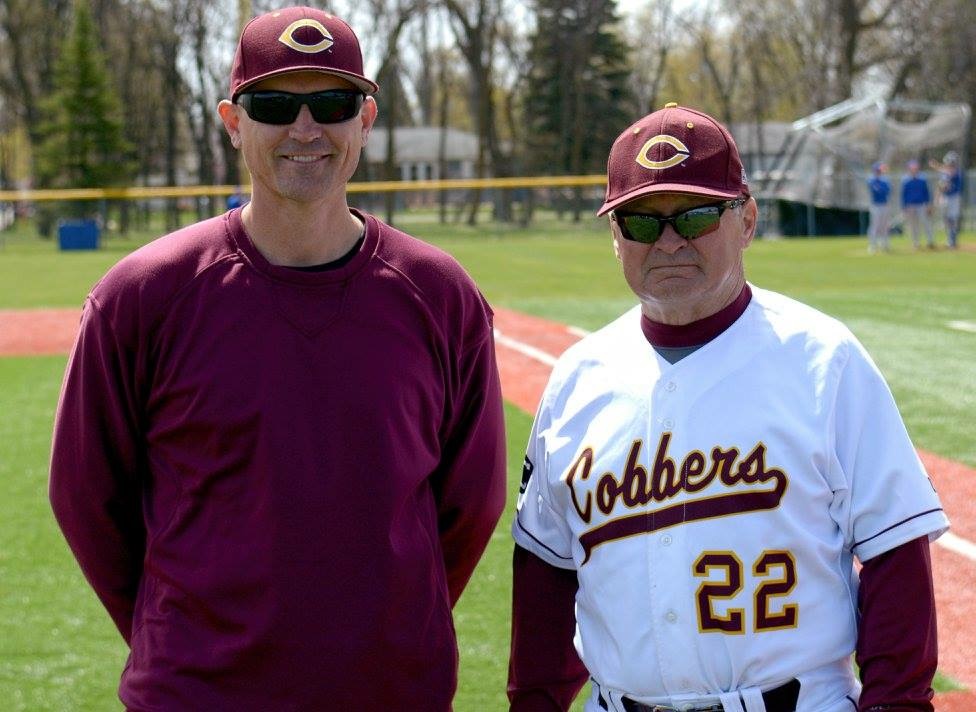 Concordia’s head baseball coach Chris Coste will once again don a Fargo-Moorhead RedHawks’ jersey, only this time, he will wear it as a coach.

Coste was a catcher for the RedHawks from 1996-1999 and later played on the Philadelphia Phillies with whom he won a World Series in 2008. Though Coste has been away from the professional baseball scene since 2010, he is excited to return to the RedHawks as a hitting coach.

“What I’m looking forward to the most with the RedHawks is being part of baseball every day at a professional level in front of a lot of fans where every single day baseball feels important,” Coste said.

Brad Thom, a ‘91 Concordia alum who is the president and CEO of the RedHawks, is excited for Coste’s return as well.

“He’s one of our most famous RedHawk alum,” Thom said. “He’s a good human being. He really fit in with what we’re trying to accomplish. His philosophies are the same as our field managers’ as far as baseball philosophies go. With Chris’ position at Concordia, it couldn’t have worked out any better for both Concordia and the RedHawks.”

Because the RedHawks and Concordia play in different seasons, Coste will be able to coach both positions.

“That was one of the major stipulations,” Coste said of his RedHawks’ contract. “With the agreement they know that I’m a Cobber 365 days a year, but I can also become a RedHawk when our season ends.”

The RedHawks’ first practice is May 6, one day before Concordia’s last regular season game, so there will be a slight overlap between the two seasons. Coste hopes for an even longer overlap, because it would mean that the Cobbers are having success in the playoffs. During these few weeks in May, he will be doing double practices, one with the RedHawks and one with the Cobbers.

Bucky Burgau, who has been the assistant Concordia baseball coach since 2014 after 36 seasons as head coach, knows too well what it is like to juggle both the RedHawks and Concordia. Burgau also coached both teams simultaneously from 1999-2014. With Coste following in his footsteps, Burgau is confident that Coste has what it takes to do both.

“I did it for a lot of years, and I know it’s doable if you love baseball and love putting the uniform on every day at a professional level,” Burgau said. It’s fun going to the ballpark and there’s four thousand people there. That is exciting. And your name is on the back of your jersey and I think that’s advertising for Concordia.”

Coste will be a third base coach for the RedHawks, where he will assist with base running. But his duties extend beyond that: he will also be working with players on hitting as well as helping with the catchers, as he was a catcher himself. Thom knows that Coste’s experience in baseball will be beneficial for the RedHawks.

“With his life experience and breadth of knowledge being a World Champion and bringing that into the locker room for these players will be pretty awesome for them,” Thom said. “He was one of our best players ever. He was the first RedHawk to make it into the major leagues. We’re definitely excited to have him.”

While Coste is ready for the chance to coach at the professional level, he is happy at Concordia and has no plans of leaving.

“I think a lot of people think that I’m transitioning out of Concordia to the RedHawks,” Coste said. “And that’s absolutely not the case. I have absolutely no desire to make the RedHawks a year round situation.”

Fans can watch Coste and the rest of the Concordia baseball team kick off their season on Feb. 26 when they play Augustana in Florida. As for the RedHawks, their first game is on May 8 in Winnipeg.