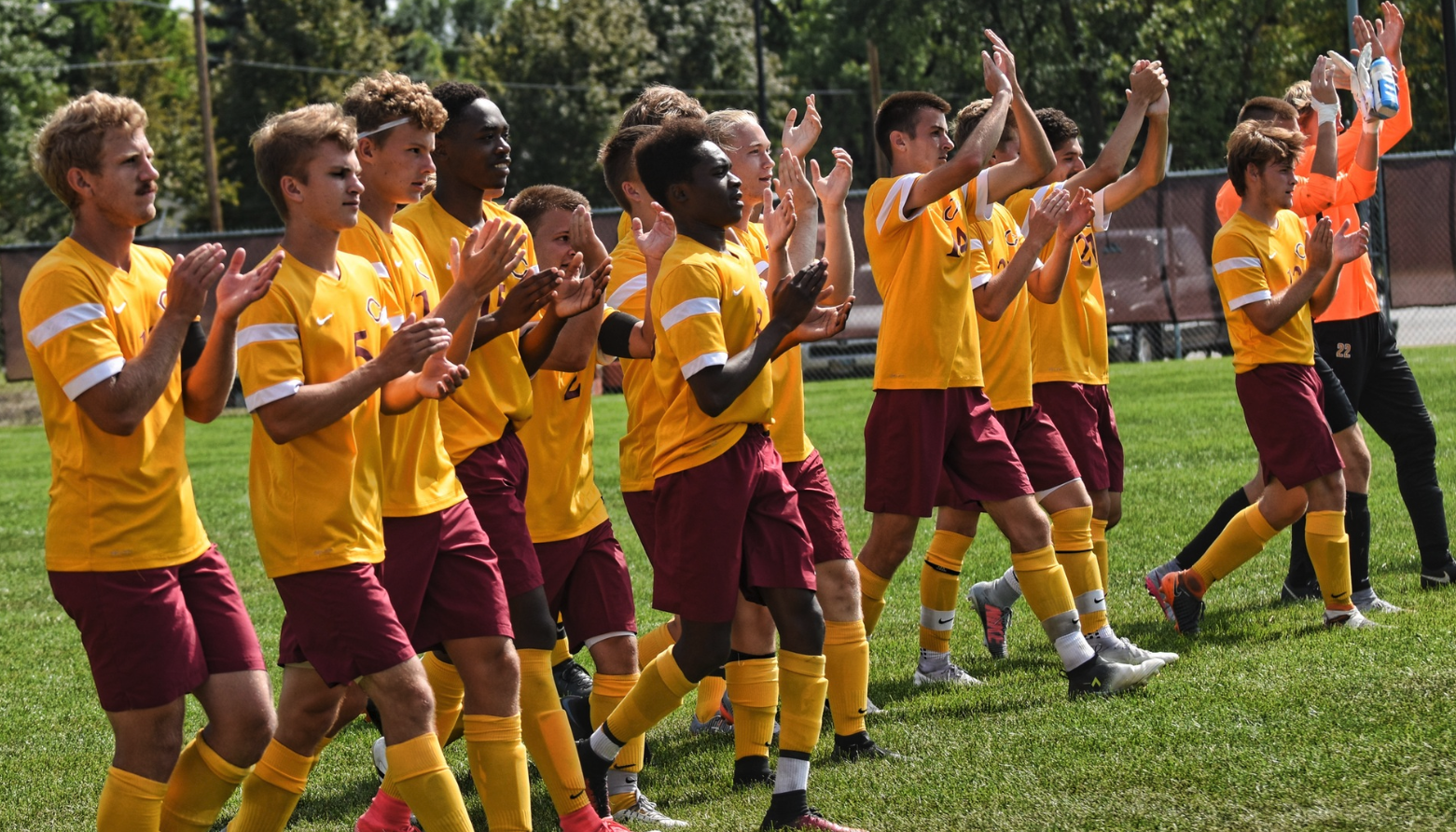 After an up and down year, the volleyball team wrapped up its season last weekend with a loss on the road at Saint Benedict. The Cobbers finished one spot behind St. Olaf for a playoff bid with a conference record of 4-7 and finished with the same .364 winning percentage they had last year despite only having one senior on the team this season. Haley Cuppett led the Cobbers with 248 kills while Jill Klaphake paved the way with 552 assists. All in all, Concordia finished 9-18 in 27 matches played, a slight improvement over 2017’s mark of 7-15. 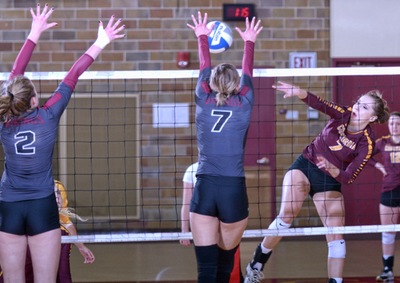 Currently on a four-game losing streak, Terry Horan and company will look to get back in the black and keep the Troll for another year on Saturday at St. Olaf. After a 3-1 start to the year, including a 55-0 demolition of Hamline in Week 4, a Homecoming loss to St. Thomas set the Cobbers on a downward spiral which has seen Concordia get outscored 156-48 over the last month. Dane Ringquist and Rylie Sheridan lead the Cobber backfield with 10 touchdowns and just a shade under 1000 yards combined. Junior quarterback Blake Kragnes has thrown for eight touchdowns and picked up four more on the ground. With two games remaining on the schedule — at St. Olaf and home against Carleton on Nov. 10 — Concordia will aim to get back to .500 for the year. 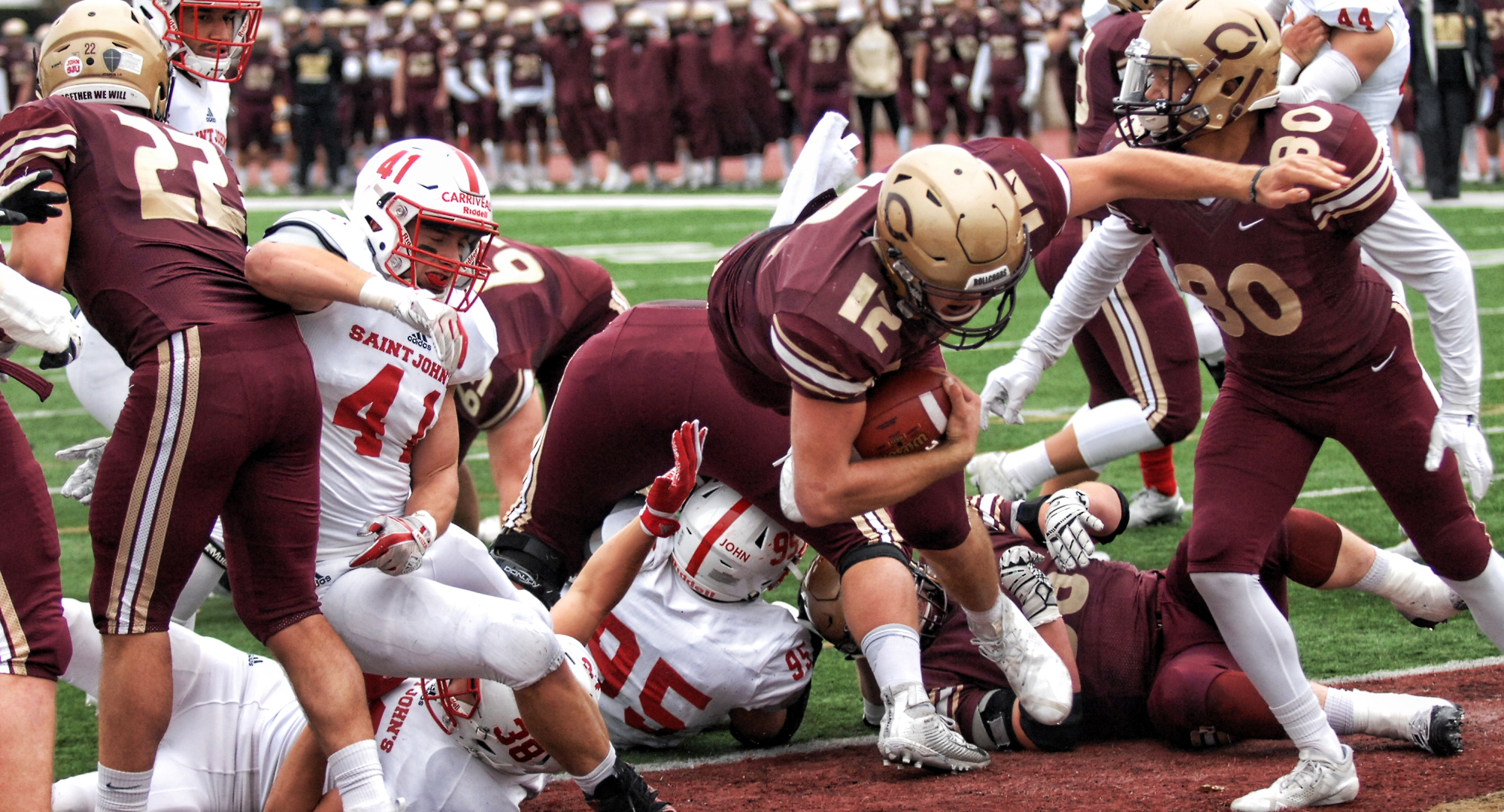 Both the Cobber men and women have won two meets they’ve competed in so far this season and will look to keep moving forward as they ready for the NCAA Central Regional at Wartburg College in Waverly, Iowa next Saturday, Nov. 10. Junior Kara Anderson led the Cobber women in all six meets she competed in, placing 27th in the MIAC Championship Meet last Saturday with a 6K time of 23:50. Senior Brianna Gruenberg finished in 43rd place at the MIAC meet to mark her fourth straight top-50 finish at the event. As a team, the women placed ninth in the conference with 231 total points.

Sophomore Munir Isahek led the Cobber men’s squad to a seventh place finish at the MIAC Championship Meet, their best finish since 2010, after finishing in 17th place individually with an 8K time of of 26:27. Isahek was six seconds away from earning All-Conference honors with a Top-15 place. Freshman Nolad Christenson cut 49 seconds from the time he posted on the same course earlier in the year to finish 45th with a time of 27:26. The men’s team will also head to the NCAA Central Regional next weekend in Iowa. 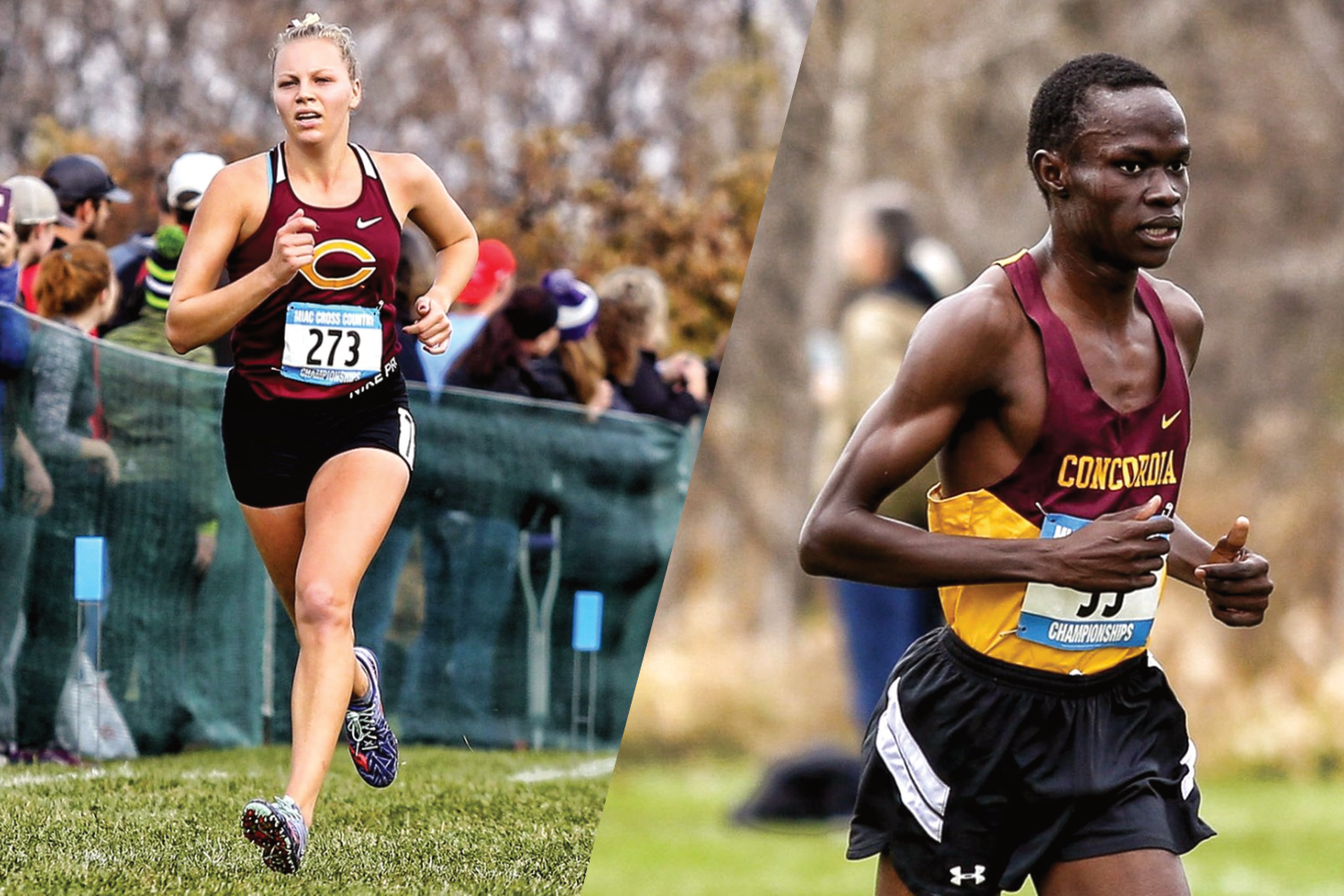 The women’s soccer team finished off head coach Rebecca O’Shurak’s first season with a bang, defeating Saint Mary’s 3-2 in extra time on Saturday to cap the 2018 season. Kalli Baarstad’s goal in the first overtime period was enough to earn the Cobbers their seventh win of the season. Concordia finished the year 7-8-3 overall and 3-6-2 in the MIAC. The Cobbers finished one spot outside the playoffs in seventh place and scored more goals than they have in the last five seasons. Baarstad led the group with 10 goals and four assists on the year.

Junior Aronah Mukhtar led the men’s soccer team with seven goals and three assists in 18 games played this season. Freshman Nate Weaver also had seven goals for the Cobbers, who finished in the tie for 10th place in the MIAC with a 1-8-1 conference record. Overall, the team finished 7-10-1 with a non-conference win over Saint John’s a notable highlight. A six-game losing streak in conference play ruined any hope of a playoff position, but the Cobbers look poised for the future with four of their top five scorers, as well as their starting goaltender, returning next season.

Freshman Matt Kulla stormed onto the scene for the men’s golf team this season, posting a school record 65 in his first collegiate round at the Augsburg Fall Invite in September and recording two top-five finishes in his first three tournaments, but in the latter half of the season, Senior Nathaniel Kahlbaugh and Junior Gage Stromme showed their mettle with consistency down the stretch. Kahlbaugh led the Cobbers to a third place finish at the St. John’s Invitational with a T-3 individual finish before Stromme shot 77-73-74 in the MIAC Championship to place 11th overall and help the Cobbers to a seventh place finish as a team.

Junior Katie Krueger led the women’s golf team to a ninth place finish at the MIAC Championship Meet at Pebble Creek Golf Club with a score of 260, good for 28th place individually. Krueger led Concordia with a scoring average of 85.4 this fall. Their bests result as a team this season came at the Jimmie Fall Classic in Jamestown in September when a third place finish was instigated by top-10 finishes from Krueger, Sophomore Bailey Klause, and Junior Alyssa Dalen. With no seniors on the roster this season, the Cobbers will return all of their top talent next season. 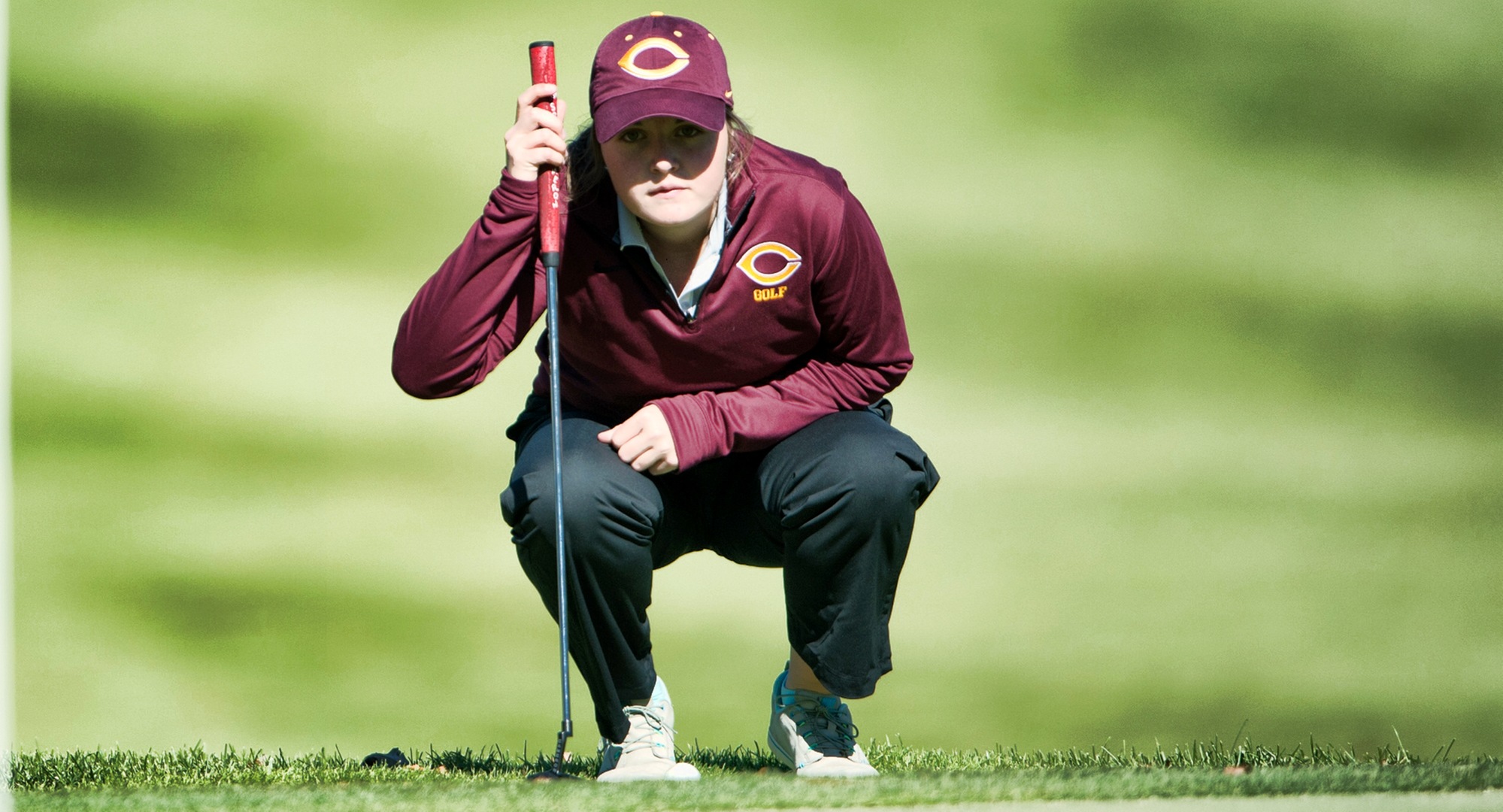 All photos courtesy of COBBERSID.