By: Brittney Vance
In: Campus, News
Tagged: club, women in business
With: 0 Comments 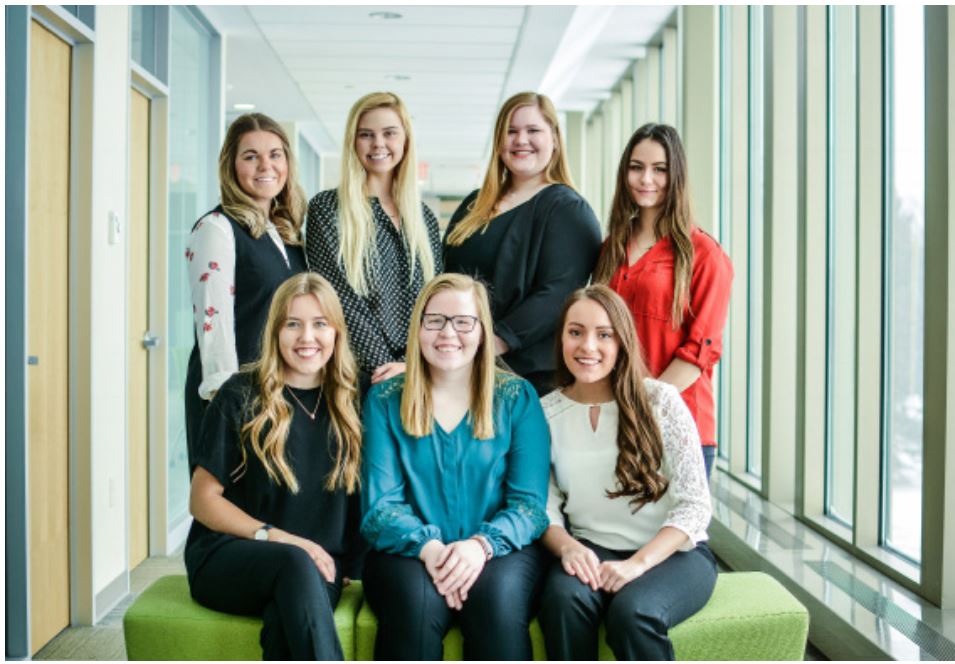 Gender equality and feminism have been hot topics for a while in both political discussions and the workforce in general. The Women in Business Club aims to promote discussion about it, specifically in business.

The Women in Business Club is a new club on campus that was started by Mattea Nybo, class of ’19. Nybo started the club based on North Dakota State University Women in Business Club meetings she had attended and the symposium based on gender equality last fall. She mentioned the idea to a study group about clubs, and after getting support from that group she decided to create the club herself.

“It’s important because I’ve seen so many influential members of the community to build us up, and that’s valuable,” she said.

Jennifer Reinan, the secretary for the club this year, also commented on the importance of the club in an email interview.

“There’s such a strong community in Fargo, and I really just want to be able to learn skills that lead to success from people who have made it happen for themselves,” she said.

The club’s goal is to showcase influential women in the business world and to build up the community of women by showcasing these speakers. Nybo hopes to bring speakers from the Fargo-Moorhead area to show women that they can be successful in business.

“Women are still underrepresented in the business world,” Nybo said. “But there are women out there who have paved the path. It’s empowering for us to know we can make it.”

The club had its first meeting Wednesday, January 23. For the meeting, the club brought in Emily Schubert from NDSU to talk about networking and how to be the most memorable person in the room, handed out pins, and had an overview of what the club hopes to do and accomplish. Anna Benson, a member of the club, is excited for the opportunity to listen to influential women in the business world.

“I’m really excited to bring in a lot of influential women from our community and learn about their experience in the workforce,” she said in an email interview. “Also to just learn tips and tricks on what to expect and do in different situations.”

Reinan looks forward to the future of the club, even after the current leaders graduate.

“I hope to come back to Concordia in 10 years and see that the club has maintained success and opened doors for women, and that it has a large list of awesome women who have been inspired by something they learned,” she said.

Despite the club just beginning, the members of the club are already finding it useful and engaging. Reinan shared her enthusiasm for the club.

“My favorite experience has been getting to know the awesome ladies on the executive team!” she said. “They’re all super great and fit their roles perfectly, so I’m excited to see what we can do with the rest of the year before I graduate and hand it off to the next year of women leaders.”

Nybo already has plans for what she wants to do with the club over the next semester. Her hopes include an entrepreneurship panel, a young alumni event, and volunteering opportunities of some sort. While none of this is set in stone, she is confident the club will continue to provide engaging opportunities to empower women, whether they are in business or otherwise.

“My hope would be to have great attendance and longevity. I would love to see continuance and promoting of the club so everybody has access,” she said.

The Women in Business Club’s next meeting is February 20 at 6:00 p.m. in Grant Center room 018. Laura Caroon and Danyel Moe, the creators of the community group “Ladyboss,” will be speaking about how they created the organization and why female empowerment and equality is important, as well as answering questions for attendees.