Film review: “The Little Things” is too out of touch for 2021 audiences

By: Dominic Erickson
In: Film/TV, Variety
With: 0 Comments 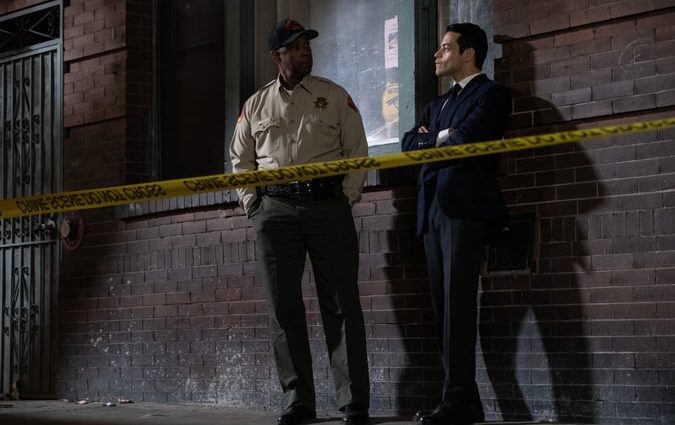 Sometimes, the combination of a movie’s interesting premise, decorated starpower and promise of an interesting throwback experience sounds too good to pass up. Cue the first wide release of 2021, released in theaters and on HBO Max.

New from writer-director John Lee Hancock (“The Blind Side,” “The Highwaymen”) comes “The Little Things,” a crime thriller following two cops on the hunt for a serial killer in 1990 Los Angeles.

Denzel Washington and Rami Malek play the officers, the former haunted by his mysterious past and the latter young and ambitious. Jared Leto stars as their creepy, greasy prime suspect. All three leads have an Academy Award under their belt. All three are heavy-hitters in the right light.

As far as what is to be expected of a 90s LA neo-noir, Hancock’s direction and photography are spot-on. The lighting is a high point too, with such staples as dimly lit streets and a flashlight gleaming around an apartment. An updated score by Thomas Newman also tries to bring “The Little Things” to the modern screen.

The fun, unfortunately, stops there. The editing is at some points abysmal. Rapidfire shots jump around simple dialogue scenes, and continuity takes a noticeable absence from others. The script is tiresome and stiff, leaving a dull, predictable story that is far from captivating.

The reason for “The Little Things’” out of fashion atmosphere is that it was written in the early 1990s. Thirty years is a long time for a script to hit the screen. Recognized mainly by the eye roll-worthy one-liners (at one point, Washington’s character says, “harder than Chinese arithmetic,” which surely would have absolutely killed over 20 years ago), the film is all but inventive when it comes to dialogue. There is much emphasis on the “coolness” of the line delivery, but there isn’t much depth to the words at all.

As far as the performances go, Malek and Washington are fine. There’s not a lot of chemistry, but the script doesn’t exactly allow it. The story feels like it should center closer to Washington’s past eating away at him and his relationship with his wet-behind-the-ears partner. It is far from hitting that mark, and there is too much attention paid to Leto overacting circles around the duo.

Although written before “Seven,” there is no denying the obvious similarities. With the huge cultural resonance that came with David Fincher’s 1995 hit, audiences will inevitably draw comparisons, whether the creative choices were intentional or not. The similarities run further than “old-school meets new-school to catch a psycho killer that plays mind games.”

2021-02-09
Previous Post: Biden and Putin: Doing the right thing despite politics
Next Post: The show must go on: Concordia On-Air prevails through pandemic