By: Dominic Erickson
In: Film/TV, Variety
With: 0 Comments 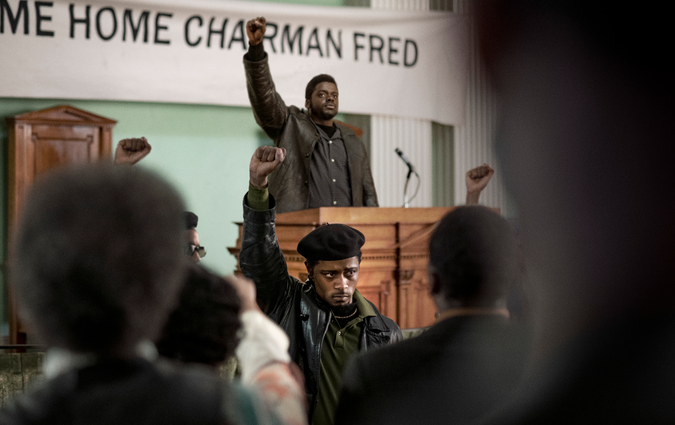 Every year, new stories surrounding society-changing events are brought to the big screen. Some are bland stories that never quite hammer home why the audience should care. Others, such as the new film by Shaka King, make it clear why some stories need to be told to not just keep a conversation alive, but by adding to it as well. “Judas and the Black Messiah” is a heartbreaking background story about the demise of yet another Black civil rights leader at the hands of the U.S. government.

Set in late 1960s Chicago, “Judas and the Black Messiah” brings back together two of the most promising actors of the decade, Daniel Kaluuya and Lakeith Stanfield, who both gained widespread attention after Jordan Peele’s acclaimed “Get Out.” Kaluuya stars as Fred Hampton, chairman of the Illinois Black Panther Party. Stanfield plays Bill O’Neal, an FBI informant tasked with infiltrating the organization. Jesse Plemons, Dominique Fishback and Ashton Sanders also star.

As the biblical allusion in the title suggests, the film follows the eventual betrayal of Hampton, leading to the eventual dissolution of the original Black Panthers. Rather than a Fred Hampton biopic, the events are told through O’Neal’s story – a risky creative decision that pays off tremendously.

The film achieves its relevance by being released at an integral point in American civil rights history. Even though it is distributed after a year of public displays of social inequity, the film does not objectify its timeliness. Rather, it complements the present-day events by further exemplifying that there is much change to be done.

The performances by the two leads, as well as Plemons and Fishback, are certainly successful. Kaluuya shines when Hampton is on stage motivating his crowd to contribute everything they have to their revolution; Kaluuya even met with an opera coach to nail Hampton’s commanding stage voice. Stanfield switches from an uneasy rat to a fresh leader and back again seamlessly. Plemons adds yet another cold, forbidding character to his filmography.

A few times, “Judas and the Black Messiah” steers away from the central ensemble of Black Panthers to focus on the federal government’s motive to assassinate Hampton. These scenes feel irrelevant and limp. While more screen time for Plemons is not normally frowned upon, the short scenes of J. Edgar Hoover (played by Martin Sheen) do not add anything worthwhile. The fact that the violence was state-actioned is hammered home.

“Judas and the Black Messiah” tells a captivating story about a horrendous time in America for Black people and those strangled by class conflict. It is an engaging look at how a socialist organization crumbled at the hands of betrayal.

2021-02-18
Previous Post: Opinion: The need for accountability in the GOP
Next Post: Embracing the Chill: Things to do in the F-M area this winter