By: Rachel Hauschildt
In: General
With: 0 Comments 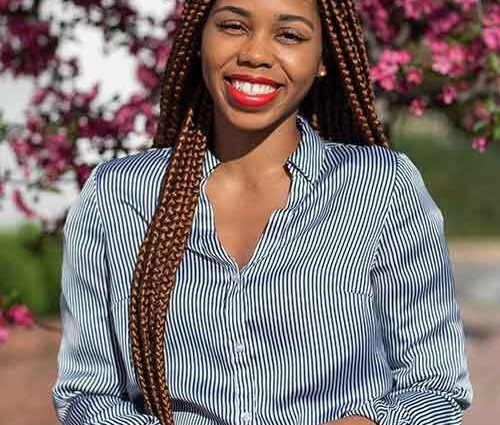 Derecka Purnell, a civil rights lawyer from St. Louis, Missouri, joins the Martin Luther King Jr. Day festivities at Concordia College as the second keynote speaker of the event. She is an organizer, writer and author of a recently published book “Becoming Abolitionists: Police, Protests, and the Pursuit of Freedom.”

The theme for Concordia’s 2022 Martin Luther King Jr. Day is “Daring to Dream: The Radical Imagination of a New Generation.” According to Concordia’s website, “We ask our audience, campus, and greater community to critically examine how little has actually changed since the Civil Rights Movement.” The day’s events ask students to question the institutionalized structures that are currently in place, to close the gap between past historical disparities and to use radical imagination along the way.

In Purnell’s keynote address, she reflected on her own college experience at the University of Missouri-Kansas City. She was the first person in her family to graduate high school, let alone attend a university. Her mother was kicked out of high school by the age of 14. So when she toured the university and they went around campus, she listened to everything the tour guide said.

She remembered how the tour guide said never to go past a certain street, and that piece of information was lodged in the back of her head until the school’s Martin Luther King Jr. Day when they were asked to plant tulips there. It turns out, that street was the dividing line between the white and Black sides of Kansas City, Missouri.

This story is one that helped simplify the need for Black voices and action for Purnell. She was astonished that all they were doing was planting flowers instead of taking action to break down the racial divide.

With the meaning of what King was preaching, Purnell advocates for individuals to find love in one another. She believes that King was calling for a community to be loving and accepting of one another. King believed that once we close that divide, we will be able to move forward with differences. When asked about how white people can help, she said, “I want white people to care enough about white people, to change.” She told the audience to go back to family members and neighbors and to help guide them to understand the struggles that Black people are facing to this day.

Purnell asked Concordia students to take action in making the community one filled with justice. By action, she means learning more about the Black Lives Matter Movement and teaching those opposed to it what it actually means.

“We should not assume that being good people is enough,” said Purnell.

During her presentation, she commented on the act of community healing. Community healing was a popular term that floated through the Martin Luther King Jr. Day sessions. She said that even though the thought is good, it is more often than not ineffective because institutions concentrate on those not actually suffering from the hurt. In order to be effective, she says, community healing needs to encompass everyone that is involved.

In her recent book, “Becoming Abolitionists: Police, Protests, and the Pursuit of Freedom,” Purnell focuses on her own experiences and the root causes of multi-racial movements. She explores lessons that she has learned from other activists from Ferguson, Missouri to South Africa, along with historical and modern lenses that look at the Reconstruction Era and modern protests against police shootings.

2022-01-20
Previous Post: A new space for Gödel the Turtle
Next Post: Clearing a path: The unsung heroes of a cold campus commute