Blast to Global Education Past 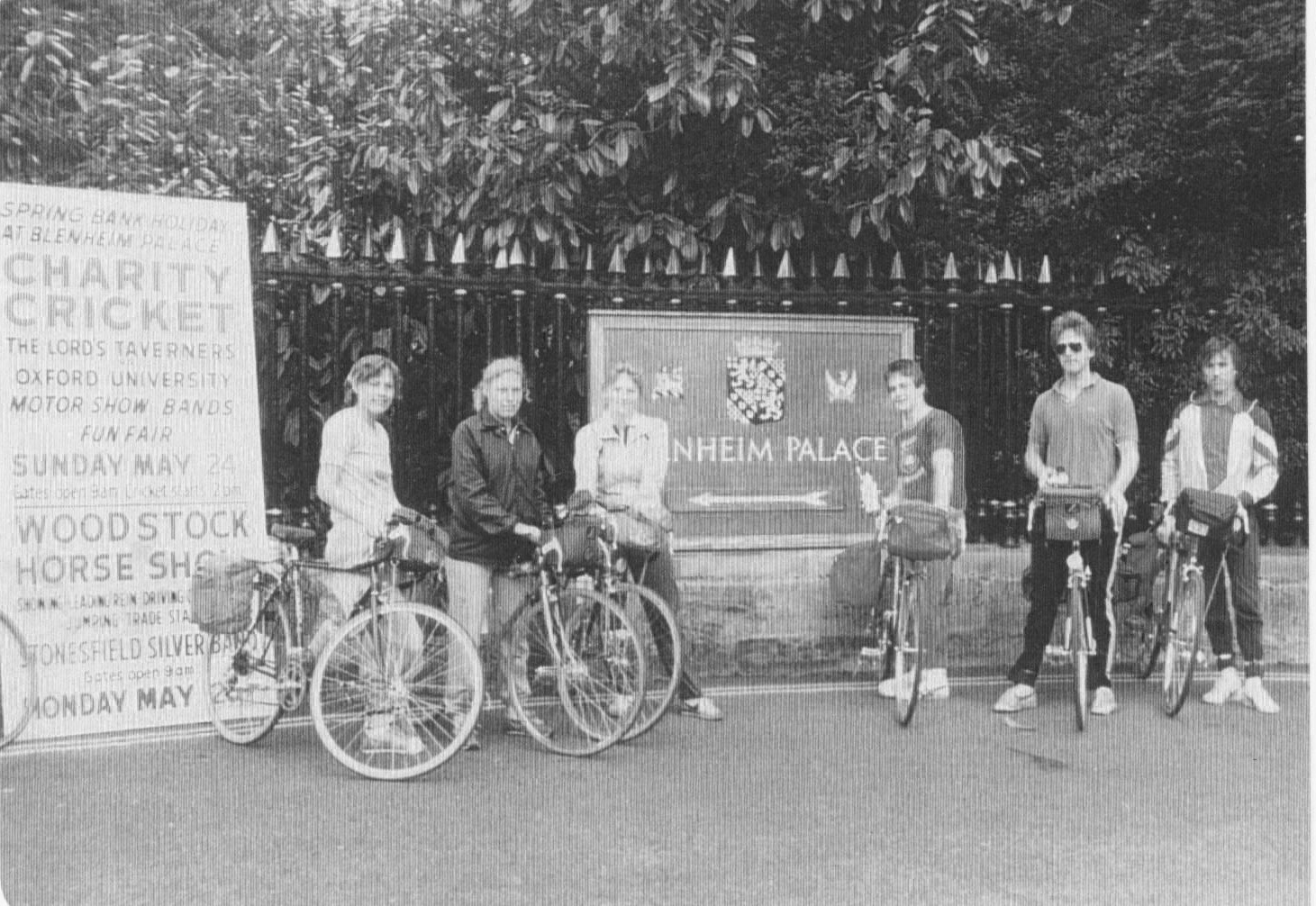 Looking around at the Global Education Expo two weeks ago, it was easy to see the important place Global Education holds for Concordia’s students, faculty and administrators, and many take for granted the numerous international programs the college offers. What most people on campus don’t realize, however, is how far the college has come in global education since its early days.

“The earliest students abroad were the ensembles, and they were pretty much limited to Norway,” said Per Anderson, associate dean for global learning.

Anderson cited the first instance of Concordia students abroad as a 1935 band trip to Norway. The band was co-ed, but at that time only the male members were allowed to take part in the trip. These musicians, plus their conductor and the president of the college, boarded a ship and sailed to Norway for their first international tour.

“I think it shows there is a deep impulse in Concordia’s history toward internationalism,” Anderson said of this initial abroad experience.

Despite the world travel of performing groups at Concordia, a true study abroad program at the college was not implemented until 1968, when May Seminars were initially introduced by French professor Odell Bjerkness. According to the March 15, 1968, edition of The Concordian, three initial seminars were going to run that spring: one to Germany, one to France and one to Spain. Twenty-five advanced-level language students participated in this first May Seminar.

May Seminars, which expanded throughout the late 1960s and early 1970s to include more destinations in Europe, North Africa and the Middle East, became popular relatively quickly. They were already thriving by the time professor of political science Peter Hovde arrived at Concordia in 1973. That year he attended one of these early May Seminars, traveling to North Africa and the Mediterranean.

Laurie Klitzke, ‘81, also participated in one of these early May Seminars, taking a bike trip through England, France and Germany in the month following her graduation. Klitzke, a physical education major, went on the seminar with a small group of fellow students and physical education professor Vivian Wenzel.

Klitzke enjoyed the format of her seminar, which was done all on bicycle, with the exception of the flight there and back and several train rides to get to the various countries.

“I thought it was a great way to travel,” Klitzke said. “I feel like we really got to know the people better rather than just getting on a train and going from point A to point B.”

One of Klitzke’s favorite memories from the trip was an accidental meeting the group had with Prince Charles and Lady Diana, who happened to be greeting the public at Balmoral Castle, not far from the group’s hotel.

“Some people in our group got to talk to Prince Charles,” Klitzke said. “I almost shook Diana’s hand.”

Apart from biking, the students were also required to keep a journal of their experiences, something Klitzke recommends to current Cobbers heading off to study abroad.

“Even though it may sound kind of tedious, when you look back you will appreciate having taken the time to do it,” Klitzke said.

Despite the success of these early May Seminars, however, Hovde said the opportunity for internationalism on campus at that time was relatively sparse.

“It was surprising how narrowly focused Concordia was on its campus curriculum,” he said.

So when Hovde took over in 1989 as director of the World Discovery programs and then director of international education, he decided to lead the college in a new direction with its global education program, which had included mostly May Seminars for about twenty years.

Hovde began by seeking out grants to send faculty on international seminars. Throughout the late 1980s and early 1990s, the college received several from the Consortium for the Advancement of Private Higher Education, the Knight Foundation and the Ford Foundation. This allowed several faculty members to take preliminary trips to South Africa, Central and South America and India with the idea that they would someday lead students to these destinations.

“They were all designed for the faculty to experience the third world through the eyes of the people on the bottom of the heap,” Hovde said.

He said that the grants had a significant effect on the growth of global education at Concordia, as they inspired faculty to start leading their own seminars. But it wasn’t just expanding May Seminars to more locations that was on Hovde’s mind. He also wanted to see Concordia students studying abroad for longer durations of time.

“With the exception of some of the language programs that had semester programs, the May Seminars were the only programs we ran,” Hovde said.

As a part of the process of getting long-term programs going, Hovde started enclave programs. Enclaves were semester-long abroad experiences where a group of Concordia students and a professor traveled to a country to live and study together. Hovde created the first enclave semesters—Scandinavia and the Baltic and Malta Mediterranean—with Mark Lund of Luther College. He also partnered with Gustavus Adolphus to create an enclave program in India.

The enclaves were more than just extended vacations, however. He wanted them to be more of an “intellectual experience.” He feels that this emphasis on study abroad was, and continues to be, what sets global education at Concordia apart from other colleges.

Today only one of these enclave programs, the seminar to India, remains at Concordia. Malta Mediterranean was cancelled in 2010, and Scandinavia and the Baltic ran for the last time last semester.

According to Anderson, the end of the enclave programs, which were designed to allow students to study abroad in English, represents new growth in global education as more international universities begin to offer a wider range of English-taught courses.

“Students can study their discipline in another culture,” Anderson said, “and have that cross-cultural experience” that was previously reserved only for students who spoke fluently enough in another language to take university-level courses abroad.

Anderson hopes that the work global education is doing to get students excited about studying abroad for longer periods of time will help bring more people to the programs.

Hovde said he would also like to see more students studying abroad, because he feels international travel offers one of the best opportunities for personal growth.

“I didn’t have a study abroad experience in college; it wasn’t available back then,” Hovde said. “My study abroad was flying five years in the U.S. Navy (during the Vietnam War).”

Hovde said that the experiences he had at that time in the South Pacific have made for life-long memories and friends. His time abroad also helped in finding his true calling in life, something he has also seen happen with students on study abroad programs he has led.

Hovde described one student in the Scandinavia and the Baltic program in particular who, while the group was driving in a bus through the mountains and fjords of Norway, had a life-changing realization.

“He looked like he was going to cry, so I went over to him, and said, ‘What’s wrong?’ And he said, ‘This semester has made me realize that I have the wrong major, and I am going into the wrong career,’” Hovde said.

The student, then a second-semester senior, ended up coming back as a fifth-year student to complete another degree.

Hovde said it these kinds of experiences that make him encourage students to study abroad.

“Travel has had multiple impacts on me, and I just wish there was some way all students could have that,” Hovde said.

Klitzke agrees, saying that her trip was an experience that broadened her perspective on the world.

“It made me feel connected with people all over the world,” she said.