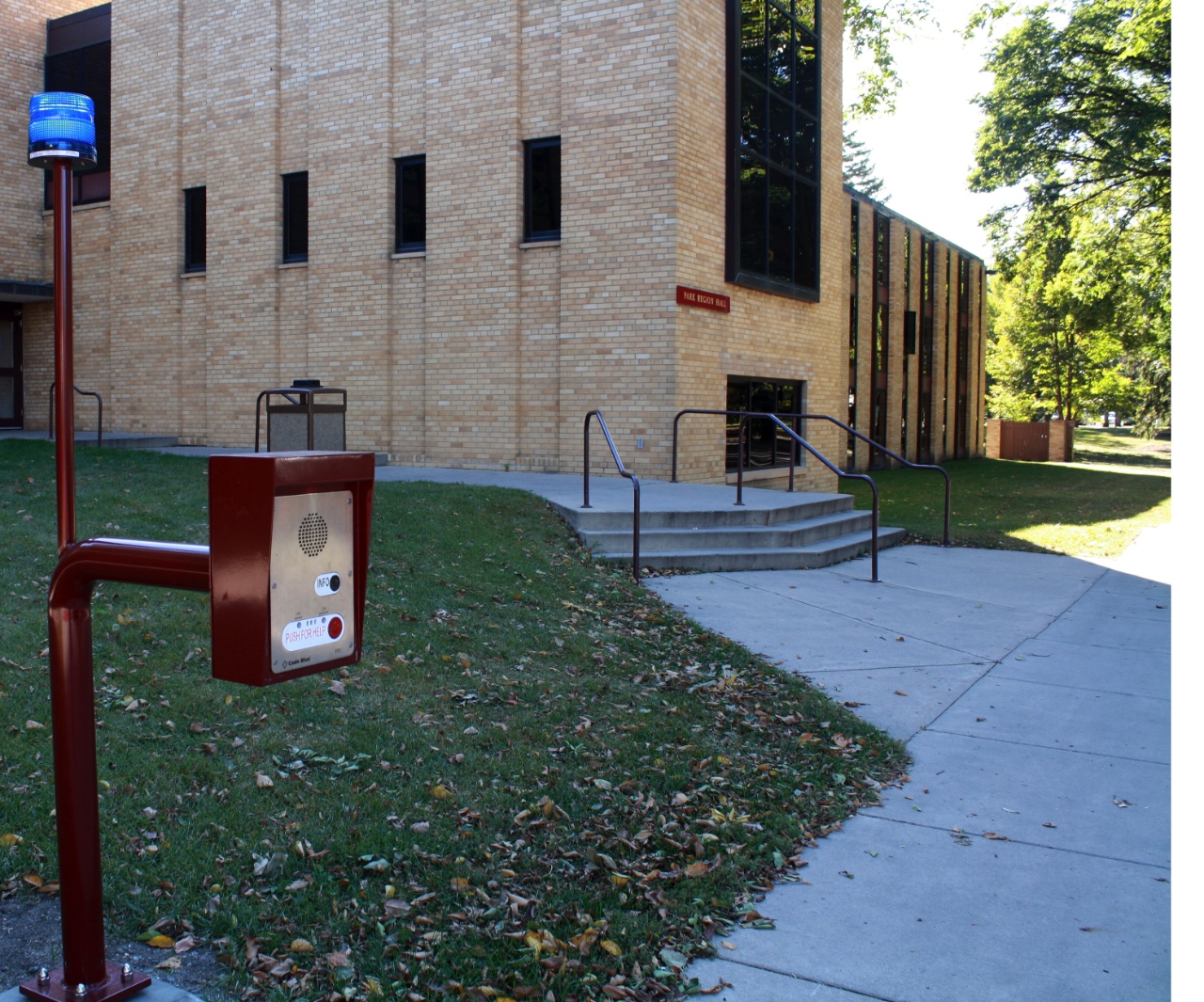 In the summer of 2011, Concordia’s Emergency Response Team opted to have a second Code Blue emergency phone installed on the north side of campus near Park Region Hall.

The first Code Blue emergency phone was installed in 2006 between 12th Avenue and Memorial Auditorium.

Code Blue primarily provides emergency assistance to anyone nearby. Pressing the red button will directly connect the phone to Campus Public Safety.  This can be used if a person feels fearful or has a sense that someone is following him or her.

“Most students carry phones, but all you have to do is press the button and officers will be sent,” said Bill MacDonald, director of public safety.

Blue lights will flash on the emergency phone until officers reach the area.

Last fall, area residents were injured in an accident on 12th Avenue and Eighth Street. A Concordia student pushed the red button on the Code Blue near Memorial Auditorium, and Campus Security arrived at the scene after they notified dispatch.

Students can also activate Code Blue’s second, nonemergency feature by pressing the black button. With this a person receives general assistance directly from Campus Information. Situation examples include finding parking spaces for visitors or finding out the location of a seminar.

Both of the Code Blue emergency phones have been updated as of this past summer. Now they have a digital feature so a person can talk through the microphone and campus information can answer through the mini PA system.

While the nonemergency aspect of Code Blue provides convenience to students and visitors, emergencies remain the top priority.

“We are very concerned with safety at the college,” said Roger Olson, director of Risk Management and member of the emergency response team. “We want to keep the college as safe as possible.

He believes the Code Blue emergency phone serves a two-fold purpose. First, it provides a safety refuge for any person that feels unsafe because that person knows Code Blue is there. Second, Code Blue deters someone thinking about assault because they know it’s nearby.

“We have a beautiful campus, but it’s set right in the middle of a metropolitan area,” Olson said.

“Over the last three to five years, we’ve begun to be much more aware of issues of violence, crime, assault, and other things of that nature,” Olson said.

The simple assault rate in Moorhead is about 1 every day according to the Moorhead Police Department. As for more serious crimes, “the murder rate is lower than other cities,” Sergeant Mike Detloff said.

“From a statistical standpoint this is a safe community,” Olson said. “But it wouldn’t be wise to take that for granted. When you have things that happen on other campuses, you wonder, ‘Gee are we doing everything here we can do?’”

The next tentative location for a Code Blue is the Offutt Business School on the east end of campus. Members of Campus Public Safety hope to put it in next summer since many students attending night classes in the fall need to be kept safe.

“The best scenario is that they’re never activated,” Olson said.