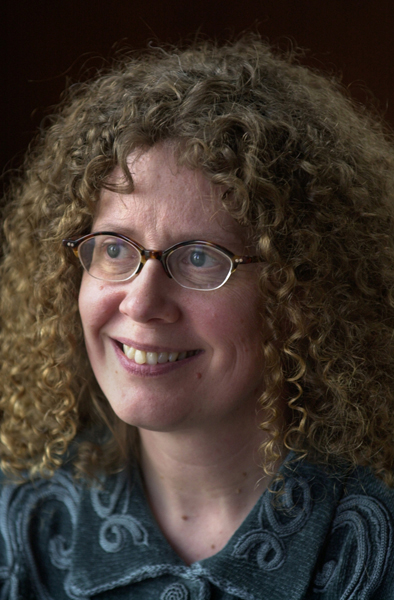 The 2011 Writer’s Festival will begin next Wednesday, Oct. 5 when three award-winning writers from the Twin Cities area visit campus classrooms.

Poet Tim Nolan, author of “The Sound of It,” fiction writer Peter Geye, author of “Safe from the Sea,” and Star Tribune senior book editor Laurie Hertzel will spend three days working with students in the English department.

“The purpose of the festival is for students to interact with writers,” said Bill Snyder, English professor and Writer’s Festival chair.

Snyder, who founded the festival in 1998, aims to invite writers who have won or been nominated for the Minnesota Book Awards. Nolan was a 2011 finalist and Geye’s fiction won this year’s Northeastern Minnesota Book Award. Hertzel has also received national awards for her reporting, and has authored three books including her most recent, “News to Me.”

While on campus, the writers will dine with English students for lunch and dinner, visit classrooms, host a joint reading, teach master classes on Oct. 5 and Oct. 6, and participate in a student-moderated panel discussion on Oct. 7.

Interaction with well-known writers is exactly what students like Bryn Homuth, editor of Concordia’s student literary journal “Afterwork,” look forward to most about the annual event.

“When you pick up anything published,” Homuth said, “there’s a sort of mythical sense about it, and you think, ‘How is there a real person behind this?’ especially if you really respect the work.”

One of Homuth’s most memorable events from the 2010 festival was sitting down to eat with the writers.

“Sitting across from them, sharing a meal— it’s like they seem more like you and me,” he said.

And they really are. They have quirks, writing rituals, goals and families. Sometimes they succeed, and other times they really fail. They share their stories from dining room tables, downtown offices and a car parked in a driveway, and they carry their notebooks everywhere.

NOT ON A SILVER PLATTER

For Homuth, meeting the writers gives him confidence that it might be possible to publish his own work in the future. But the success of these guest writers did not come without challenge.

Early in his career, Nolan struggled to get any of his work published.

“Mostly I was doing work that no one was paying attention to,” he said. “But as I look back, a lot of my stuff wasn’t very good. It was kind of boring, nothing magic about it.”

Nolan, a father of three and husband, said he discovered later in his career that a writer has to let rejection roll off his shoulder.

“What I’ve learned is that you have to have a light touch,” Nolan said. “It’s like a golf swing. I’m not a good golfer but you can’t muscle it, you have to be available and relaxed.”

Geye, who earned his Ph. D. at Western Michigan University, also knows the importance of pushing through the tough times.

“I spent about ten years telling people I was a writer without actually writing anything that was published,” he said.

Hertzel started her career in the newsroom while working for the Duluth News-Tribune and has been reporting since. When she began to write her novel, “News to Me,” she set up a desk away from people in the basement of her home. She couldn’t write. She tried a desk in a quiet room off the main bedroom, but she didn’t end up there either.

“I guess I’ve been in a newsroom so long that I need to be in the thick of things,” Hertzel said. “I wrote most all of the book at the dining room table.”

While that was her most productive space, some of the work was done on her porch with her border collie.

“I read the entire book aloud to him twice, and he never left the room,” she said.

Front porches seem to be a popular writing spot. That’s where Nolan gets the bulk of his poetry written, too, though it is not the only place.

“If I have a notebook, or even just a legal pad, I’ll write on that,” he said. “I don’t do well sitting at a desk with everything nicely laid out. I freeze up.”

Geye joins the ranks of those who don’t need to sit down to work on a piece of writing.

“At the grocery store with my kids or driving to my in-laws’ in Milwaukee or while I’m lying in bed with insomnia at night, I literally carry a notebook with me everywhere,” Geye said.

TAKE IT FROM ME

The visiting writers will bring a few things with them to campus next week: personality, expertise and a lot of experience. From years of practice comes well-meaning advice, and the three writers share a unanimous suggestion to students.

Due to her job as the senior book editor for the Minneapolis-based  newspaper,  the Star Tribune, Hertzel reads daily. She said people absorb what they read, which is why it’s vital to read the good stuff.

Geye has taught students who missed out on the opportunity to read good literature. Too many of the reference points, he said, involved TV, movies, music or video games. Not without unique inspiration, these simply cannot compare to classic books, said Geye, who has read Moby Dick more than ten times.

“Read widely and read voraciously,” Geye said. “I think of anybody I know who’s written a good book, they are so widely and deeply read that they must be as good of readers as they are writers.”