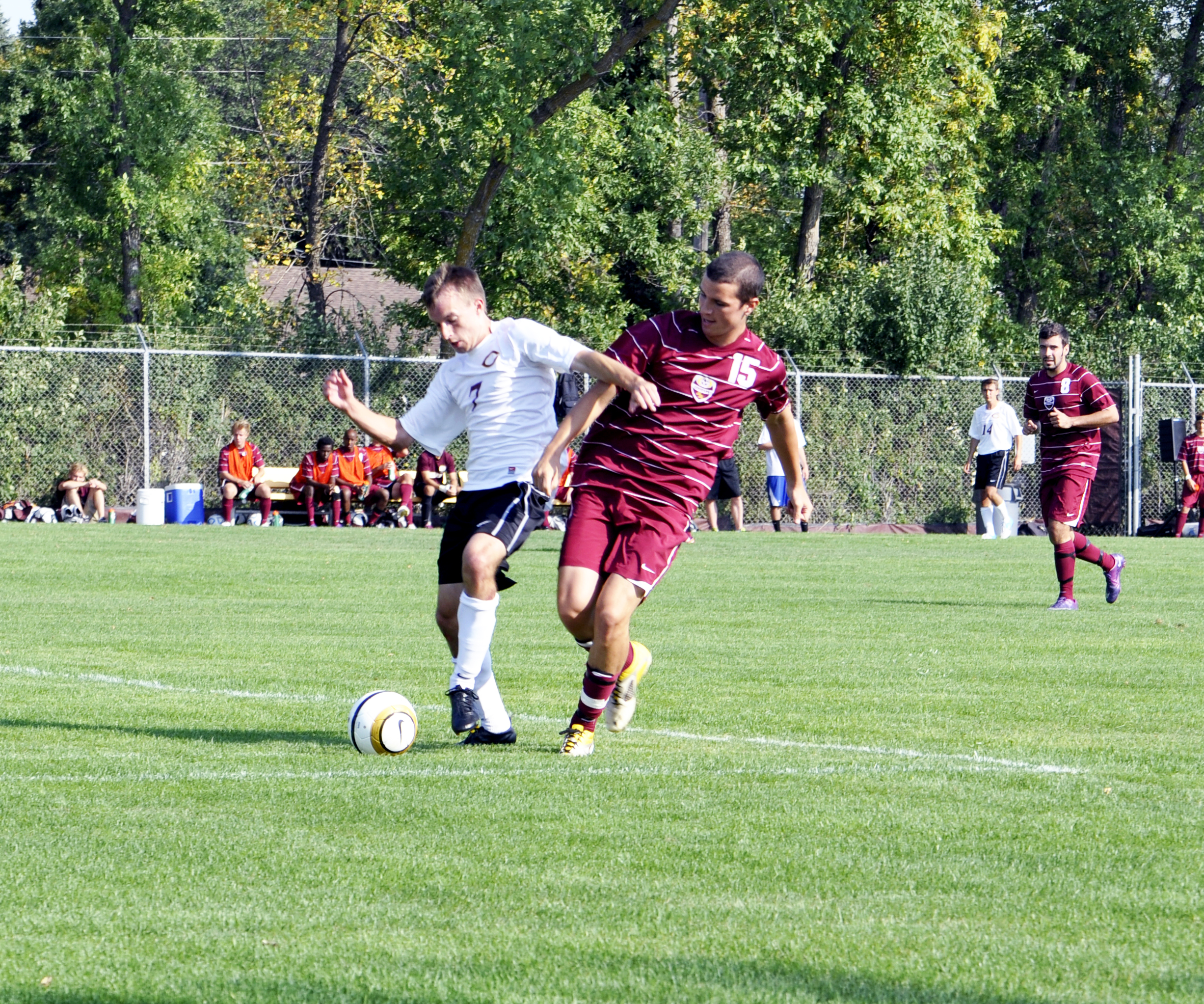 This past summer, Concordia’s athletic department welcomed Benjamin Schneweis as the new head coach of men’s soccer. Schneweis brings ample experience on the field, both as a player and a coach.

“I fell in love with college soccer,” Schneweis said.

Schneweis said he was disappointed with the coaching at Brescia University, but continued to pursue his passion for playing soccer after transferring to the University of North Dakota. Completing various licensing courses and coaching on the side, Schneweis further developed his interest in becoming a coach after college.

After graduating from the University of North Dakota with a degree in creative writing, Schneweis took a coaching job at Bellarmine University in Louisville, Kentucky where he acted as assistant coach for the men’s and women’s soccer teams for four years. Before joining Concordia’s soccer program as head coach, he served as director of soccer operations and assistant coach for the women’s soccer program at North Dakota State University.

Schneweis said his disappointing experience as an athlete at Brescia University planted a desire to coach soccer in a way that would “give kids the experience they deserve.”

With this goal in mind, Schneweis is introducing new ideas and strategies that the team will implement on the playing field this season.

The Concordia men’s soccer team has the advantage of being led by three coaches whose experiences on the field and vision for the team will hopefully cause a winning streak. Schneweis is head coach, and the team is also led by assistant coaches Jim Cella and Joe Larson. The coaches said they will focus heavily on defense this season.

New terminology, new lessons, and a new coach—it seems like a lot is changing for the Concordia men’s soccer team. Nevertheless, the athletes said they are up for the challenge and the overall attitude going into this season is one of excitement. The team is looking forward to making progress and thinks they will “shock” some people, according to captain Jared Rice.

The game against Whitewater “caught us off guard,” said Schneweis. But the loss proved to be a learning experience as the team came together to improve as a whole with the help of Schneweis’ coaching and leadership among the athletes

“[They] took a big step forward as a group,” Schneweis said.

As Rice puts it, the beginning of this season is a “fresh start.”  With new athletes and a passionate new head coach, the Concordia men’s soccer team is sure to bring the heat this season.