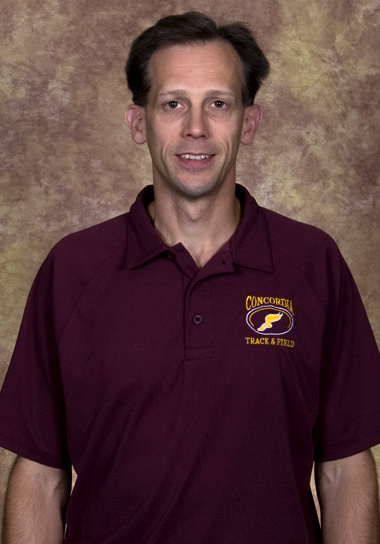 On July 11, men’s cross-country coach Garrick Larson began feeling fatigued during a run. Larson guessed he might have been coming down with Lyme disease for the second time in two years, but the flu-like symptoms he was experiencing stuck with him for an extended period of time.  In just a day, the symptoms became much worse, and Larson was admitted into the hospital.

Larson received treatment in the hospital for a week and was then sent home to continue his recovery.  Over a month later, Larson said he continues to suffer from lingering symptoms of fatigue and headaches.

Erik Slette, a senior on the men’s cross-country team, visited Larson on his fourth day in the hospital.  Although he seemed to be doing better at the time of the visit, Slette said he hadn’t realized how badly Larson had been affected.

“I was surprised by the severity of his symptoms,” Slette said.

Larson sees a doctor every three to four weeks and is focused on getting healthy again.  Although he experienced some memory loss around the time of his diagnosis, certain memories have been coming back to him and his short-term memory is in good condition.  Unfortunately, the virus caused a ringing in Larson’s ears which doctors believe may be permanent.

During one of his follow-up appointments, Larson said his doctor admitted how close Larson was to death while he was in the hospital.

“It’s really shaken me emotionally,” Larson said. “My health is more fragile than I thought.”

Larson is currently working minimal hours, about three hours a day.  He said he wants to “take it slow,” which, he admits, is “not something [he’s] good at.”

An experience such as this one would cause anyone to re-evaluate his or her life and priorities.  Larson said he now wants to focus more on spending time with his family and less on work.

The men’s cross-country team is currently led by acting head coach Nathan Lodermeier.  Although Lodermeier is usually assistant coach for the men’s and women’s teams, it was decided over the summer that he would take over a large portion of the coaching responsibilities while Larson recovered.  Marv Roeske, head coach of the women’s cross-country team, has also stepped in to help with administrative work.  As interim head coach, Lodermeier manages practices and meets and most of the day to day work.  Lodermeier ran cross-country during his four years as a student at Concordia and hopes to continue Larson’s vision for the team and the group’s dynamic.

Erik Slette said that the team feels hopeful about this season.  He said the runners feel they can make improvements both as a team and individually.

“We’re off to a good start,” Slette said.