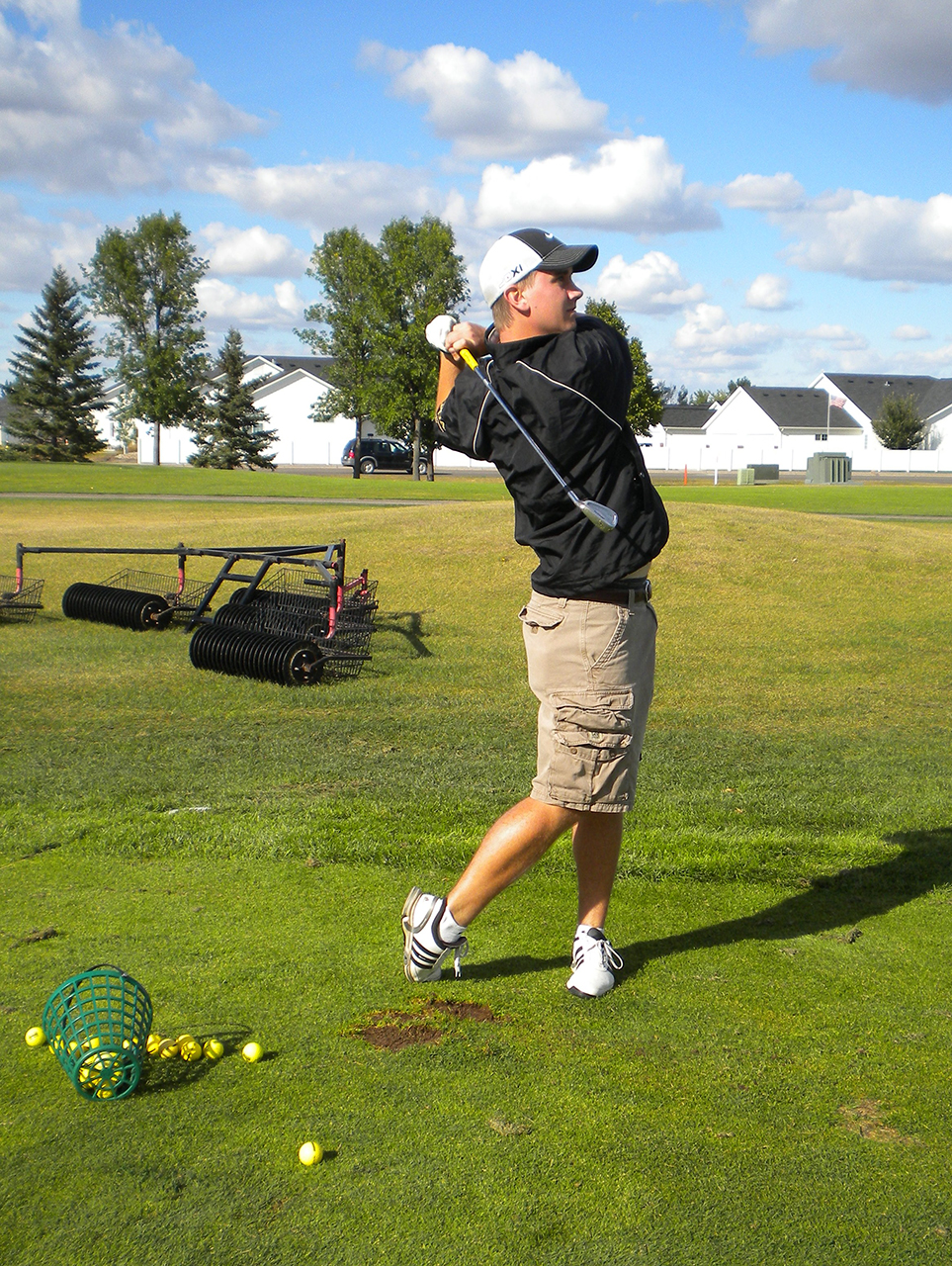 Hype. Team. Mental and physical toughness. What’s the first sport that comes to mind when hearing these words? Football? Basketball? For the men’s head golf coach, Duane Siverson and a couple of his golfers, senior Jordie Siverson and sophomore Coy Papachek, these words were part of normal conversation.

“It’s certainly not as glamorous as it seems,” coach Siverson said. “We play in the rain, cold, wind, and sometimes a little bit of snow. It’s very time consuming. We leave for meets on Friday afternoons and don’t return until Sunday nights.”

The players agreed that golf is not as glamorous a sport as it seems. Team member Coy Papachek said that competitive golf is no causual game. Rather, it’s continuously part of one’s life.

“By the time the season is closing, you want to be done.” Papachek said.

“Last year was the first year I’ve been to homecoming since I’ve been at Concordia because of golf meets,” Siverson said.

For some, missing multiple homecomings would be bothersome, but for these guys it is just part of the game they love.“ We as golfers aren’t sad that we don’t get the ‘hype’ that other teams get.”

“It’s not because we’re done early in the school year that people don’t come out and watch, they just don’t necessarily want to watch one person for four hours, but we like it that way,” Papachek said.

Coach Siverson had similar thoughts. With an office heavily decorated in trophies and golf memorabilia, it is evident that Coach Siverson knows what he’s talking about.

“The last three years our boys have been ranked among the top 25 in the country for the NCAA, I don’t think many people know that,” Siverson said. “Last year we were ranked 19th.”

The boys have similar aspirations for this season.

“You can make nationals as a team or individually,” Siverson said. “They take place mid-May if we make it.”

“If? You mean when,” Papachek added.