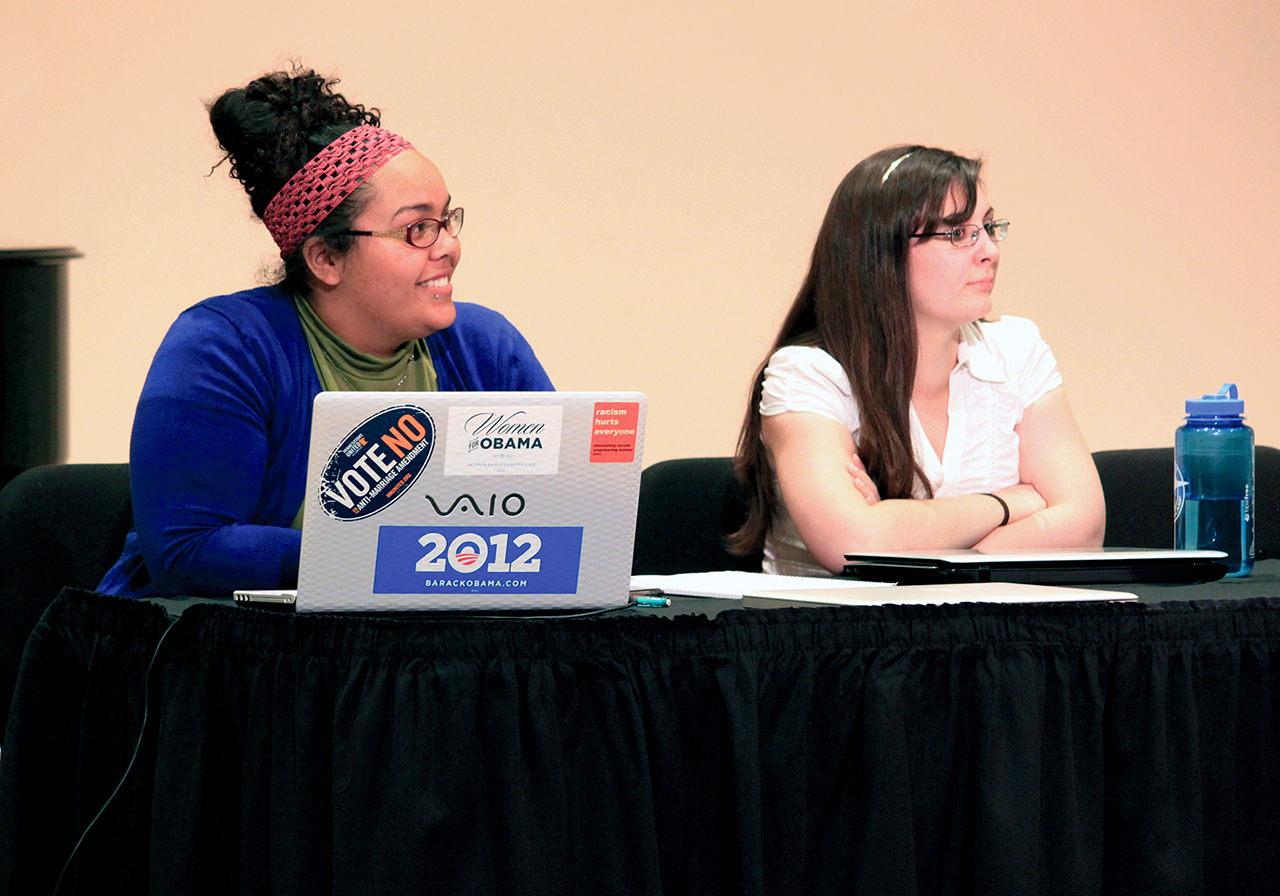 The Faith, Reason and World Affairs Symposium “Beyond Genocide: Learning to Help and Hope” set a record for student involvement this year, with 11 out of the 15 selected concurrent sessions involving students.

Last spring, students, professors and others submitted proposals to present a concurrent session at this year’s symposium.

Dr. Amy Watkin from the English department served as the planning committee chair.

“We were excited when we were looking at the proposals because not only were they covering a variety of subjects,” Watkin said, but also that “the students came from a lot of different disciplines.”

According to Watkin, students can often learn better from other students. It also allows students to see themselves as leaders and presents a challenge to prepare and present on a serious topic. In having more student-led concurrent sessions, the hope was that these sessions would be better attended by friends and other students who were intrigued to see a student speak at the symposium.

Watkin said that speaking at a concurrent session is a nice resume builder and professionals from the community may see students and recognize their hard work.

“The guest speakers for symposium this year were so excited and impressed with Concordia and the Concordia students who showed up and stayed, showed leadership, and their ability to organize and present something they really care about,” Watkin said.

The reason Watkin first presented this idea about genocide as a symposium was because of the reactions she received from her students when teaching on the subject of genocide. One student who was in her class and later presented at a concurrent session was sophomore Emily Feld.

“I wrote a paper in Dr. Watkin’s class that ended up being my presentation at a concurrent session,” Feld said. “It was a subject I really cared about and when I find something I really love, I want to share it with people.”

Her partner for their concurrent session, “Composing and Coping: An Exploration of Music’s Role in Genocide,” was Daniel Anderson.

“I got an email about two weeks before proposals were due from Emily and read her paper and decided to write the session proposal with her,” Anderson said.

Session proposals include explaining how the session would tie in to the symposium and describing what would happen during the session. Proposals also include what the speakers want the audience to get out of it.

Interfaith leaders from Concordia’s new group Better Together were very excited by the idea of presenting at symposium.

Co-President Kristi Del Vecchio explained, “We had spent some time discussing how the misunderstanding of other peoples’ faiths can lead to acts of violence and knew this was a relevant issue to the symposium.”

Their goal was to get the audience involved in discussion and make the subject of genocide and interfaith dialogue approachable. Fellow member Evan Marsolek added,  “We wanted to engage the audience because whatever you can do to actively involve them is valuable.”

The 2013 sympoisum topic is “Happiness: Living the Good Life.” Students interested in submitting a session proposal can look for the call for concurrent sessions, which will be announced in January.