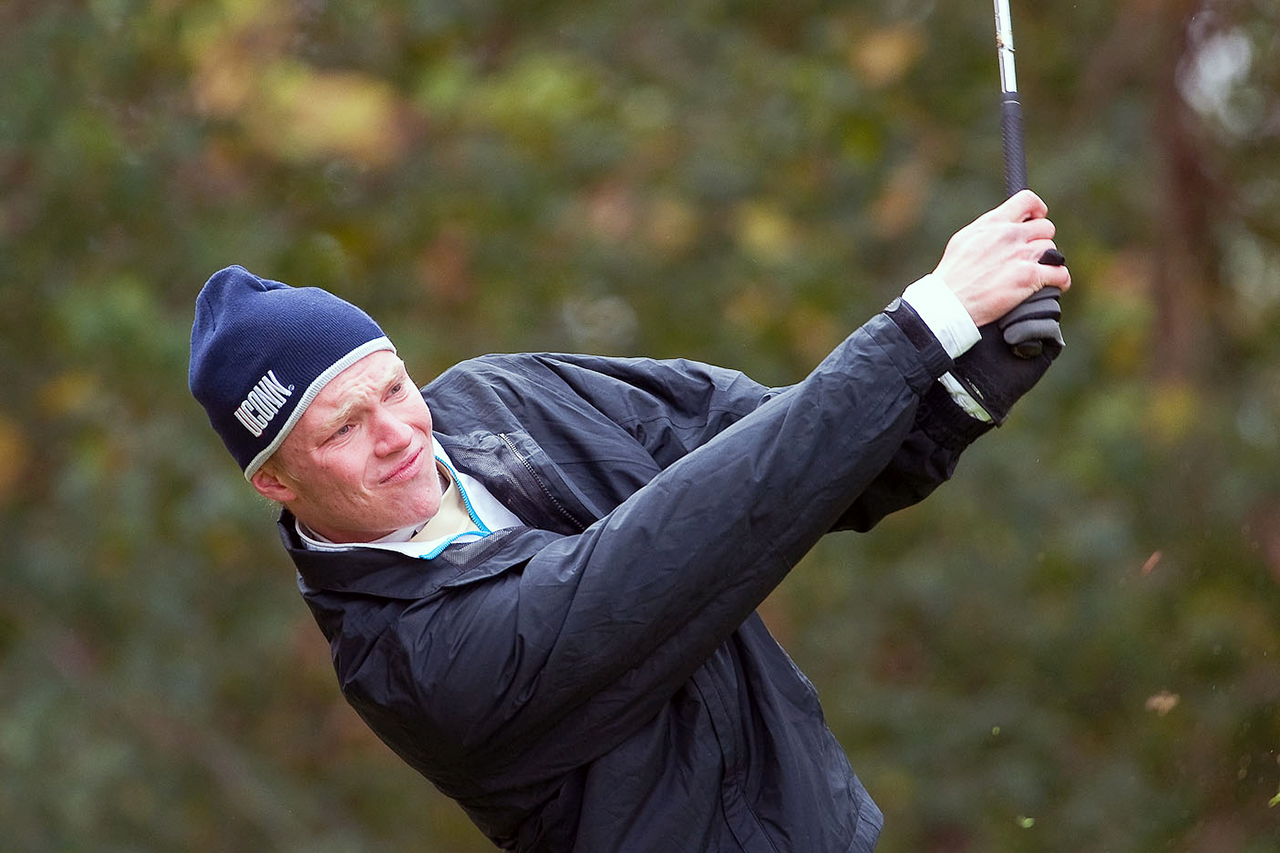 The Cobbers placed fifth out of the 10 teams that competed in the tournament with a final score of a 77-over-par-941.

Prior to the tournament, head coach Duane Siverson focused the team’s attention on mentally preparing for bad weather conditions and the unfamiliar golf course. The team has a “tremendous amount of potential,” he said.  “[I wanted to] get them in a place where they [could] just go out and play the game.”

The team’s performance during the MIAC tournament, however, reflected the way they have played this season.

The team noted several factors that have caused them to stumble this fall.  Along with “less than favorable weather conditions,” the line-up has changed weekly, the team is younger this season and they have been playing on unfamiliar courses, Siverson said.

While practicing in blustery Fargo-Moorhead should have been a benefit, the weather last weekend did not prove to be an advantage for the Cobbers.

“We were really ready for the bad weather,” Siverson said.  “I thought the conditions were ideal for us to surprise people.”

The Cobbers didn’t perform to the best of their ability consistently throughout the tournament, despite mentally preparing for the weather and adjusting to the golf course, senior Andrew Whitchurch said.

Individually, some men on the golf team did play well throughout the tournament.  Landon Poss tied for eighth place out of the entire conference and had a score of 73 on Monday, which was the best score for Concordia.

“[Poss] surprised us,” Siverson said.  “He was very consistent.”

Poss’ contributions were not enough to influence the overall performance of the team, even though his individual results were impressive.  Siverson said that the team, as a whole, didn’t show any improvement over the course of the weekend.

“The kids that we needed to play well didn’t,” Siverson said.  “We played the same every single day.”

Coach Siverson and the golf team are looking ahead to the spring and thinking about what changes will be made in order to ensure a more successful season.

Siverson explained that each player has individual obstacles they need to overcome, but overall, the team will focus on becoming more consistent.

“We’ll kind of tweak everybody a little bit,” he said.

While other teams might focus on physical training during the offseason, Siverson said the men’s golf team will be mentally preparing themselves for the spring and addressing those obstacles that have hurt them this fall.