How the squirrels stole Christmas 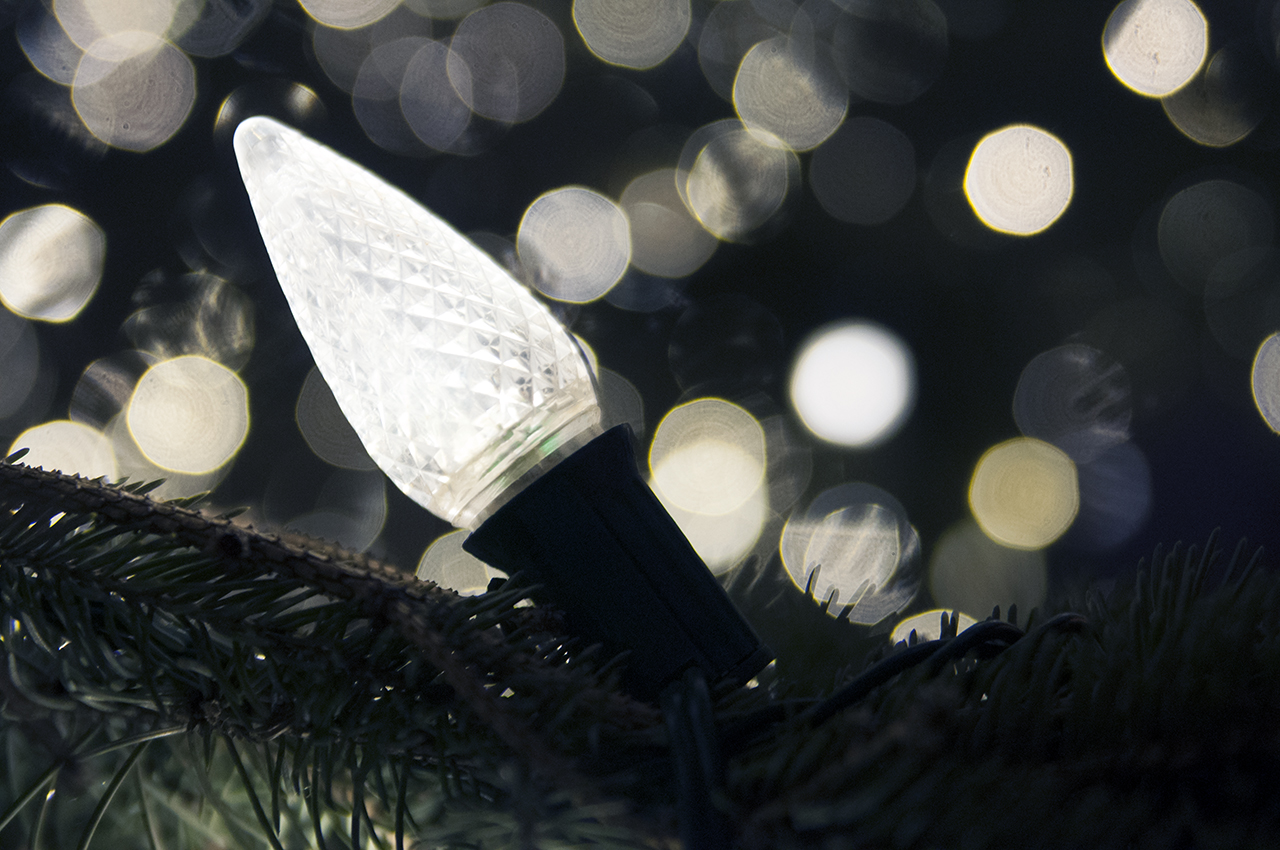 Although it is not quite December and the extra pounds from Thanksgiving dinner are not yet lost, people are already thinking about Christmas.  Christmas on campus entails a lot of things, from the Christmas concert to the beautiful lights on campus. This year, however, the campus is not as brightly lit as it has been in previous years thanks to these furry little creatures.

“In the past, we have done twelve trees and that takes two-hundred man hours,” Rasmussen said.

A lot goes into fixing the lights on the spruce trees across campus and, in order for the campus to look as beautiful as it does each season, a lot is taken into consideration.

“The lights are prepped early, taking advantage of the warm weather,” Flack said. “Then, on Thanksgiving night, Paul [Rasmussen] plugs it in to test the lights.”

It is during the testing of the lights that the damage that the squirrels have done is noticeable. In some cases, some of the lights do not even turn on.

“The squirrels have been really problematic,” Flack said. “When the lights are set up, the squirrels come up and chew the wiring.”

Rasmussen agreed, adding, “They chew the lights right off the cords.”

According to both Flack and Rasmussen, the squirrels have always been a problem. However, Rasmussen believes that recent years have been worse due to milder winters.

The squirrels are a nuisance to the lights and are also very hard to deter. A lot of research has gone into finding ways of controlling the problem but a solution has yet to arise.

“We have tried squirrel repellants and moth balls,” Rasmussen said. “We have talked to vendors as well and they basically told us, ‘Good luck.’”

Flack added, “We are not trying to harm them or anything like that. We are just trying to deter them.”

At the moment, the best solution that Flack and Rasmussen have come up with is to move the lights away from the squirrels instead of vice versa.

“We are trying to stay away from areas where squirrels are congregated,” Flack said.

This year, therefore, the trees in those areas are being avoided. Thus, fewer trees are being lit than in previous years.

“We are going from thirteen trees to seven this year,” Flack explained.

Evidence of the squirrels’ handiwork can still be seen today under the elm tree by the main entrance of Fjelstad Hall. There, they have gathered up bits and pieces of last year’s lights buried amongst their collected pinecones.