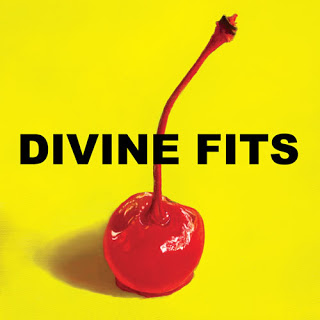 Indie veteran groups Spoon and Wolf Parade have been around for decades. Both have released albums to critical acclaim, both have headlined national (and even international) tours and both have reached the beloved land of Indie Stardom. Now, frontman of Spoon, Britt Daniel, and Co-leader of Wolf Parade, Dan Boeckner, join drummer Sam Brown in the forming of supergroup Divine Fits. 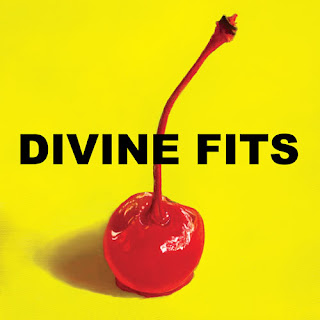 “This is the kind of band I’ve always wanted to be in,” Daniel told Pitchfork Media this past August, just weeks before their debut album, A Thing Called Divine Fits, was released.

But leaving successful projects to start something from scratch is a bold risk requiring a lot of work. Just ask Justin Vernon (Bon Iver) who joined the massive Midwest avant-garde collective, Gayngs. Or Jack White, you know, the guy who is famous for popping up EVERYWHERE in today’s music industry, the guy who is just as famous for his side-projects with the Raconteurs and the Dead Weather as he is for his original claim to fame, the White Stripes. Both of these artists have put the “super” in supergroup.

The super in this group, however, is found not in a charming, blissful falsetto or intensely vicious guitar solo but in the creative aspects brought by each member.

A Thing Called Divine Fits sees bits of Spoon and bits of Wolf Parade mashed together, sprinkled with synths and experimental guitar throughout, along with a somber cover of classic goth rock god Nick Cave as the cherry to top it off.

Daniel and Boeckner, both accomplished songwriters, split the bill this time around, taking turns on lead vocals throughout the entire album. Daniel takes the lead on the group’s first single, “Would That Not Be Nice,” a jagged twist on the Beach Boys’ age old question. Boeckner’s songwriting shines on “Baby Get Worse” where his delivery gushes with bluesy swagger: “My heart is beating in and out of time / She can really get me going / So grab your coat, put out the light / We hit the city but the city it don’t mind.”

The album takes a turn for the serious side once the drums on “For Your Heart” give your attention a quick thump in the face and whip it into shape with jittery synths that scale from octave to octave. But the serious tone is truly felt from Boeckner’s howls: “You better tell me why / You better tell me why you keep me searching in the dark for your heart.” This somber tone then continues into the group’s cover of Nick Cave and The Boys Next Door’s ‘70s goth anthem, “Shivers.” Divine Fits’ take on this ballad is much more rock-driven, with screaming guitars to match anguished cries from Daniel. And Daniel’s performance as Nick Cave on lead vocals is a match made in Indie Supergroup Heaven. “I’ve been contemplating suicide / But it really doesn’t suit my style,” he begins in his woozy drawl. “So I guess I’ll just act bored instead / And contain the blood I would have shed.”

The faces Divine Fits wear throughout their collective debut range from the upbeat rockabilly sound of “What Gets You Alone” to the raw, acoustic “Civilian Stripes” to the atmospheric, echoing album closer, “Neopolitans.”

“I wear a poker face so well,” Daniel continues on “Shivers.” Just one of the many faces so successfully worn by Divine Fits on its debut album.