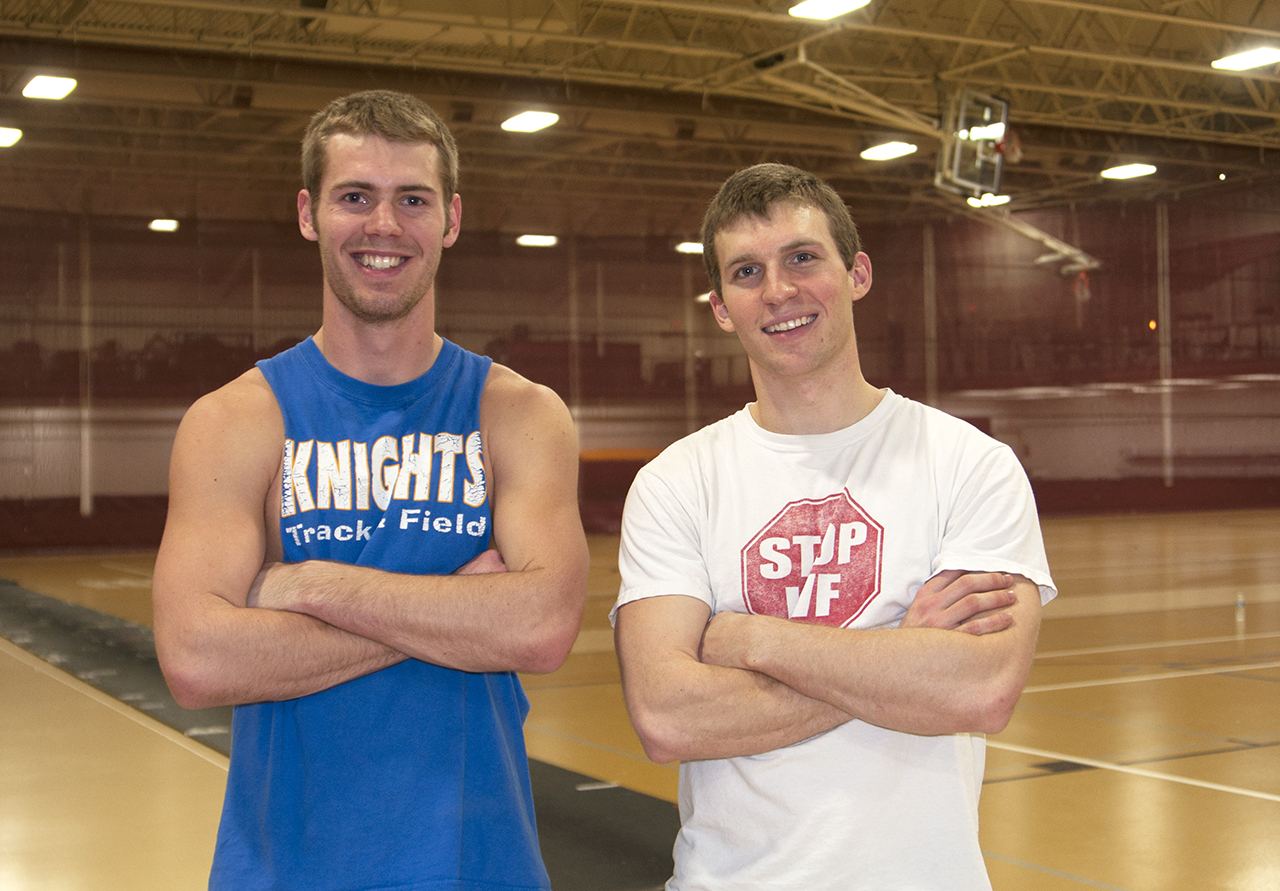 Olson broke the existing record of 14-11, held by David “Buzz” Dahl in 1983. He cleared the 15-foot mark two weeks ago at the Cobber Open. Olson broke the record again with 15-00.25 at Saturday’s meet at NDSU. Also at the meet, junior Levi Bachmeier attempted to duplicate the record in three attempts but ended the meet with a height of 14-06.25.

Track head coach Garrick Larson says that there is more behind Olson’s record than meets the eye.

“For someone who is just looking at the results, they wouldn’t know that Erik had actually tried a larger pole at the NDSU meet,” Larson said. “And what sets Erik apart from other vaulters is a combination of athleticism, talent and dedication.”

Larson said that school records are broken every day, but for a record to stand so long was unusual. Finally having it broken by a hardworking and deserving pole-vaulter like Olson was very special.  Chris Baxter, the pole-vaulting event coach, agreed with Larson about Olson’s daring behavior.

“Erik has absolutely no fear,” Baxter said, “If I tell him to go on a bigger pole, he says no problem. He is a gamer and on game day, he steps up, puts his game face on and goes and gets it.”

Olson said that he doesn’t necessarily think about the intricate details of the vault in meets and instead focuses on the feeling of the vault as a whole.

“I am a very in-the-moment person,” Olson said. “I get really pumped up at meets. Even if I have really crappy practice days, at the meet everything usually falls into place, because I just push myself higher and harder and just go for it.”

Both Larson and Baxter emphasized the significance of finally breaking such a long-standing record and what this means for the team.

Dahl’s 1983 record of 14’11’’ got him to the NCAA Division III track meet where he placed 15th nationally in the pole vault.

Jeff Block and Pete Seljevold, Concordia alumni and teammates of Dahl’s when he broke the record so many years ago, said that Dahl was a one-of-a-kind pole vaulter, much like Olson.

“Buzz had this daredevil personality,” Block said. “He was a good athlete and he worked really hard at pole vaulting.”

“Buzz had your typical 80s hair cut, an earring, and he looked like a hard rocker kind of guy,” Seljevold said. “He always wore a head band, wrist bands, and he looked more like the lead singer of the Ramones than a pole vaulter, but he was very dedicated to his sport and he really focused on pushing his vaulting.”

Block said he thought successful pole-vaulting took a certain personality–someone who is able to push the laws of gravity and do what others find crazy.

Pole vaulter Levi Bachmeier said that this new track season has started off with a different, more intense structure for the pole vaulters. They now practice every day and vault three times a week.  This year the track team also gained a new strength training coordinator, Dan Senn.

“This is the first strength coach that I can honestly say actually cares about track and field, not just the popular team sports,” Bachmeier said. “He has put together individualized workout for each event group and it is awesome to have work outs that tailored specifically for pole-vaulting.”

Pole vaulting coach Baxter said this athleticism has definitely helped strengthen the team as a whole and adds to their success.

“They all help and push each other, being such good athletes,” Baxter said. “Especially the vaulters, I can see they really stick together and bring everyone up. No one is left behind.”

Coach Larson said that both Olson and Bachmeier really lead the team by example with their work ethic and their constant feedback to the other vaulters.

“I think our success as a team is really due to the change in culture where people really started pushing not only themselves but each other to become as competitive as possible,” Bachmeier said. “We are obviously seeing that as a team because we have five guys right now who have a legitimate shot at qualifying for the conference championship.”