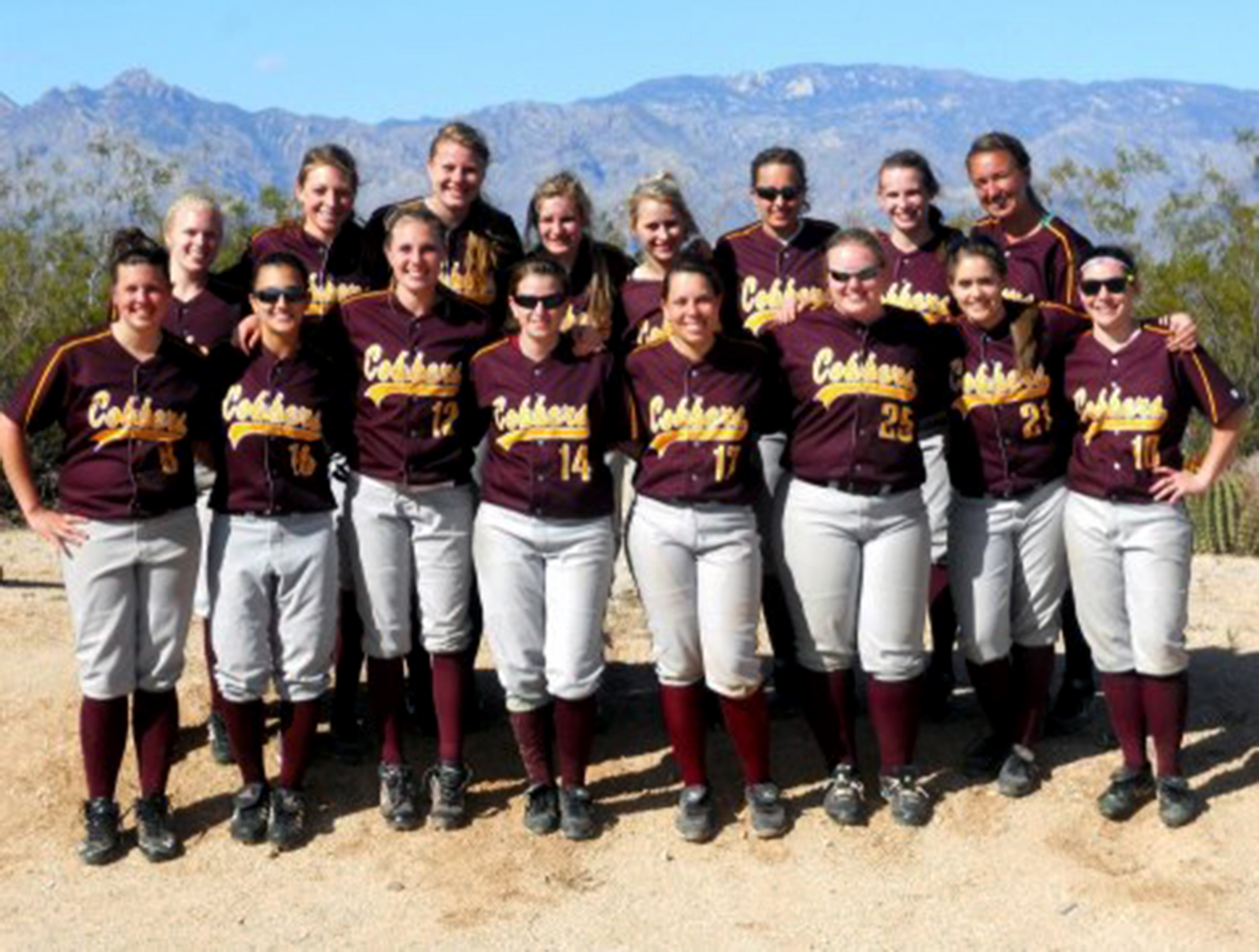 After a stressful mid-semester exam week, members of the golf, tennis and softball team started their pre-season practice. This year, both softball and golf headed to Arizona, and tennis headed to Florida.

All three teams arrived down South for some relaxation time, team bonding and pre-season practicing. Sophomore Dana Meslow said the golf team spent most of their time at Sedona Golf Resort.

While the golf team was practicing, the softball team was also playing some pre-season games.

“We practiced on Thursday and had two games each day Friday-Monday,” Senior Rebecca Conant said.

Down in Florida, women’s tennis was busy too.

“We had Sunday and Wednesday off, but the other days we had morning matches,’’ Senior Olivia DeLeon said.

Before heading down South, each of the teams came up with a plan of attack for the week. For the golf team it was to have fun.

“We had no set goal, other than to have a good time and do our best,” Meslow said.

The softball team wanted to have a good time; however, they also wanted to make a statement about this season’s Concordia team.

“We had the goal of coming out error free and playing a clean game,” Conant said. “We also wanted to define how Cobber softball was going to be this year.”

This year was a different story for women’s tennis. The team doesn’t have an official coach, but with the help of Concordia graduate and former tennis team member Andrea Rognlien, the team has been able to start the season off. Even with some losses, DeLeon thinks the girls kept a positive attitude throughout the week.

“We’ve been trying to play though and just have fun,” DeLeon said.

Throughout the week, all three teams had to deal with things that they weren’t used to. Despite some trouble, the teams were able to come out of the week with new outlooks.

Meslow felt the golf team was challenged a bit because of the new terrain.

“The course wasn’t your typical course,” Meslow said. “It showed me what I can do and gave me a new mentality.”

Conant felt that the softball team didn’t end the week as they had hoped to.

“We didn’t play as well as we wanted,” Conant said. “However, these pre-season games allow us to (get prepared) for MIAC teams.”

Since the tennis team doesn’t have an official coach as well as fewer players than in previous years, several girls had to step into positions they weren’t accustomed to. Even so, interim head coach Rognlien felt the women did a good job.

“Several girls had to play in positions they aren’t use to,” Rognlien said. “The girls had to toughen up and play on their own.”

Even with the setbacks the teams had, they were able to accomplish their goals and rise to new heights.

“I (learned that I) can challenge myself,” Meslow said. “I had a new driver and hit 20 times better with it.”

In spite of the tough week that the softball team had, Conant felt that it had been a great way to get the team together.

“The trip was a good opportunity to get to know my teammates on a different level, other than softball,” Conant said.

Andrea Rognlien wasn’t able to go with the women on the trip, but this wasn’t a big issue for them. DeLeon felt the women performed well despite the smallness of the team.

“We got better at (playing) harder courts which make the speed of the ball (change),” Deleon said. “Playing in the heat was hard but helped us prepare for when we play outside.”

Even though the main goal of the trips these teams took was to practice, they also made sure to have some fun too. Tennis and softball were given free days, and although golf didn’t have a set day off, they made sure to take some time after practice to relax at the home they were staying in.

“We would go in the hot tub or watch TV at night,” Meslow said.

The softball team had Thursday afternoon off, so the team decided to take a small road trip.

“We went to the Desert Museum,” Conant said. “After practice each day we had the rest of the day to relax, so we would tan by the pool.”

The tennis team had Sunday and Wednesday off, so they made sure to take advantage of their free time.

“On Sunday we just hung out by the pool,” Deleon said. “Wednesday, we went to Disney World, which was a lot of fun.”

When the week came to a close, all three teams were proud of the work they had accomplished. Each match or game the women played allowed them learn about themselves, their teammates and their competition. One of the things that all three teams enjoyed was what the amazing weather allowed them to do.

“Playing outside was great,” Conant said.