Interfaith scholars to present in D.C.

By: Austin Gerth
In: Events, People, Variety
Tagged: Better Together, Forum on Faith and Life, Interfaith, interfaith scholar
With: 0 Comments 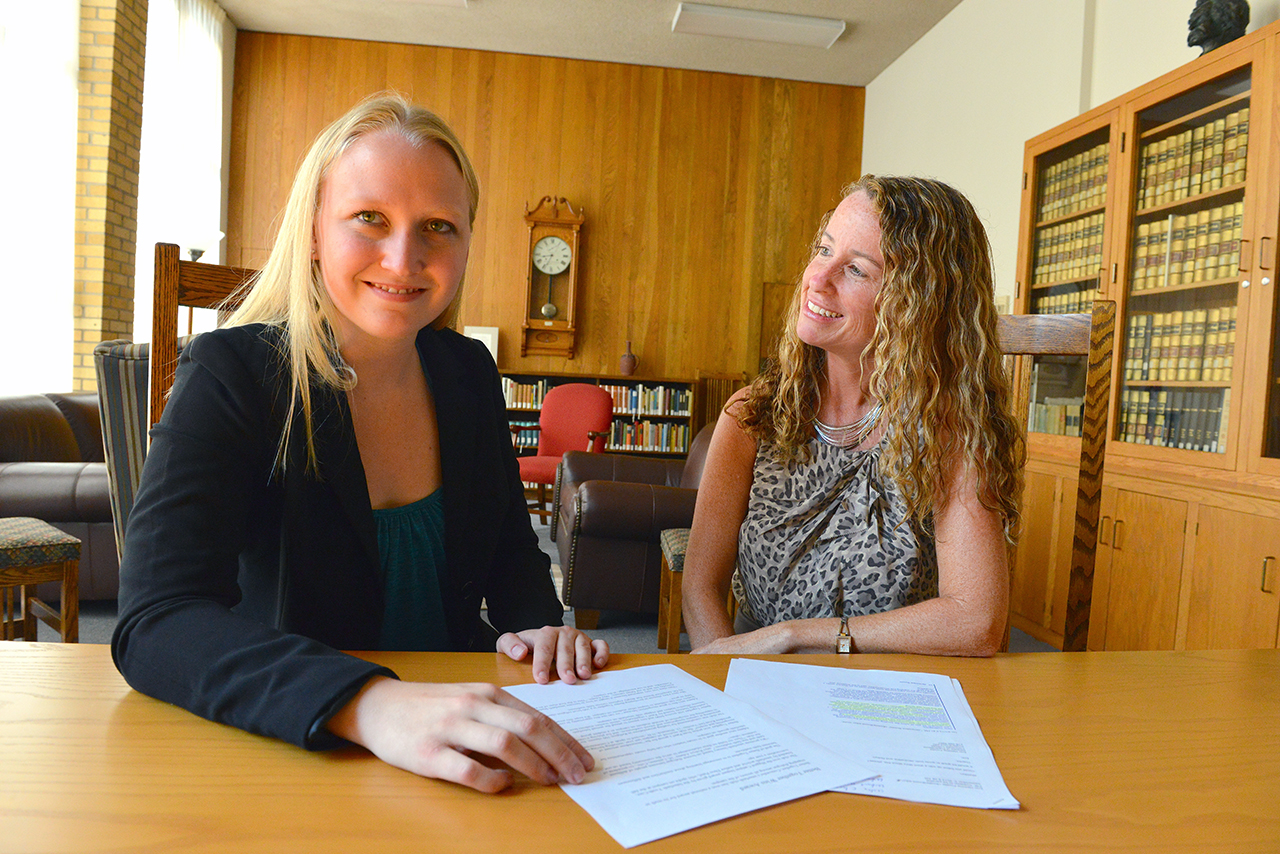 For the second year in a row, Jacqueline Bussie, religion professor and director of Concordia’s Forum on Faith and Life, has been invited to speak in Washington, D.C., and she has once again given her students the privilege to take her place.

The President’s Interfaith and Community Service Campus Challenge is an initiative in which colleges commit to provide opportunities for interfaith-based service projects on and around their campuses.

The Challenge’s national gathering, which is held annually by the U.S. Department of Education, commemorates interfaith work being done on college campuses around the country. This year, nine of the roughly 400 colleges participating were invited to present, including Concordia.

While there, Adams will give a presentation, written in tandem with Nelson and Young, on how interfaith has been integrated into the curriculum here at Concordia. The material covered will include the Forum on Faith and Life, the Interfaith Scholars program, the president’s interfaith advisory council and Bussie’s fledgling Faith in Dialogue class, which brings faith cooperation into the classroom.

Concordia has participated each year since the Challenge began three years ago. Bussie chose to give her students the opportunity to speak because, in her eyes, it is their work to take credit for.

“(Additionally,) we found that last year’s audience so much more appreciated having (students speaking),” Bussie said.

Bussie emphasized that the interfaith movement is meant to be a force of “reconciliation and hope.” Adams expressed this attitude as well.

“I believe that to truly understand people, you have to understand religion, because religion is something people hold very close to their hearts,” Adams said.

A large part of Concordia’s innovative attitude toward interfaith is reflected in the interfaith scholarship program, which Bussie devised to reward and further encourage students who were already engaged in such service work in the Concordia and Fargo-Moorhead communities.

“(I asked myself) ‘what if we designed a scholarship for students who are already doing this work?’” Bussie said.

The application process for becoming an interfaith scholar is similar to that of most other scholarships, including an essay; however, applicants are also required to be involved in interfaith work on campus.

The work required of interfaith scholars, once chosen, includes organizing the various service activities undertaken by Better Together–which includes the Habitat for Humanity playhouse building project this past weekend–organizing community outreach, working closely with the Forum on Faith and Life and other odd jobs, like personally picking Eboo Patel up from the airport last year for his on-campus speaking engagement first semester.

Though she will go as a representative of Concordia, Adams did not appear to be particularly nervous about her role on the trip.

“I’m kind of psyched just to talk to people,” she said.