‘A league of their own’ 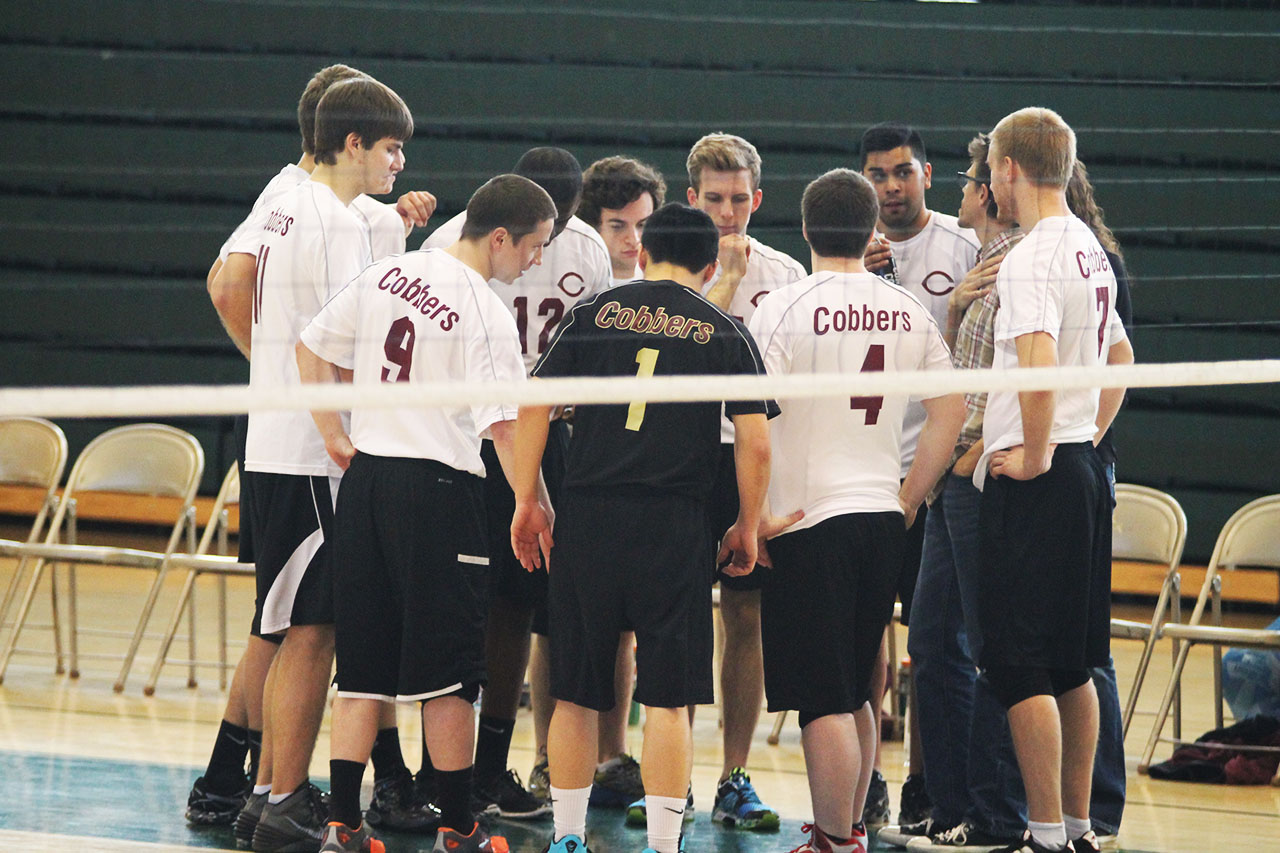 Concordia offers several opportunities for students to take a little time to themselves. One of the ways Concordia has done this is by offering students the opportunity to play in a volleyball club against other colleges.

Prior to attending Concordia, senior Jordan Goos enjoyed playing volleyball with some of his friends. Since Goos knew he wanted to stay active during college, he decided to look into playing for the club.

“I knew that I wanted to stay active, but didn’t have the time for a varsity sport,” Goos said. “The club enables me to play against other schools but not the full time commitment of a varsity sport.”

Since Concordia has an all-girl volleyball team, the volleyball club is a way for men to play volleyball.

Even though the volleyball club team is not a main sport at Concordia, the team is coached by Dr. Cheech and a sophmore volleyball player, Heather Beaner.

Throughout the school year, the men compete against colleges in the area. According to Goos, when the team is playing against a team nearby, they typically spend the night at Concordia, but when they have to travel far for competitions, they spend the nights at hotels.

Goos feels that when the team is able to spend the evening in a hotel, the time they are away from campus allows them some quality team bonding time.

Although several individuals sign up to play on the team at the beginning of the year, they tend to skip practice.

“(Everyone has) different motivations for coming to practice,” Goos said. “Some guys will not come if they’re not in the starting six.”

Since the team is low in numbers, during competitions the men must play in a variety of positions. According to Goos, during their game at Saint Olaf the men had to do this because they were low in numbers.

“We had people playing the front and back row that normally don’t play,” Goos said. “Since we only had six players, we all had to play the whole time.”

Even though the team had to make some changes to their typical set up, they placed third out of nine teams.

Sophomore Antonio Burks feels that despite low numbers, when the team does well, it enables them to keep their spirits high.

“It’s nice when you can place in the top five overall,” Bursks said.

Despite being a club, the outcome for competitions is very positive. According to Burks, when the team has a game several of the men’s families come out and watch them compete along with some fellow Convers.

Although the school year is almost over, Burks encourages students to come out and take part in the team this year to see if it is something they would want to pursue.

“Even if you are remotely interested, come out and join,” Burks said.