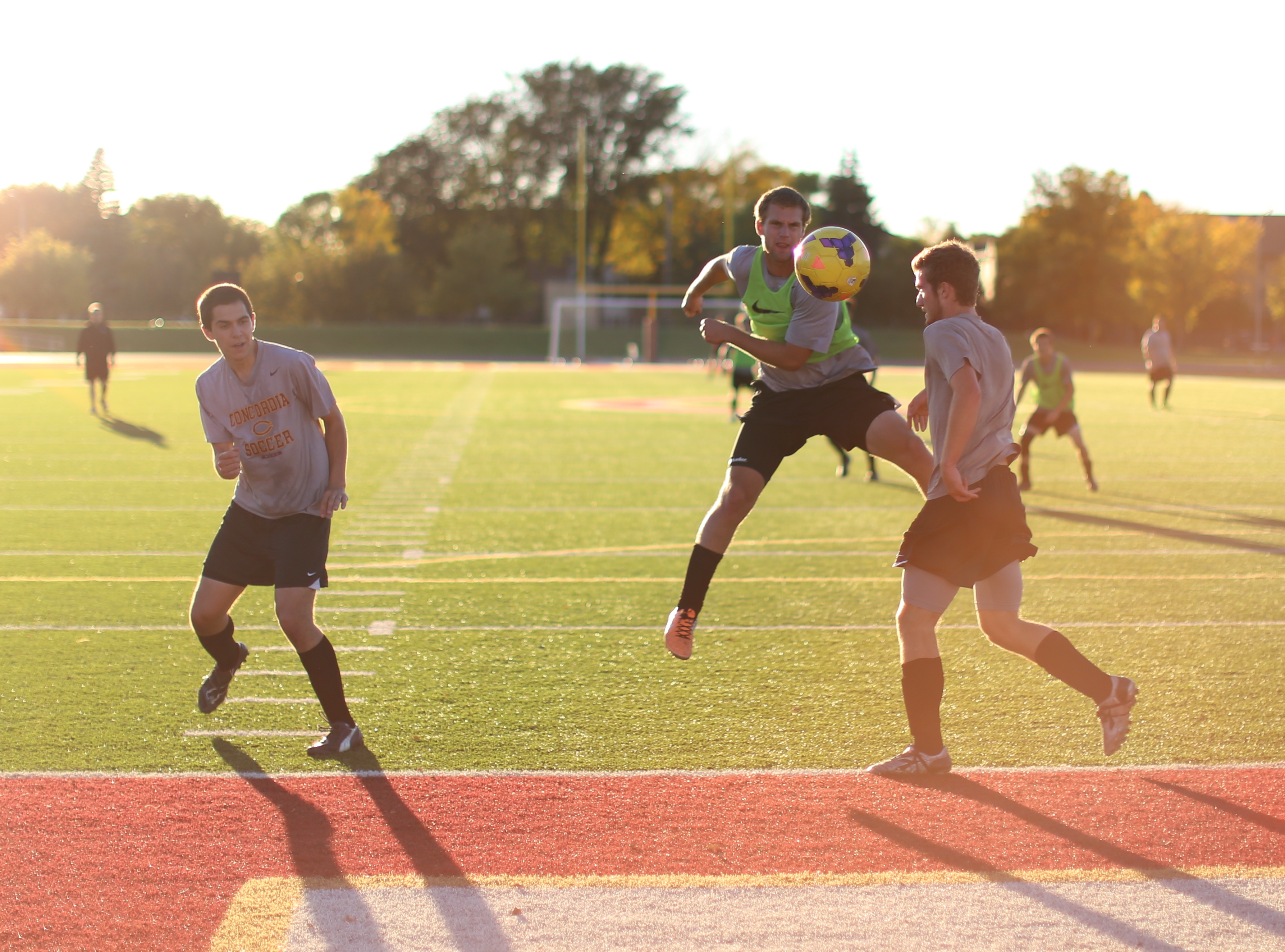 Team identity is a hard characteristic to achieve. The Concordia’s men’s soccer team has been configuring their identity for the past two years. This process started in 2012 with the arrival of head coach Ben Schneweis.

During the past two years, the men have been re-branding themselves and have been boding as a team. Schneweis feels this process enabled the team to take a turn in the right direction.

“As a soccer team, we weren’t doing very well a couple of years ago when I got here,” Schneweis said.

During the team’s recruiting process, they have been aiming to recruit skillful players who are ready to work hard on and off the field. One of Schneweis’s decision making techniques involves making sure the prospective players are able to handle the rigorous classes of Concordia.

Even after two years, the win-less record this team currently holds may not suggest change. However, their new level of competition and additional talented players has improved over the last two years of the recruitment movement.

Defender Kenny Nindorera believes the new era of players is contributing to the team’s identity and eventual on-field success in a positive manner. Nindorera feels the team’s success this year is an indicator of the positive turnaround.

“We are playing better than last year,” Nindorera said. “We just have to have a mentality. Maybe that’s what we need right now. That one win that will give us confidence.”

With 15 freshman recruits coming in, team co-captain Justin Flack hopes to improve his leadership skills and is looking forward to seeing Concordia at this year’s playoffs.

“Pushing the program in the right direction … is essentially the biggest goal of mine,” Flack said.

According to Flack, with the playoffs being expanded from four to six teams, the Cobbers, who were ranked eighth in a pre-season poll, are looking to make a push. However, this is a goal that players approach with a motivated but realistic attitude.

After being recruited from Germany, sophomore midfielder Sage Thornbrugh believes the team’s competitive play will pay off at some point.

“I think we have to be realistic,” Thornbrugh said. “It’s hard for four freshmen [starters] to come in and make the impact that the older kids can make.”

Even with most of the older kids gone, the team understands their current on-field hardships are preparing them for better things to come.

“He [Schneweis] wants us to play really hard games so we can get used to it when we play in our conference,” Thornbrugh said.

When it comes down to it, the team is currently formulating a plan so they can effectively balance their competitive side both on and off the field. Academically the team is one of the best units of athletic students in Concordia. According to Schneweis, the team has maintained a GPA over 3.0 since his arrival.

On the field, the team’s losses have been frustrating, but they have come in the hands of worthy and nationally ranked opponents. In their process to form an identity and make it to the playoffs, there is hope in the two-year journey Cobber soccer has been on.

“We have the players, we have the skills and we have the ability to have a great season,” Nindorera said. “I know the statistics are against us right now … but I believe in our team.”