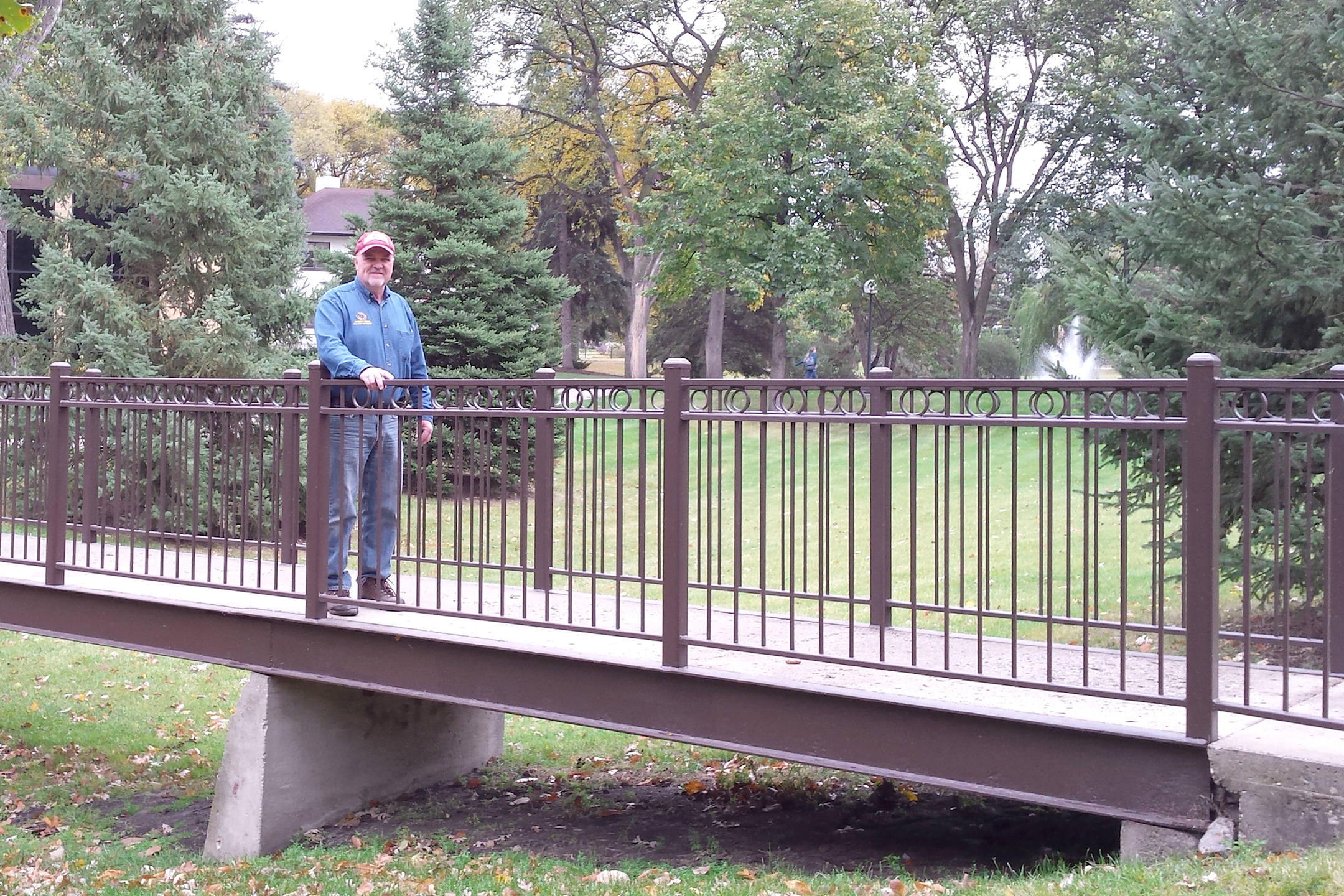 All around campus, an individual will find the handiwork of one man.

Ron Sauvageau is Concordia’s fabricator, one who makes and welds metal, and the campus would be pretty sparse without his work. Sauvageau works with a number of different tools and metals to make fixtures around campus.

“No matter what trade is working, if they come up with something metal, they go to Ron,” said Wayne Flack, director of facilities.

This summer, Sauvageau worked on the bike shelter outside of Knutson Campus Center, the bridge next to Fjelstad and the new railings on Bogstad Manor. In the last couple of weeks, he has been working on the fire gates next to Memorial Auditorium and Olson Forum which were made to match the fencing that lines Eighth Street. At the moment, Sauvageau says he is working on a couple of rib-caged bicycle racks.

While the process of fabricating a project lies on Sauvageau, he does have others in Facilities Management who work with him to complete projects. After Facilities Management receives a request for a new project, it goes to Brenda Jarolimek, the project support specialist, who makes and designs the item. For some of the larger projects, such as the new bike shelter, Jarolimek’s design will be sent to an outside engineering company to make sure that the design will function properly. Only once this has all been completed will Jarolimek send the design to Sauvageau, who then determines how to build it.

“He just takes what I give him and goes with it,” Jarolimek said.

Determining how to build a project requires Sauvageau to determine what kinds of metal to use, which tools he will need and the layout of where drilling or welding.

Before coming and working at Concordia, Sauvageau worked at a custom metal fabrication shop where he dealt with similar projects at Concordia. Now, he has been working at Concordia for over 16 years. Sauvageau mainly works with steel, stainless steel, cast iron, aluminum, copper and bronze, which is unusual, according to Flack.

“Not everyone has the knowledge or training to do the stainless steel or cast iron,” Flack said. “Most just work with steel.”

While he does the fabrication work on his own, the other departments within Facilities Management help by bringing installments to the right locations and painting them. Sauvageau also makes smaller items that the departments may need, such as creating electrical paneling for the campus electricians.

When Concordia finished building the Offutt School of Business, there was an outside stairwell that was not needed anymore. Sauvageau refurbished it by turning it into a balcony that is now used by Grounds Services for increased storage.

“It was my biggest, but not hardest project,” Sauvageau said.

Sauvageau’s work jumps from one project to another. Sauvageau also works on the grounds and maintenance machines and dining services stainless steel appliances when needed.

“There is something different every day,” Sauvageau said. “I can get creative with it.”